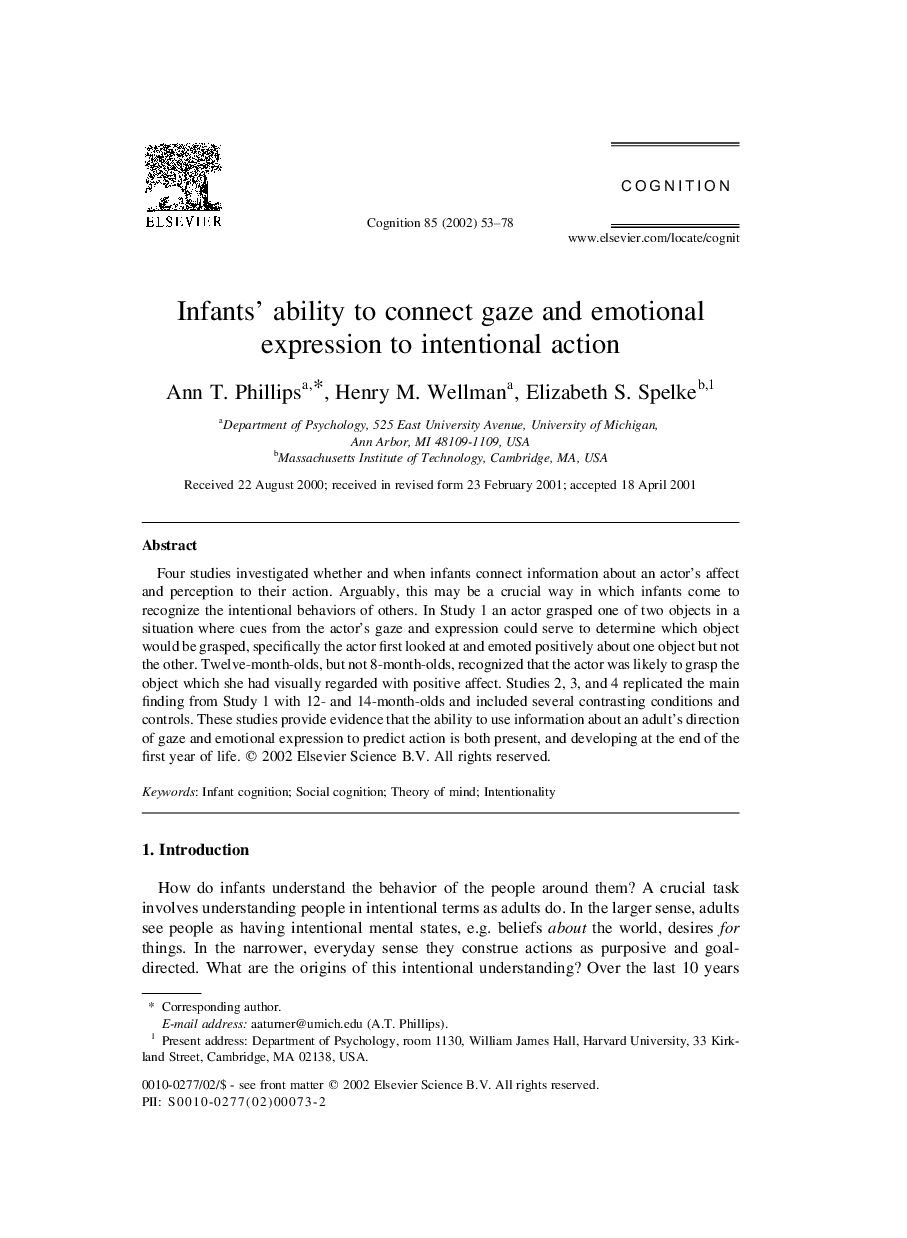 Abstract Four studies investigated whether and when infants connect information about an actor's affect and perception to their action. Arguably, this may be a crucial way in which infants come to recognize the intentional behaviors of others. In Study 1 an actor grasped one of two objects in a situation where cues from the actor's gaze and expression could serve to determine which object would be grasped, specifically the actor first looked at and emoted positively about one object but not the other. Twelve-month-olds, but not 8-month-olds, recognized that the actor was likely to grasp the object which she had visually regarded with positive affect. Studies 2, 3, and 4 replicated the main finding from Study 1 with 12- and 14-month-olds and included several contrasting conditions and controls. These studies provide evidence that the ability to use information about an adult's direction of gaze and emotional expression to predict action is both present, and developing at the end of the first year of life.