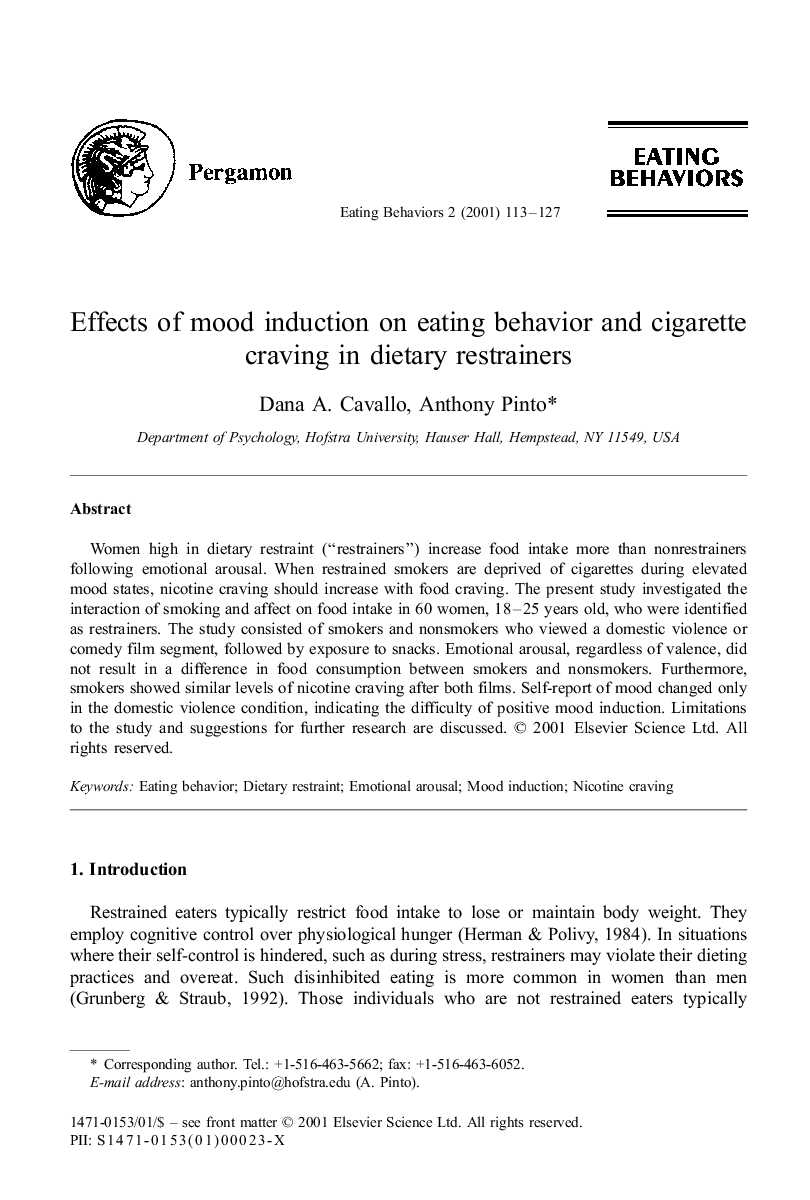 Women high in dietary restraint (“restrainers”) increase food intake more than nonrestrainers following emotional arousal. When restrained smokers are deprived of cigarettes during elevated mood states, nicotine craving should increase with food craving. The present study investigated the interaction of smoking and affect on food intake in 60 women, 18–25 years old, who were identified as restrainers. The study consisted of smokers and nonsmokers who viewed a domestic violence or comedy film segment, followed by exposure to snacks. Emotional arousal, regardless of valence, did not result in a difference in food consumption between smokers and nonsmokers. Furthermore, smokers showed similar levels of nicotine craving after both films. Self-report of mood changed only in the domestic violence condition, indicating the difficulty of positive mood induction. Limitations to the study and suggestions for further research are discussed.