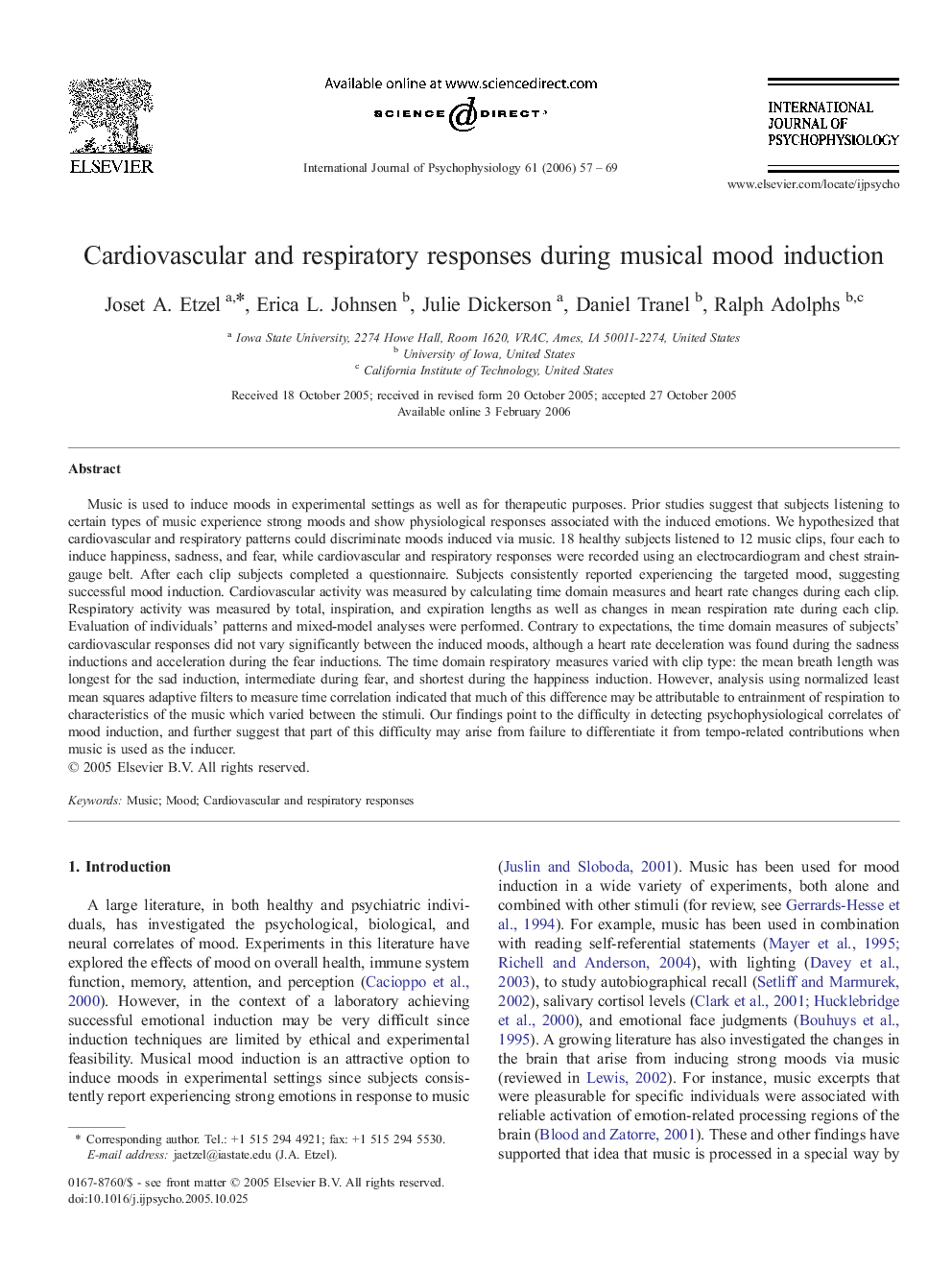 Music is used to induce moods in experimental settings as well as for therapeutic purposes. Prior studies suggest that subjects listening to certain types of music experience strong moods and show physiological responses associated with the induced emotions. We hypothesized that cardiovascular and respiratory patterns could discriminate moods induced via music. 18 healthy subjects listened to 12 music clips, four each to induce happiness, sadness, and fear, while cardiovascular and respiratory responses were recorded using an electrocardiogram and chest strain-gauge belt. After each clip subjects completed a questionnaire. Subjects consistently reported experiencing the targeted mood, suggesting successful mood induction. Cardiovascular activity was measured by calculating time domain measures and heart rate changes during each clip. Respiratory activity was measured by total, inspiration, and expiration lengths as well as changes in mean respiration rate during each clip. Evaluation of individuals' patterns and mixed-model analyses were performed. Contrary to expectations, the time domain measures of subjects' cardiovascular responses did not vary significantly between the induced moods, although a heart rate deceleration was found during the sadness inductions and acceleration during the fear inductions. The time domain respiratory measures varied with clip type: the mean breath length was longest for the sad induction, intermediate during fear, and shortest during the happiness induction. However, analysis using normalized least mean squares adaptive filters to measure time correlation indicated that much of this difference may be attributable to entrainment of respiration to characteristics of the music which varied between the stimuli. Our findings point to the difficulty in detecting psychophysiological correlates of mood induction, and further suggest that part of this difficulty may arise from failure to differentiate it from tempo-related contributions when music is used as the inducer.