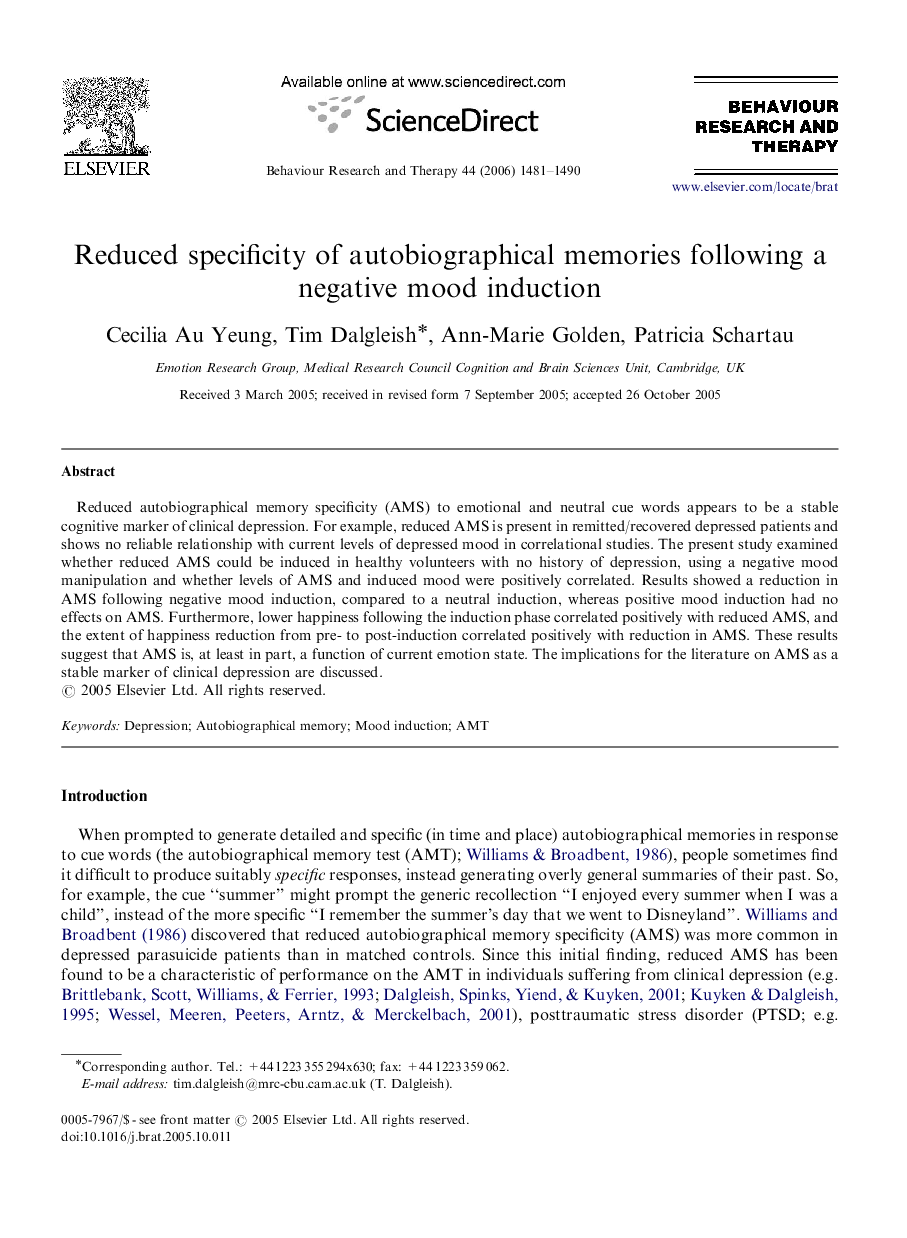 Reduced autobiographical memory specificity (AMS) to emotional and neutral cue words appears to be a stable cognitive marker of clinical depression. For example, reduced AMS is present in remitted/recovered depressed patients and shows no reliable relationship with current levels of depressed mood in correlational studies. The present study examined whether reduced AMS could be induced in healthy volunteers with no history of depression, using a negative mood manipulation and whether levels of AMS and induced mood were positively correlated. Results showed a reduction in AMS following negative mood induction, compared to a neutral induction, whereas positive mood induction had no effects on AMS. Furthermore, lower happiness following the induction phase correlated positively with reduced AMS, and the extent of happiness reduction from pre- to post-induction correlated positively with reduction in AMS. These results suggest that AMS is, at least in part, a function of current emotion state. The implications for the literature on AMS as a stable marker of clinical depression are discussed.