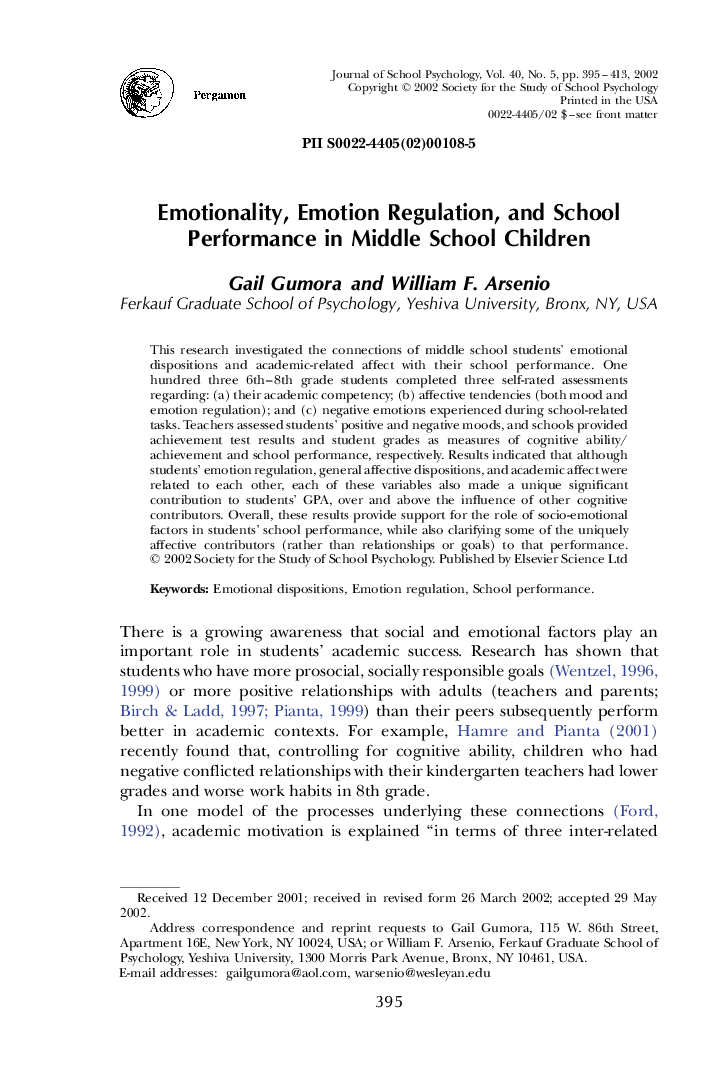 Abstract This research investigated the connections of middle school students' emotional dispositions and academic-related affect with their school performance. One hundred three 6th–8th grade students completed three self-rated assessments regarding: (a) their academic competency; (b) affective tendencies (both mood and emotion regulation); and (c) negative emotions experienced during school-related tasks. Teachers assessed students' positive and negative moods, and schools provided achievement test results and student grades as measures of cognitive ability/achievement and school performance, respectively. Results indicated that although students' emotion regulation, general affective dispositions, and academic affect were related to each other, each of these variables also made a unique significant contribution to students' GPA, over and above the influence of other cognitive contributors. Overall, these results provide support for the role of socio-emotional factors in students' school performance, while also clarifying some of the uniquely affective contributors (rather than relationships or goals) to that performance.