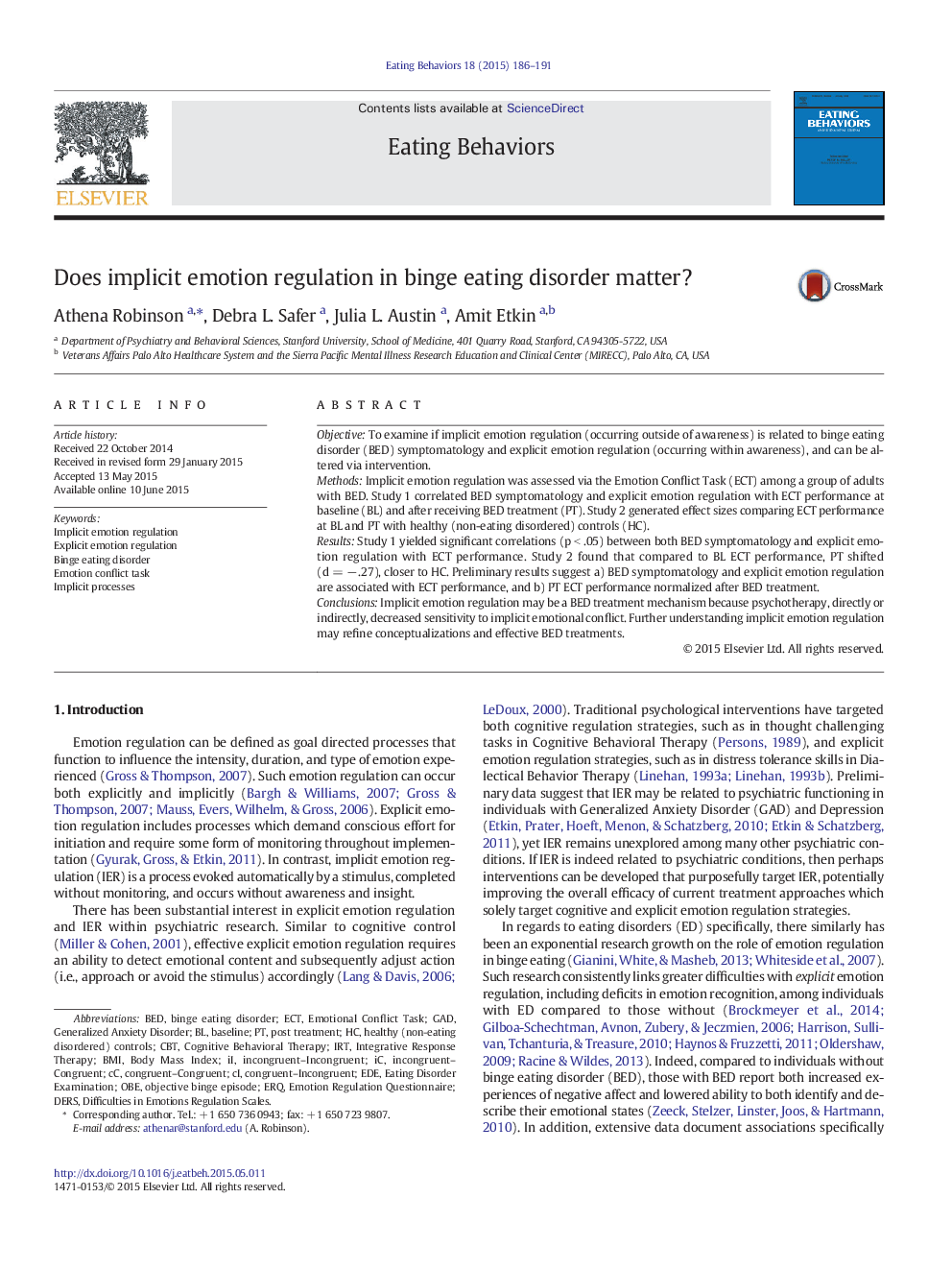 5. Conclusion In summary, there are several benefits to incorporating IER measurement in BED research. First, and as these results demonstrate, IER is linked to BED symptomatology and explicit emotion regulation both before and after BED treatment. As such, IER may facilitate differentiation of those with BED from healthy controls. In addition, IER changes may be the means by which BED improves in treatment because psychotherapy, directly or indirectly, influenced it. In addition, because IER in BED is currently understudied, it is important to better understand how it does or does not play a role in binge eating (in the way that research has demonstrated explicit emotion regulation does Brockmeyer et al., 2014, Whiteside et al., 2007 and Womble et al., 2001) and further elucidate its role in AN and BN (Davidson and Wright, 2002, Dobson and Dozois, 2004, Fairburn et al., 1991 and Miller and Cohen, 2001). Together, such data may potentially inform and refine existing and/or novel theories and interventions focusing on the role IER plays in the etiology and maintenance of binge eating, and ideally augment current rates of treatment response.