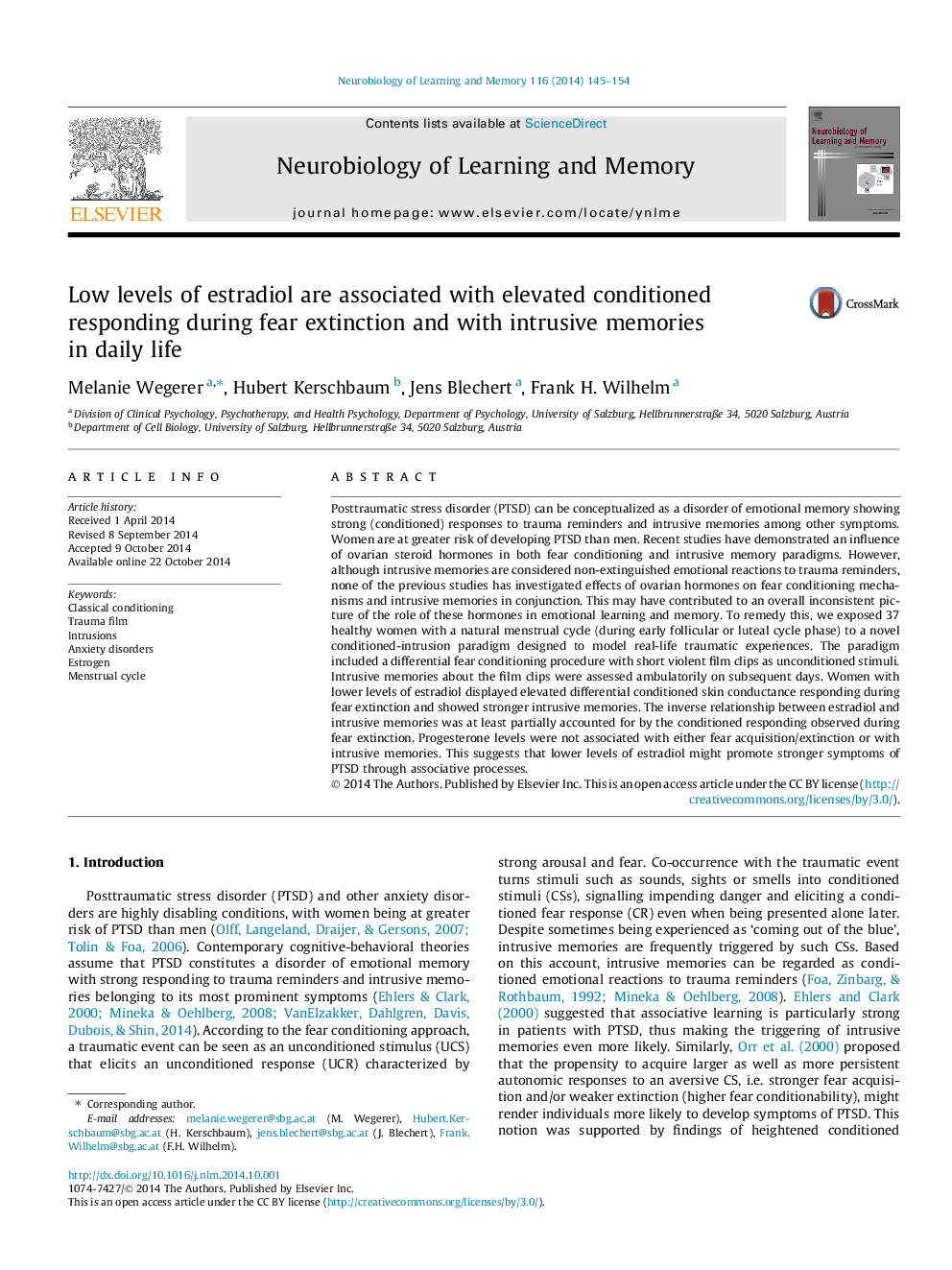 Abstract Posttraumatic stress disorder (PTSD) can be conceptualized as a disorder of emotional memory showing strong (conditioned) responses to trauma reminders and intrusive memories among other symptoms. Women are at greater risk of developing PTSD than men. Recent studies have demonstrated an influence of ovarian steroid hormones in both fear conditioning and intrusive memory paradigms. However, although intrusive memories are considered non-extinguished emotional reactions to trauma reminders, none of the previous studies has investigated effects of ovarian hormones on fear conditioning mechanisms and intrusive memories in conjunction. This may have contributed to an overall inconsistent picture of the role of these hormones in emotional learning and memory. To remedy this, we exposed 37 healthy women with a natural menstrual cycle (during early follicular or luteal cycle phase) to a novel conditioned-intrusion paradigm designed to model real-life traumatic experiences. The paradigm included a differential fear conditioning procedure with short violent film clips as unconditioned stimuli. Intrusive memories about the film clips were assessed ambulatorily on subsequent days. Women with lower levels of estradiol displayed elevated differential conditioned skin conductance responding during fear extinction and showed stronger intrusive memories. The inverse relationship between estradiol and intrusive memories was at least partially accounted for by the conditioned responding observed during fear extinction. Progesterone levels were not associated with either fear acquisition/extinction or with intrusive memories. This suggests that lower levels of estradiol might promote stronger symptoms of PTSD through associative processes.