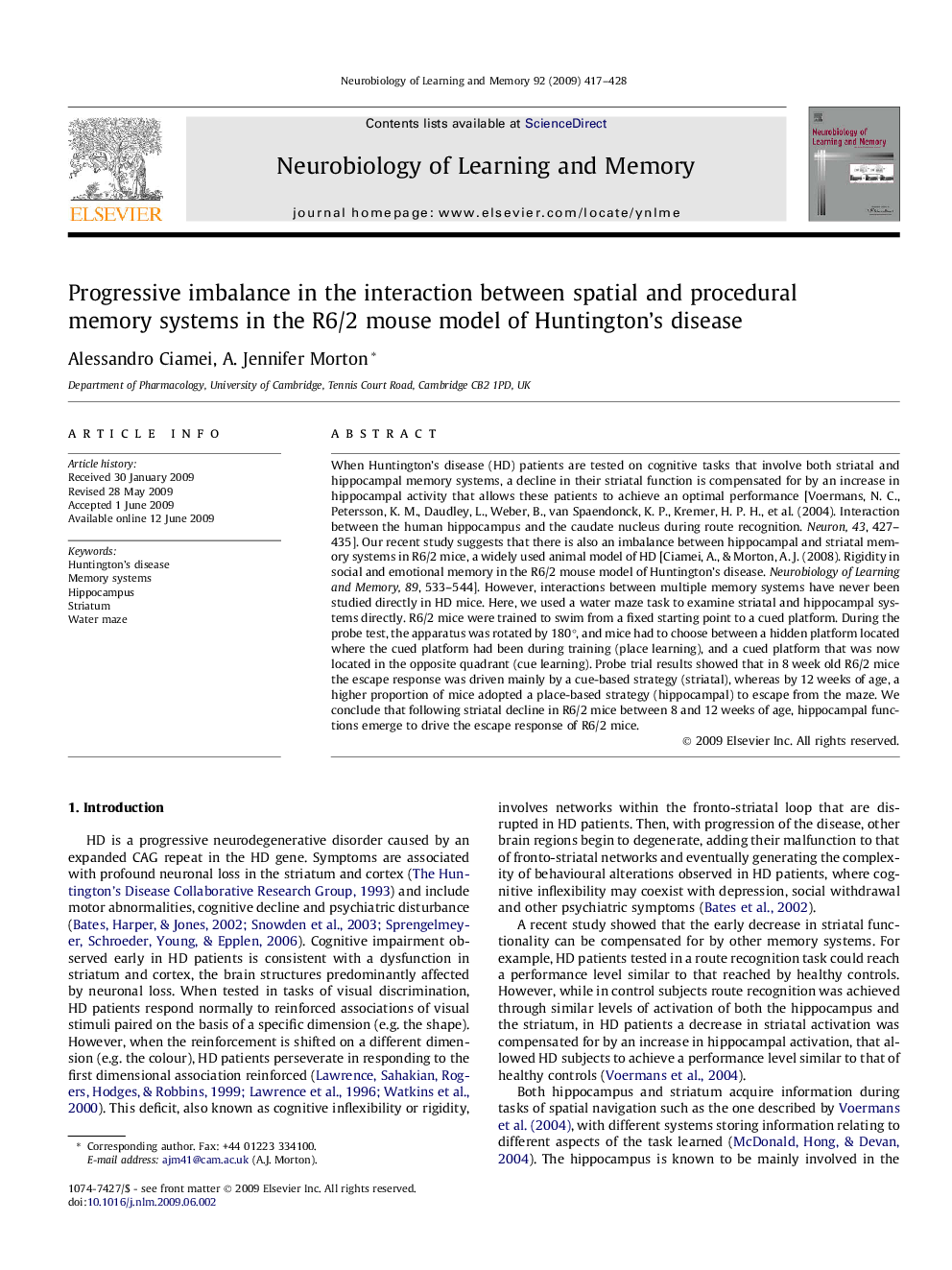 When Huntington’s disease (HD) patients are tested on cognitive tasks that involve both striatal and hippocampal memory systems, a decline in their striatal function is compensated for by an increase in hippocampal activity that allows these patients to achieve an optimal performance [Voermans, N. C., Petersson, K. M., Daudley, L., Weber, B., van Spaendonck, K. P., Kremer, H. P. H., et al. (2004). Interaction between the human hippocampus and the caudate nucleus during route recognition. Neuron, 43, 427–435]. Our recent study suggests that there is also an imbalance between hippocampal and striatal memory systems in R6/2 mice, a widely used animal model of HD [Ciamei, A., & Morton, A. J. (2008). Rigidity in social and emotional memory in the R6/2 mouse model of Huntington’s disease. Neurobiology of Learning and Memory, 89, 533–544]. However, interactions between multiple memory systems have never been studied directly in HD mice. Here, we used a water maze task to examine striatal and hippocampal systems directly. R6/2 mice were trained to swim from a fixed starting point to a cued platform. During the probe test, the apparatus was rotated by 180°, and mice had to choose between a hidden platform located where the cued platform had been during training (place learning), and a cued platform that was now located in the opposite quadrant (cue learning). Probe trial results showed that in 8 week old R6/2 mice the escape response was driven mainly by a cue-based strategy (striatal), whereas by 12 weeks of age, a higher proportion of mice adopted a place-based strategy (hippocampal) to escape from the maze. We conclude that following striatal decline in R6/2 mice between 8 and 12 weeks of age, hippocampal functions emerge to drive the escape response of R6/2 mice.