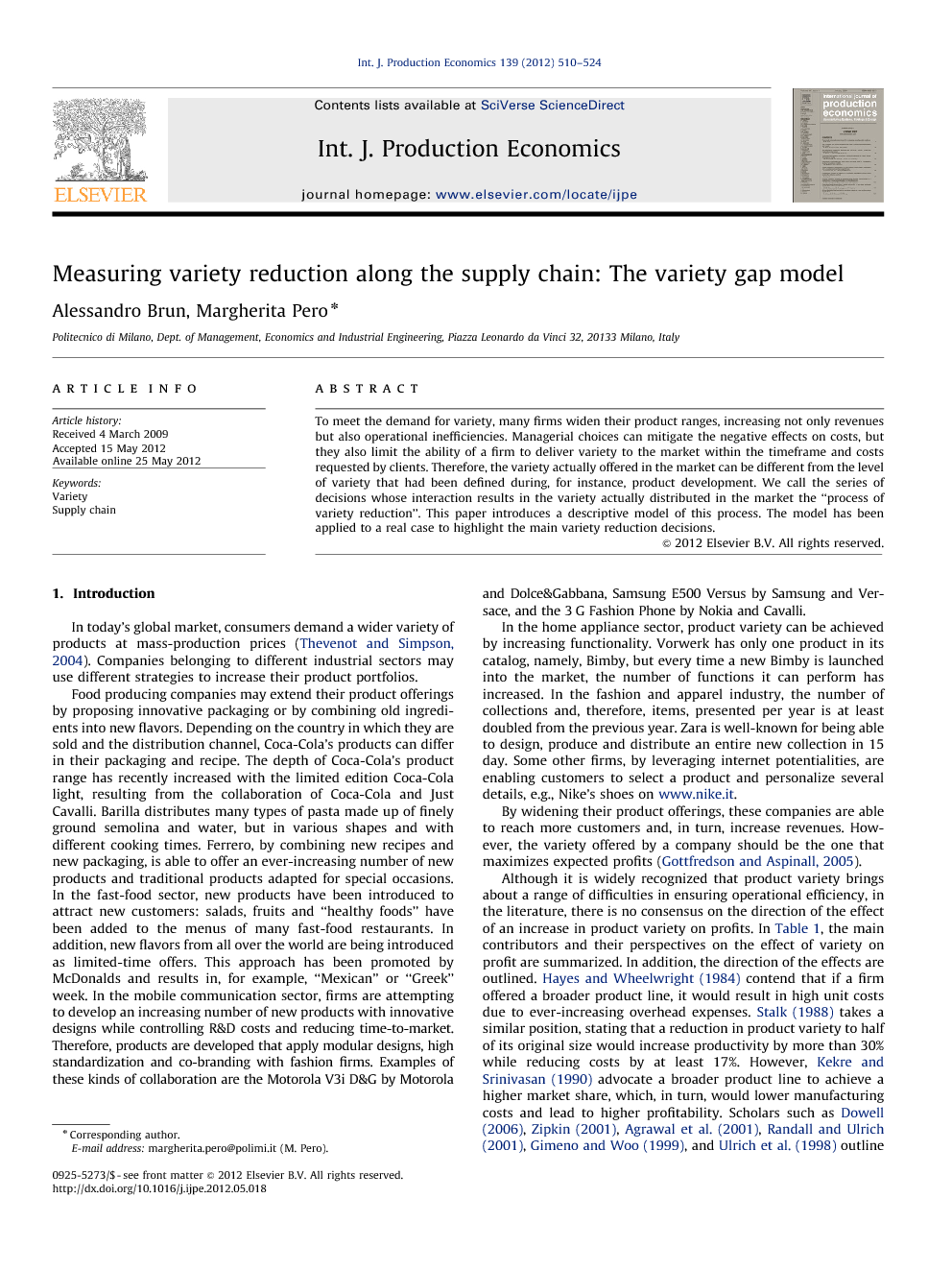 To meet the demand for variety, many firms widen their product ranges, increasing not only revenues but also operational inefficiencies. Managerial choices can mitigate the negative effects on costs, but they also limit the ability of a firm to deliver variety to the market within the timeframe and costs requested by clients. Therefore, the variety actually offered in the market can be different from the level of variety that had been defined during, for instance, product development. We call the series of decisions whose interaction results in the variety actually distributed in the market the “process of variety reduction”. This paper introduces a descriptive model of this process. The model has been applied to a real case to highlight the main variety reduction decisions.

Though the advance payment scheme can be seen in practice, it has not been addressed till now in the area of two-echelon trade credits. This paper develops an EOQ model with perishable items incorporating both the advance payment scheme and the two-echelon trade credits. After formulating the model, solution procedures are developed to determine the optimal price discount rate and optimal cycle length for the dominant retailer. The managerial implications of numerical results are clear and provide suitable framework to assess the relative profitability. In future research, this model can be extended to three-echelon supply chains. One can also extend the model into more realistic assumptions, such as allowable shortages or finite replenishment rate.