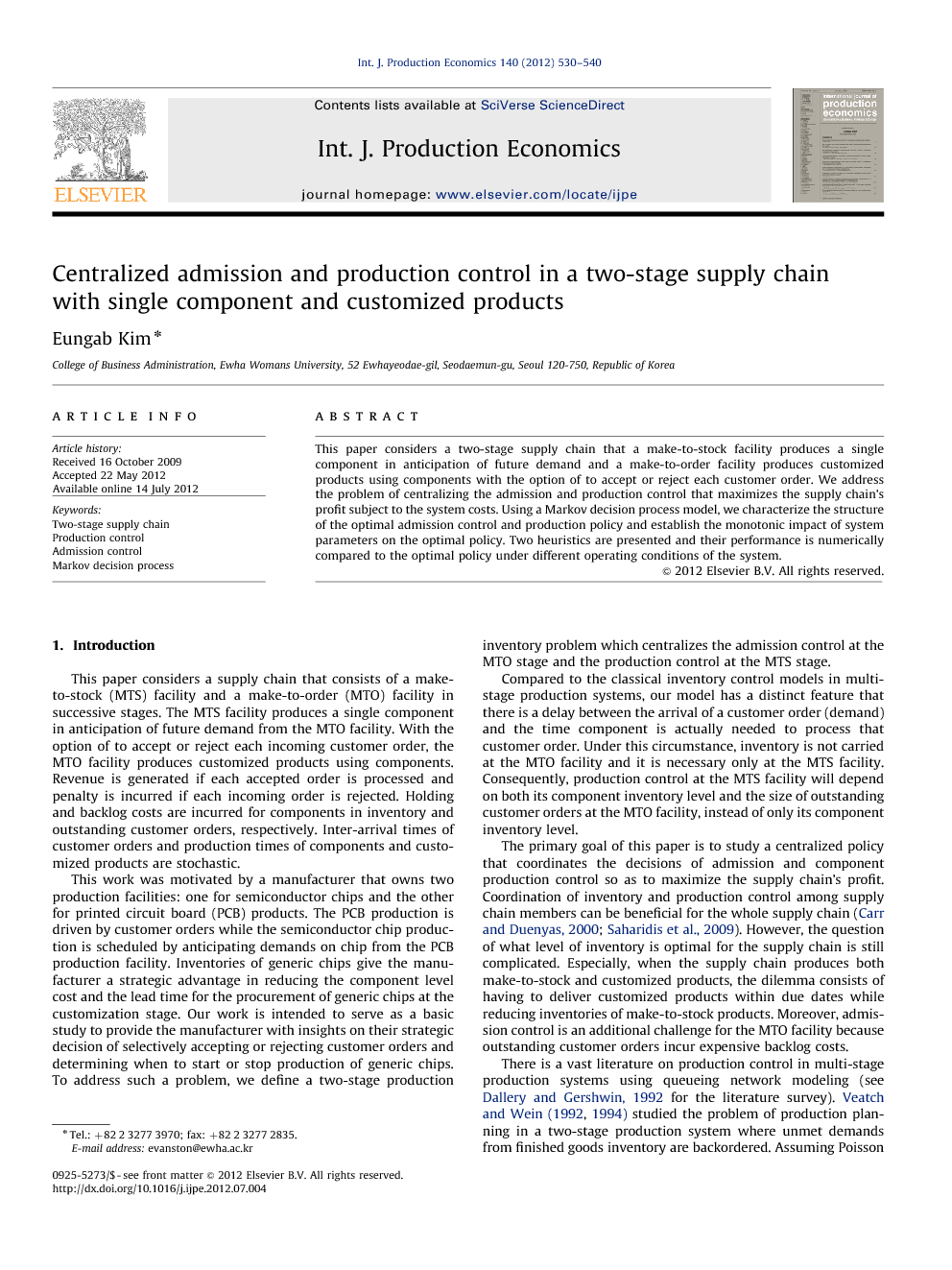 This paper considers a two-stage supply chain that a make-to-stock facility produces a single component in anticipation of future demand and a make-to-order facility produces customized products using components with the option of to accept or reject each customer order. We address the problem of centralizing the admission and production control that maximizes the supply chain's profit subject to the system costs. Using a Markov decision process model, we characterize the structure of the optimal admission control and production policy and establish the monotonic impact of system parameters on the optimal policy. Two heuristics are presented and their performance is numerically compared to the optimal policy under different operating conditions of the system.

The primary goal of this paper is to investigate a model to jointly manage production and admission control for a two-stage supply chain with make-to-order and make-to-stock facilities. Using a Markov decision process framework, we characterized the structure of the optimal production and admission control by two monotone switching curves and showed that these curves are monotonically shifted as the revenue and rejection cost are changed. In addition, we examined the optimal control under the special conditions on problem parameters and identified certain limits beyond which accepting an incoming order and producing a component can be never optimal. With a understanding of the structure of the optimal policy, we present two types of heuristics. Admission and production decisions are dynamically managed by two switching functions in the first heuristic while it is done by static thresholds in the second heuristic. Through an extensive numerical experiment, we examined how much the dynamic control is effective and under what conditions it is much more favorable over the static control. Test results showed that the first heuristic is near optimal unless unit holding cost is larger than unit backlog cost. One of the major extensions to the current model is to consider setup penalties incurred when component production is switched on and off. The other direction of the future research is to consider a problem in which the make-to-stock system produces multiple types of components and only one type component is required for the make-to-order operation. In this case, the decision on production switching should be made in addition to the admission and production controls.