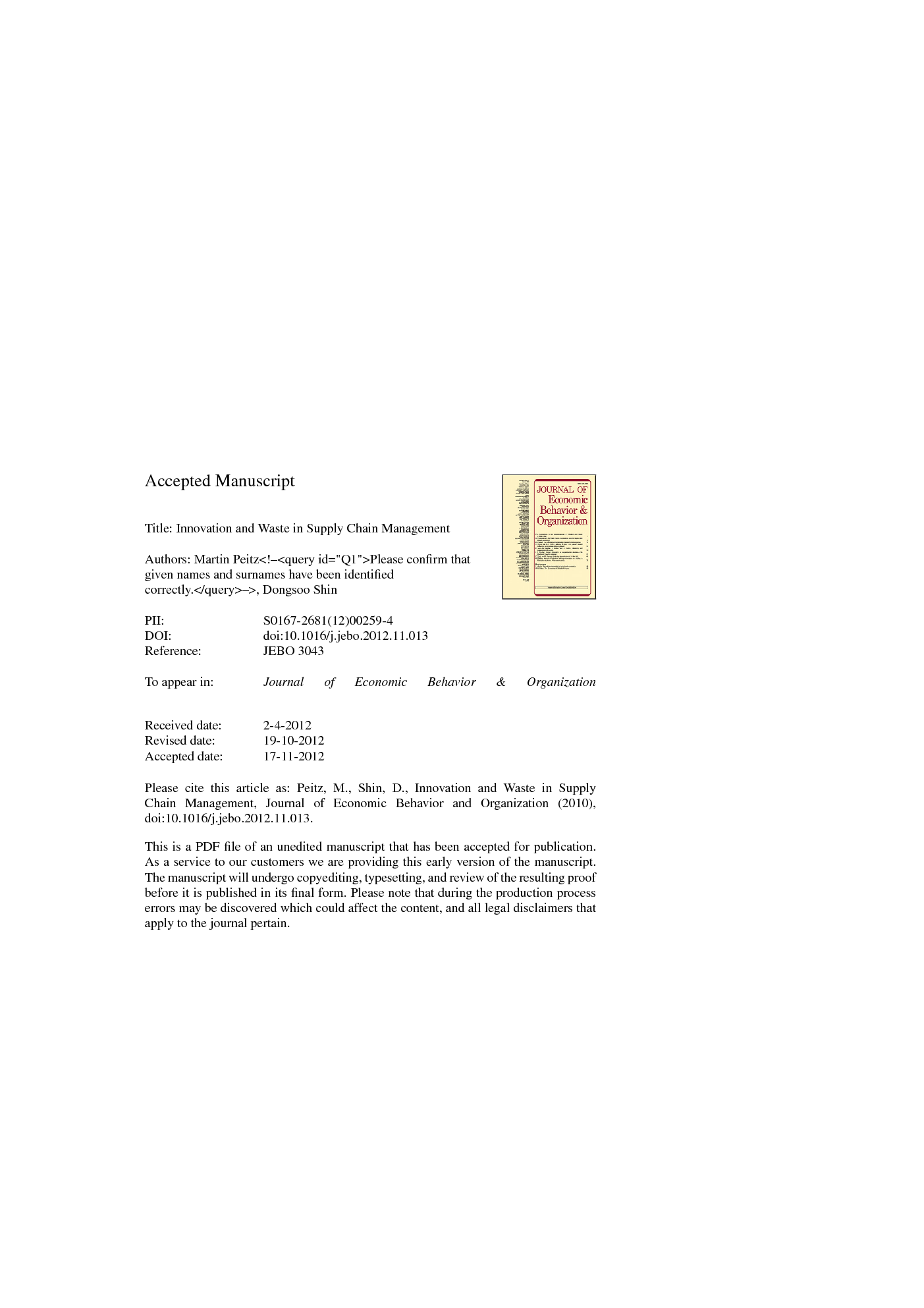 One of the stated goals in supply-chain management is the reduction in waste.14 Such an objective requires a set of cooperative actions in the supply chain relationship. However, those actions are often not in the best interest of the parties in such a relationship. As this paper shows, eliminating waste may conflict with incentive provision in vertical contracting. Waste may systematically emerge in a supply chain where production of a component is outsourced to the upstream supplier. In particular, when production of the component from the supplier involves process innovation, waste of input may emerge as part of the optimal output schedule when the R&D cost is sufficiently large. We close this paper by briefly discussing the possibility of hiring a third party R&D firm. If the supplier hires the R&D firm, then the resulting distortions in the optimal outcome will be the same as those we have discussed in this paper. If the buyer hires the R&D firm for the supplier, then in the absence of collusion between the supplier and the R&D firm, waste can be prevented. Since the R&D firm will not use the result of R&D that it conducted, hidden action and hidden information problems are completely separated. In such a case, if the supplier also learns the R&D result, then the buyer can achieve the first-best by making the offers to the R&D firm and the supplier also contingent to the other party's report on the R&D result.15 If such contingencies are not possible, then the buyer cannot induce the R&D firm's effort since the R&D result is soft information in our model.