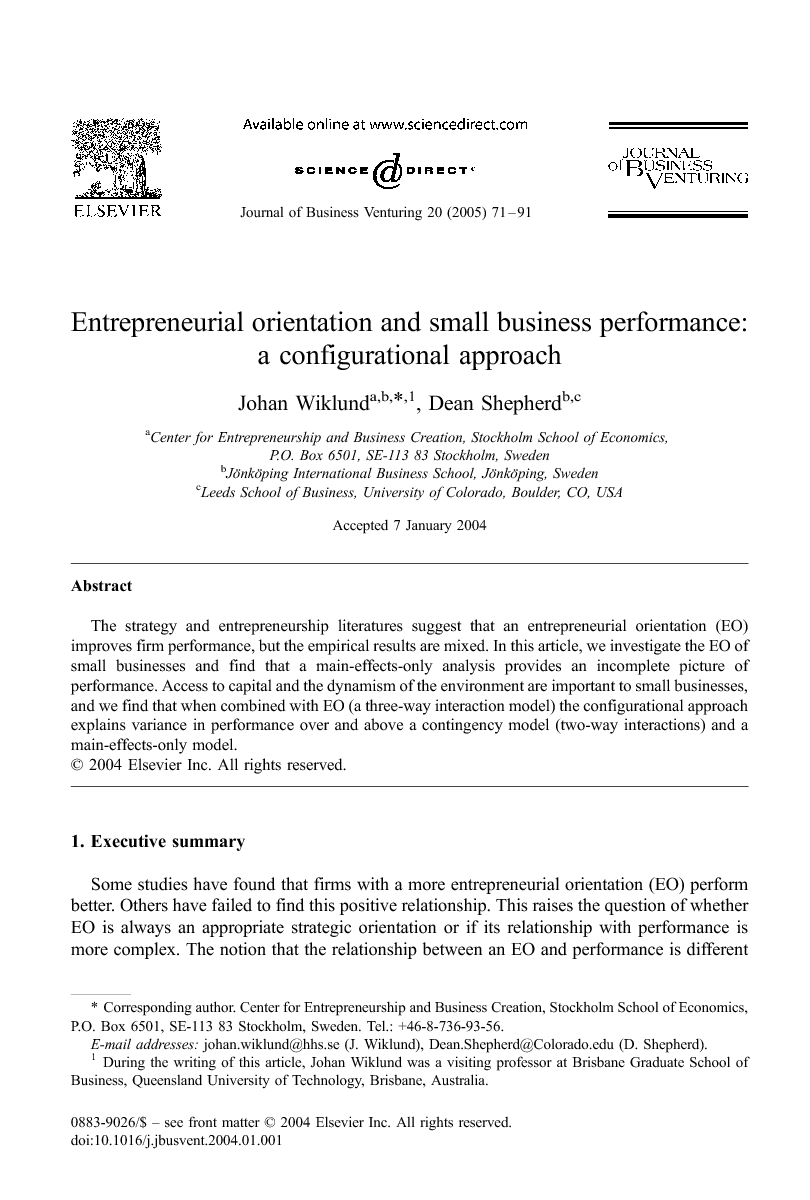 The strategy and entrepreneurship literatures suggest that an entrepreneurial orientation (EO) improves firm performance, but the empirical results are mixed. In this article, we investigate the EO of small businesses and find that a main-effects-only analysis provides an incomplete picture of performance. Access to capital and the dynamism of the environment are important to small businesses, and we find that when combined with EO (a three-way interaction model) the configurational approach explains variance in performance over and above a contingency model (two-way interactions) and a main-effects-only model.

Small businesses are important to most economies; therefore, investigation of their performance is a worthwhile scholarly endeavor. Consistent with previous research, we find that EO affects small business performance. The findings of this article show that relying solely on the main-effects-only relationships, however, provides an incomplete picture of small business performance. A more complete understanding arises from using a configurational approach: the appropriate alignment of an EO, access to capital, and environmental dynamism. More research needs to be conducted into configurational models, especially those that involve EO.