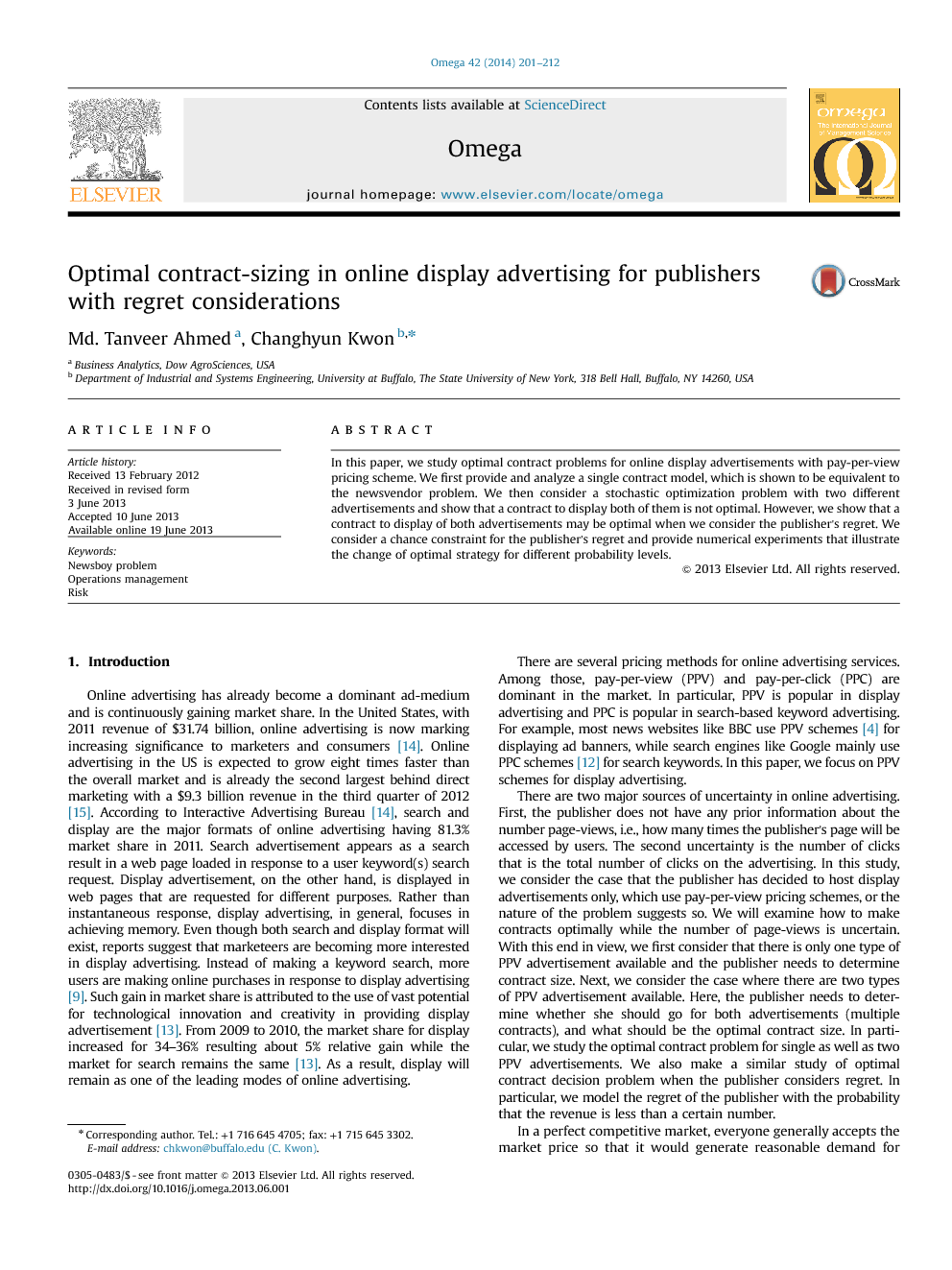 In this paper, we study optimal contract problems for online display advertisements with pay-per-view pricing scheme. We first provide and analyze a single contract model, which is shown to be equivalent to the newsvendor problem. We then consider a stochastic optimization problem with two different advertisements and show that a contract to display both of them is not optimal. However, we show that a contract to display of both advertisements may be optimal when we consider the publisher's regret. We consider a chance constraint for the publisher's regret and provide numerical experiments that illustrate the change of optimal strategy for different probability levels.

Advertising in the Internet uses different types of display and pricing mechanism. Accordingly, there are many new and unresolved decision problems in online advertising. The problem of finding optimum contract size for single and two display advertisements is considered here. In display advertising, revenue is generated through impression based pricing which uses pay-per-view (PPV) pricing basis. We have provided and analyzed stochastic optimization formulations for optimal contract sizing problems in online display advertising. We first considered the single contract-sizing problem (the aggregate model). We have shown that it is equivalent to the well-known newsvendor problem, despite the fact that uncertainty comes from the exactly opposite source (capacity vs. demand). With this equivalence, the rich theory of the newsvendor problem will find a new application in online advertising. We also considered an optimization problem when there are two types of display advertisements available. Very importantly, we have shown that a contract to display both advertisements is never optimal if the publisher is neutral and there is no other constraint; hence we only need to consider a single contract-sizing problem. We called such a solution the neutral solution. For single PPV advertisement, we consider a chance constraint that models the publisher's regret. In particular, we considered that the probability of the revenue being less than the revenue from the neutral solution is less than or equal to a certain probability threshold. We have studied how the solution changes as the probability threshold changes. We performed a similar study with two PPV advertisements. Our specific findings are as follows: