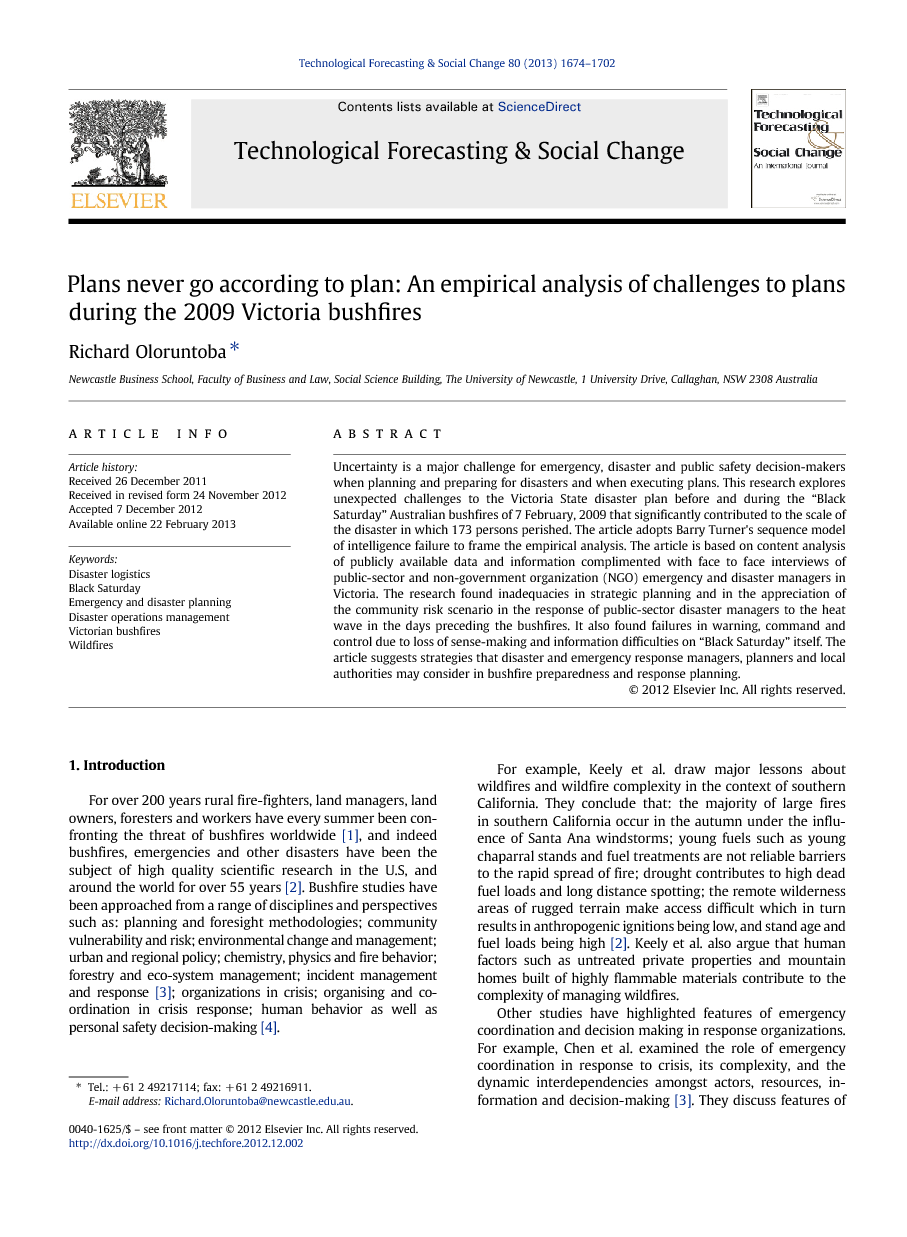 Uncertainty is a major challenge for emergency, disaster and public safety decision-makers when planning and preparing for disasters and when executing plans. This research explores unexpected challenges to the Victoria State disaster plan before and during the “Black Saturday” Australian bushfires of 7 February, 2009 that significantly contributed to the scale of the disaster in which 173 persons perished. The article adopts Barry Turner's sequence model of intelligence failure to frame the empirical analysis. The article is based on content analysis of publicly available data and information complimented with face to face interviews of public-sector and non-government organization (NGO) emergency and disaster managers in Victoria. The research found inadequacies in strategic planning and in the appreciation of the community risk scenario in the response of public-sector disaster managers to the heat wave in the days preceding the bushfires. It also found failures in warning, command and control due to loss of sense-making and information difficulties on “Black Saturday” itself. The article suggests strategies that disaster and emergency response managers, planners and local authorities may consider in bushfire preparedness and response planning.