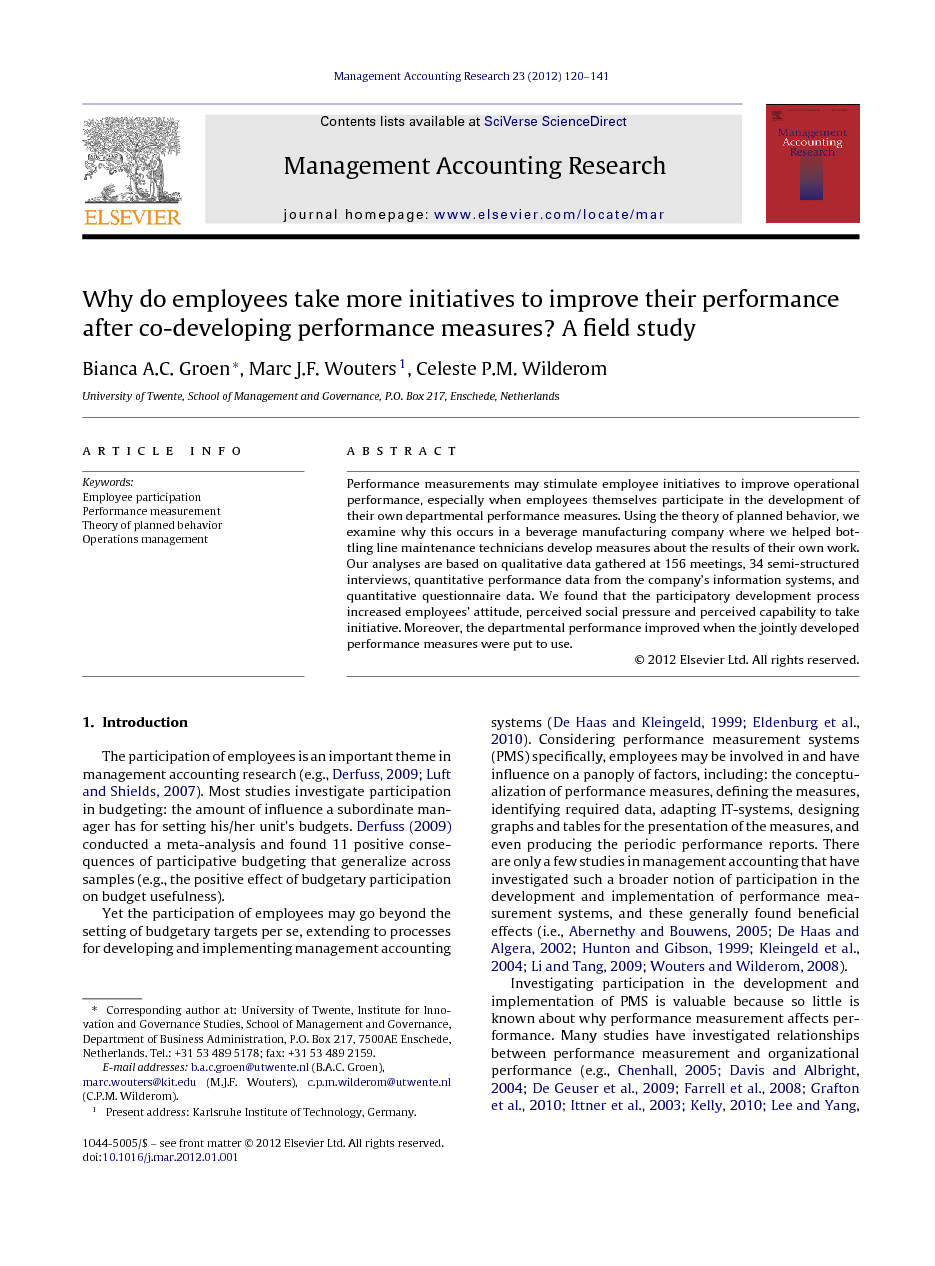 Performance measurements may stimulate employee initiatives to improve operational performance, especially when employees themselves participate in the development of their own departmental performance measures. Using the theory of planned behavior, we examine why this occurs in a beverage manufacturing company where we helped bottling line maintenance technicians develop measures about the results of their own work. Our analyses are based on qualitative data gathered at 156 meetings, 34 semi-structured interviews, quantitative performance data from the company's information systems, and quantitative questionnaire data. We found that the participatory development process increased employees’ attitude, perceived social pressure and perceived capability to take initiative. Moreover, the departmental performance improved when the jointly developed performance measures were put to use.