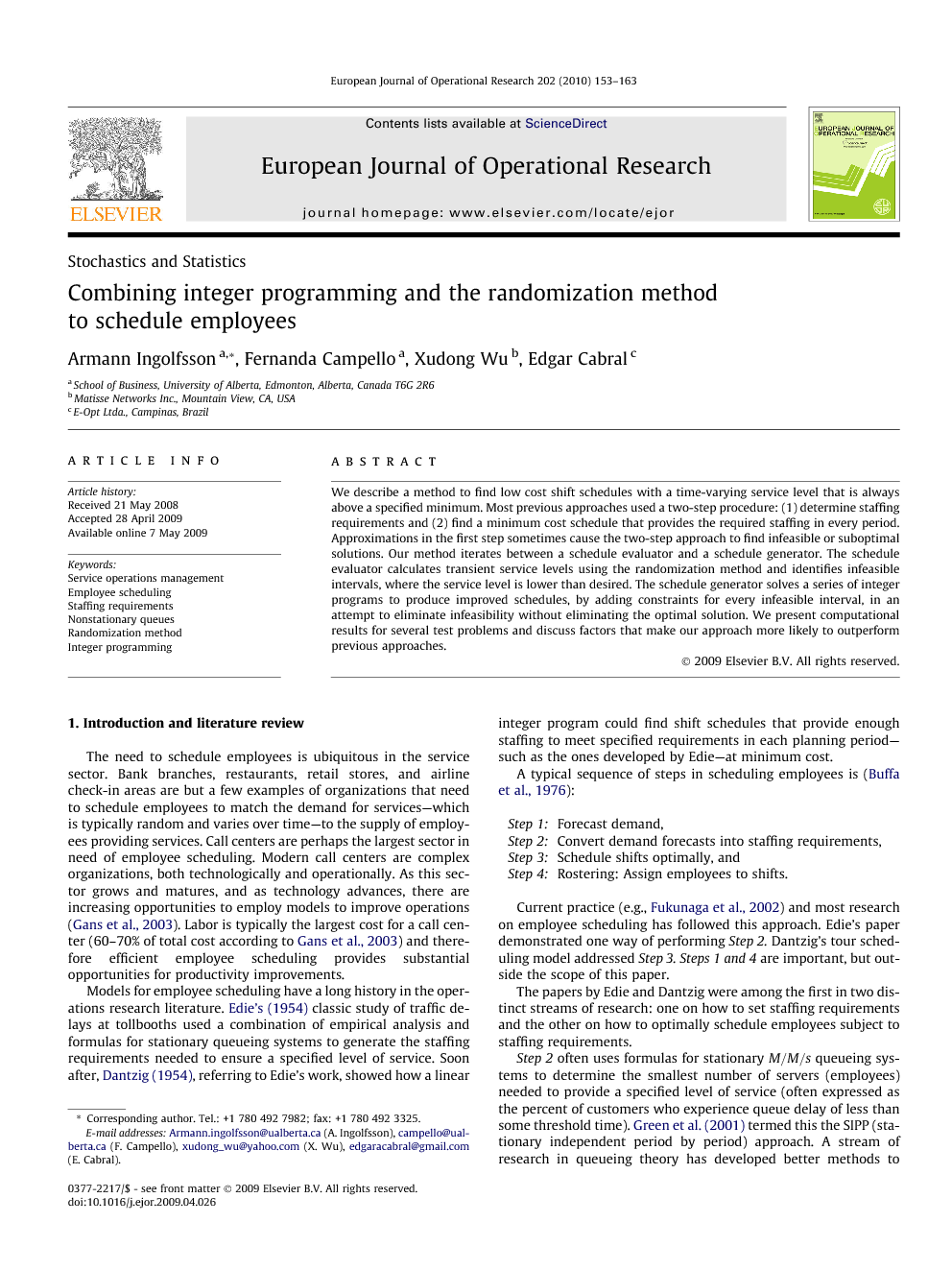 We describe a method to find low cost shift schedules with a time-varying service level that is always above a specified minimum. Most previous approaches used a two-step procedure: (1) determine staffing requirements and (2) find a minimum cost schedule that provides the required staffing in every period. Approximations in the first step sometimes cause the two-step approach to find infeasible or suboptimal solutions. Our method iterates between a schedule evaluator and a schedule generator. The schedule evaluator calculates transient service levels using the randomization method and identifies infeasible intervals, where the service level is lower than desired. The schedule generator solves a series of integer programs to produce improved schedules, by adding constraints for every infeasible interval, in an attempt to eliminate infeasibility without eliminating the optimal solution. We present computational results for several test problems and discuss factors that make our approach more likely to outperform previous approaches.