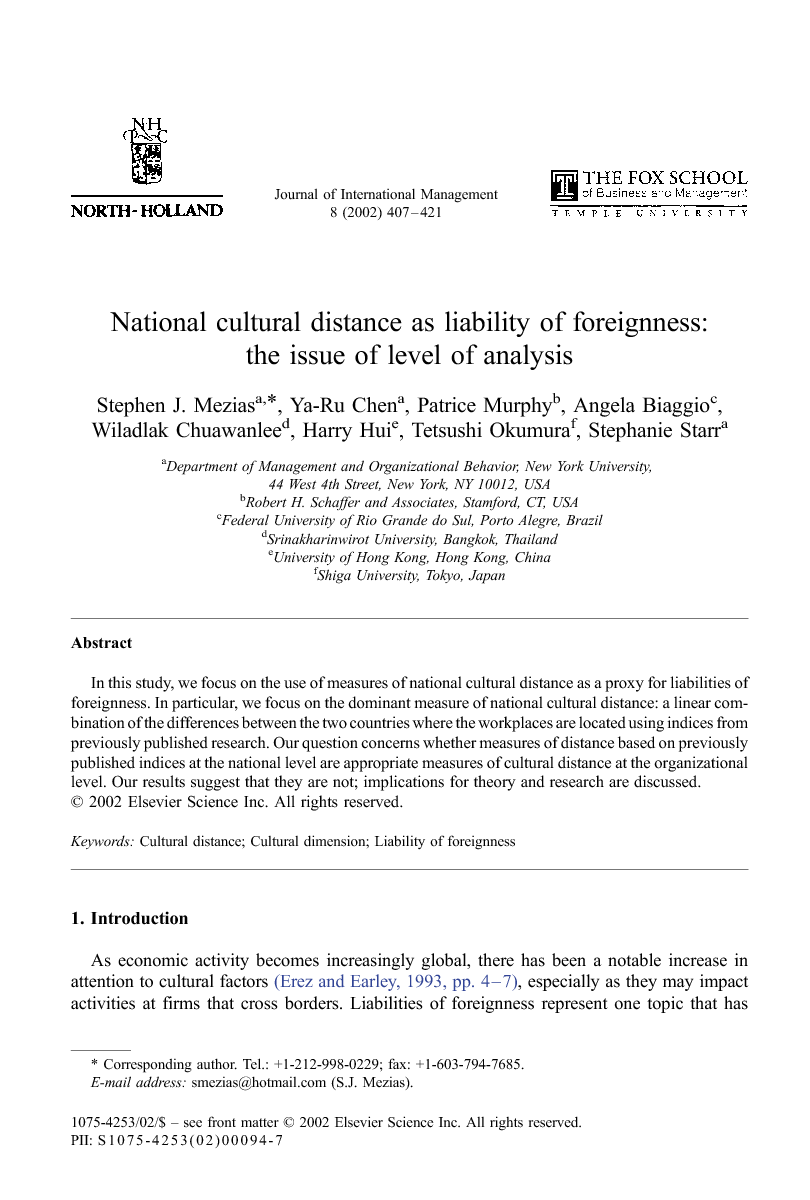 In this study, we focus on the use of measures of national cultural distance as a proxy for liabilities of foreignness. In particular, we focus on the dominant measure of national cultural distance: a linear combination of the differences between the two countries where the workplaces are located using indices from previously published research. Our question concerns whether measures of distance based on previously published indices at the national level are appropriate measures of cultural distance at the organizational level. Our results suggest that they are not; implications for theory and research are discussed.