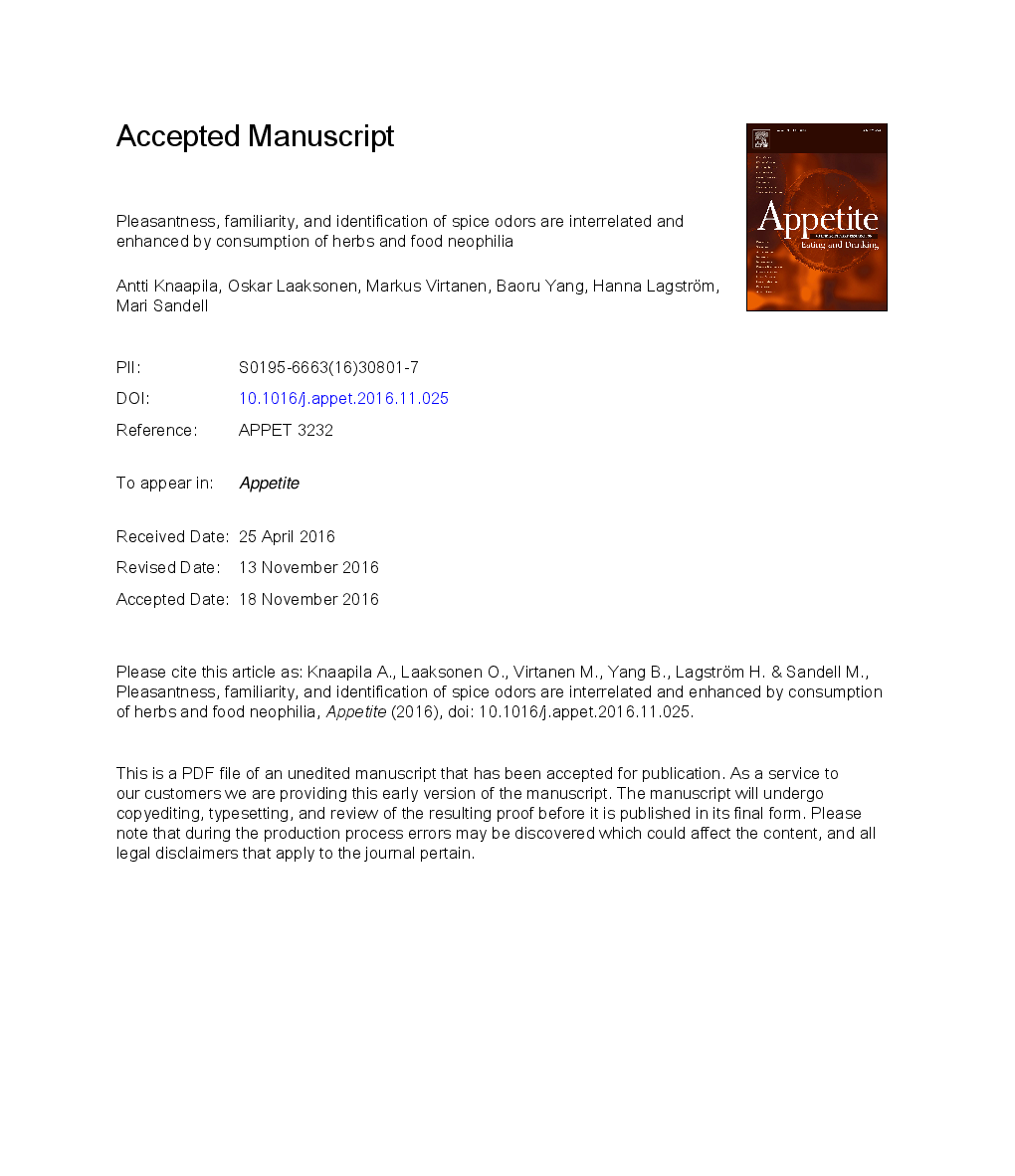 The primary dimension of odor is pleasantness, which is associated with a multitude of factors. We investigated how the pleasantness, familiarity, and identification of spice odors were associated with each other and with the use of the respective spice, overall use of herbs, and level of food neophobia. A total of 126 adults (93 women, 33 men; age 25â61 years, mean 39 years) rated the odors from 12 spices (oregano, anise, rosemary, mint, caraway, sage, thyme, cinnamon, fennel, marjoram, garlic, and clove) for pleasantness and familiarity, and completed a multiple-choice odor identification. Data on the use of specific spices, overall use of herbs, and Food Neophobia Scale score were collected using an online questionnaire. Familiar odors were mostly rated as pleasant (except garlic), whereas unfamiliar odors were rated as neutral (rÂ =Â 0.63). We observed consistent and often significant trends that suggested the odor pleasantness and familiarity were positively associated with the correct odor identification, consumption of the respective spice, overall use of herbs, and food neophilia. Our results suggest that knowledge acquisition through repetitive exposure to spice odor with active attention may gradually increase the odor pleasantness within the framework set by the chemical characteristics of the aroma compound.