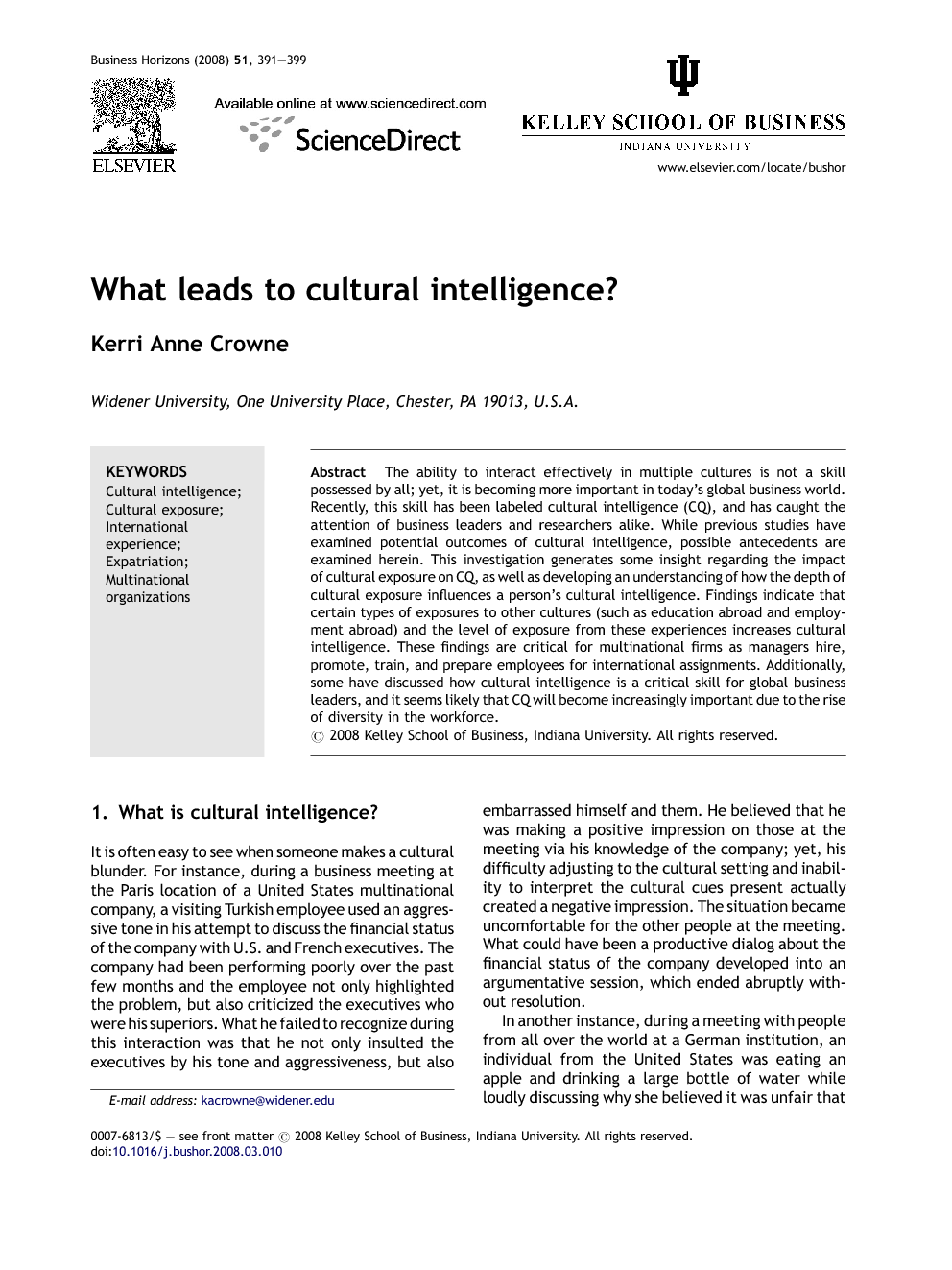 The ability to interact effectively in multiple cultures is not a skill possessed by all; yet, it is becoming more important in today's global business world. Recently, this skill has been labeled cultural intelligence (CQ), and has caught the attention of business leaders and researchers alike. While previous studies have examined potential outcomes of cultural intelligence, possible antecedents are examined herein. This investigation generates some insight regarding the impact of cultural exposure on CQ, as well as developing an understanding of how the depth of cultural exposure influences a person's cultural intelligence. Findings indicate that certain types of exposures to other cultures (such as education abroad and employment abroad) and the level of exposure from these experiences increases cultural intelligence. These findings are critical for multinational firms as managers hire, promote, train, and prepare employees for international assignments. Additionally, some have discussed how cultural intelligence is a critical skill for global business leaders, and it seems likely that CQ will become increasingly important due to the rise of diversity in the workforce.

Many have witnessed the cultural blunders of others, such as the recent incident where actor Richard Gere kissed the celebrity Shilpa Shetty at a benefit in India, setting off protests. This public cultural mistake showed how some people are unaware of how to act appropriately in other cultures, while other people do not commonly make those mistakes. This study attempted to investigate what leads an individual to have higher levels of cultural intelligence. No one can deny that rapid globalization is occurring, and that the skills of being culturally intelligent are useful not only to those who travel abroad, but also to every individual in the workplace. While some workers may never work outside their country of citizenship, many will interact with customers, clients, suppliers, and co-workers who are themselves outside their home country. As such, it is important for organizations to understand that some types of exposure to other cultures increase cultural intelligence and the underlying components of CQ. Specifically, those who had been abroad for employment and education demonstrated more CQ than those who had been abroad just for vacation or other reasons. Additionally, an awareness of how the depth of the exposure influences CQ is also critical. The number of countries an individual had visited for education and employment had a significant influence on a person's level of CQ. On the other hand, the number of countries an individual had visited for vacation or other purposes did not impact total CQ.