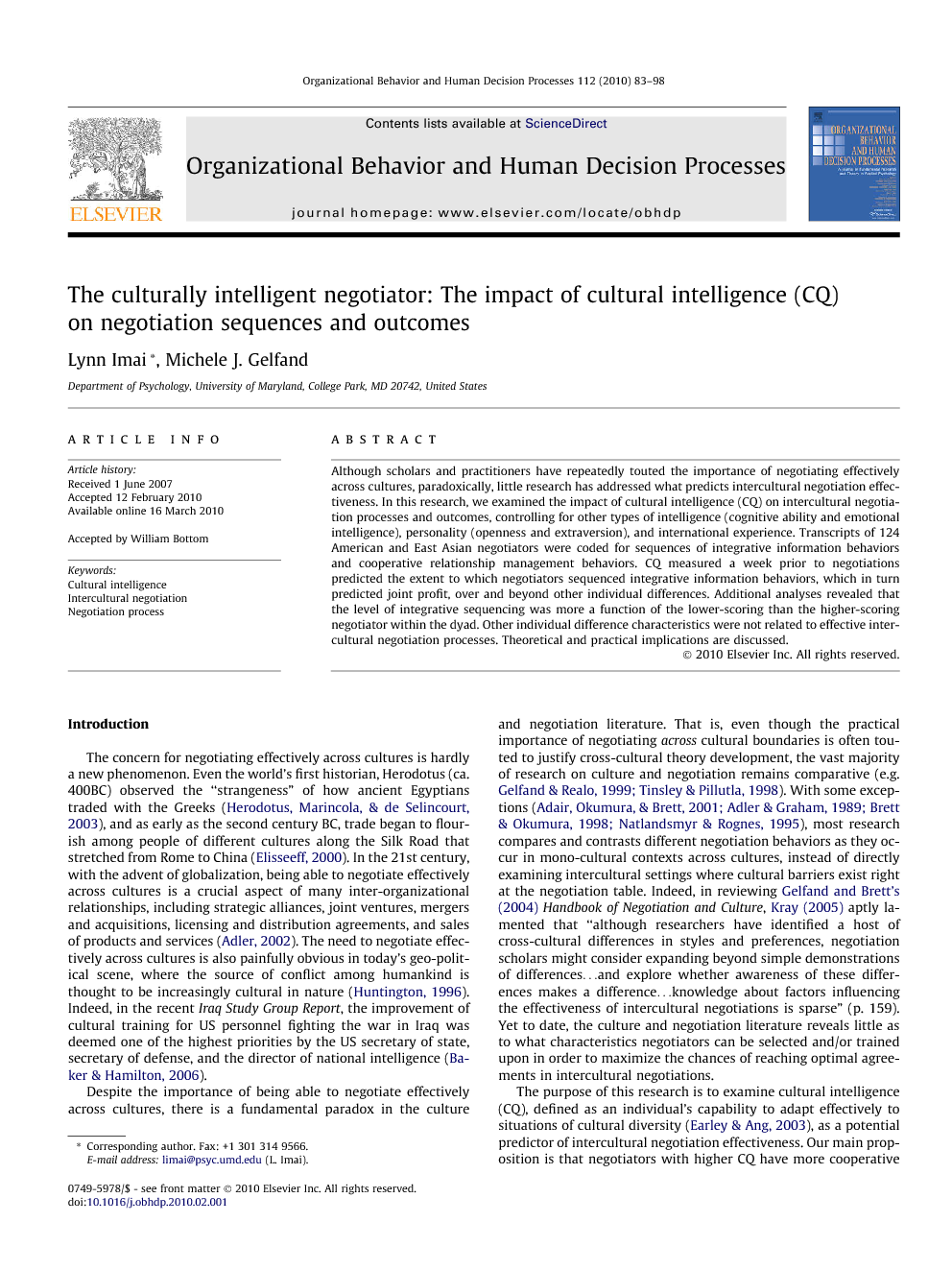 Although scholars and practitioners have repeatedly touted the importance of negotiating effectively across cultures, paradoxically, little research has addressed what predicts intercultural negotiation effectiveness. In this research, we examined the impact of cultural intelligence (CQ) on intercultural negotiation processes and outcomes, controlling for other types of intelligence (cognitive ability and emotional intelligence), personality (openness and extraversion), and international experience. Transcripts of 124 American and East Asian negotiators were coded for sequences of integrative information behaviors and cooperative relationship management behaviors. CQ measured a week prior to negotiations predicted the extent to which negotiators sequenced integrative information behaviors, which in turn predicted joint profit, over and beyond other individual differences. Additional analyses revealed that the level of integrative sequencing was more a function of the lower-scoring than the higher-scoring negotiator within the dyad. Other individual difference characteristics were not related to effective intercultural negotiation processes. Theoretical and practical implications are discussed.

This research moved beyond cross-cultural comparisons of negotiation behaviors to directly examine negotiation behaviors as they occur in intercultural contexts. This study illustrates that CQ is a key predictor of intercultural negotiation effectiveness. Practically speaking, employees should be selected on CQ to maximize the chances of optimal agreements in intercultural negotiations. In a world where there is increasing opportunities for cooperation as well as threats of conflict at the global level for managers and political leaders alike, CQ holds the promise for helping us manage our global interdependence