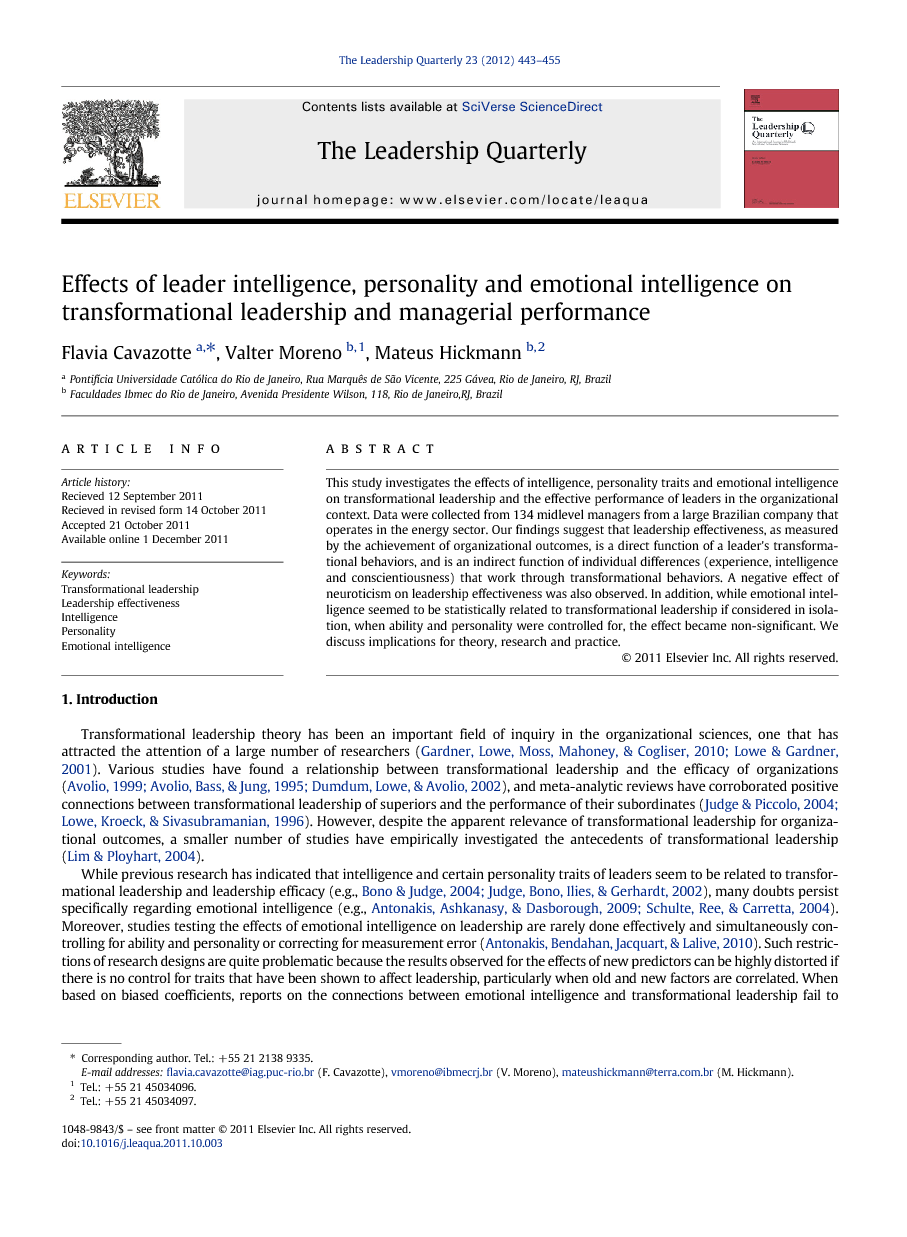 This study investigates the effects of intelligence, personality traits and emotional intelligence on transformational leadership and the effective performance of leaders in the organizational context. Data were collected from 134 midlevel managers from a large Brazilian company that operates in the energy sector. Our findings suggest that leadership effectiveness, as measured by the achievement of organizational outcomes, is a direct function of a leader's transformational behaviors, and is an indirect function of individual differences (experience, intelligence and conscientiousness) that work through transformational behaviors. A negative effect of neuroticism on leadership effectiveness was also observed. In addition, while emotional intelligence seemed to be statistically related to transformational leadership if considered in isolation, when ability and personality were controlled for, the effect became non-significant. We discuss implications for theory, research and practice.