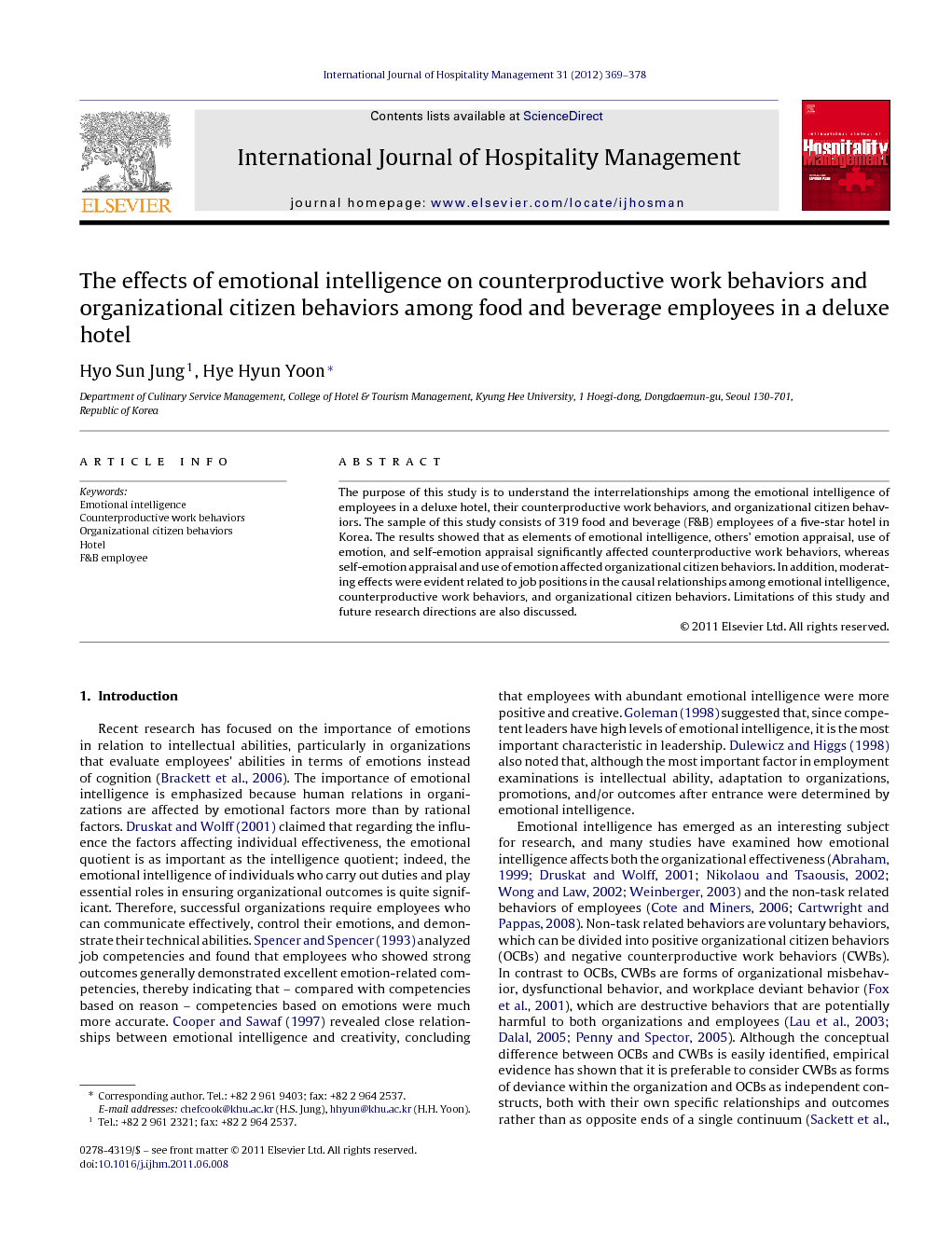 The purpose of this study is to understand the interrelationships among the emotional intelligence of employees in a deluxe hotel, their counterproductive work behaviors, and organizational citizen behaviors. The sample of this study consists of 319 food and beverage (F&B) employees of a five-star hotel in Korea. The results showed that as elements of emotional intelligence, others’ emotion appraisal, use of emotion, and self-emotion appraisal significantly affected counterproductive work behaviors, whereas self-emotion appraisal and use of emotion affected organizational citizen behaviors. In addition, moderating effects were evident related to job positions in the causal relationships among emotional intelligence, counterproductive work behaviors, and organizational citizen behaviors. Limitations of this study and future research directions are also discussed.