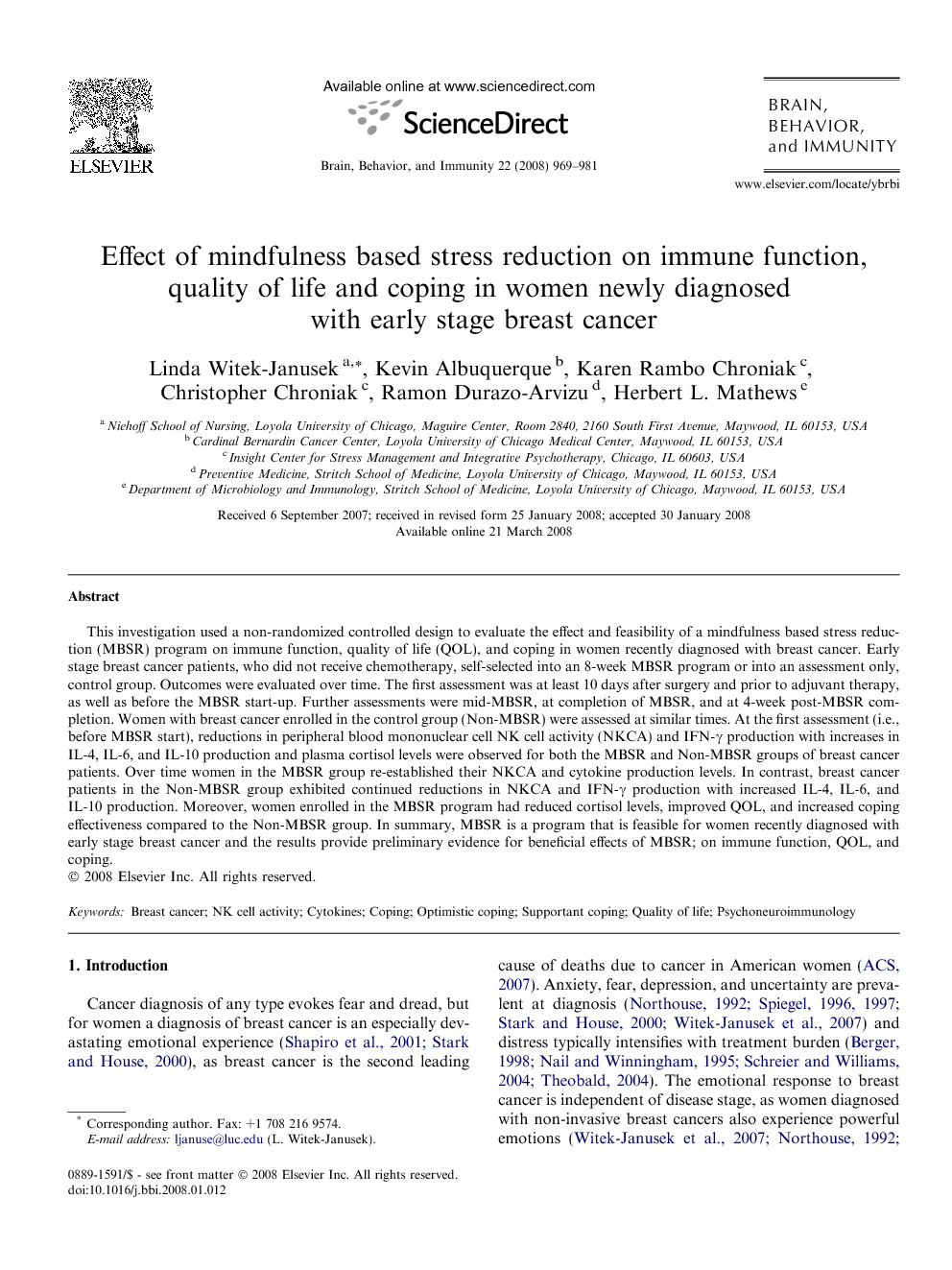 This investigation used a non-randomized controlled design to evaluate the effect and feasibility of a mindfulness based stress reduction (MBSR) program on immune function, quality of life (QOL), and coping in women recently diagnosed with breast cancer. Early stage breast cancer patients, who did not receive chemotherapy, self-selected into an 8-week MBSR program or into an assessment only, control group. Outcomes were evaluated over time. The first assessment was at least 10 days after surgery and prior to adjuvant therapy, as well as before the MBSR start-up. Further assessments were mid-MBSR, at completion of MBSR, and at 4-week post-MBSR completion. Women with breast cancer enrolled in the control group (Non-MBSR) were assessed at similar times. At the first assessment (i.e., before MBSR start), reductions in peripheral blood mononuclear cell NK cell activity (NKCA) and IFN-γ production with increases in IL-4, IL-6, and IL-10 production and plasma cortisol levels were observed for both the MBSR and Non-MBSR groups of breast cancer patients. Over time women in the MBSR group re-established their NKCA and cytokine production levels. In contrast, breast cancer patients in the Non-MBSR group exhibited continued reductions in NKCA and IFN-γ production with increased IL-4, IL-6, and IL-10 production. Moreover, women enrolled in the MBSR program had reduced cortisol levels, improved QOL, and increased coping effectiveness compared to the Non-MBSR group. In summary, MBSR is a program that is feasible for women recently diagnosed with early stage breast cancer and the results provide preliminary evidence for beneficial effects of MBSR; on immune function, QOL, and coping.