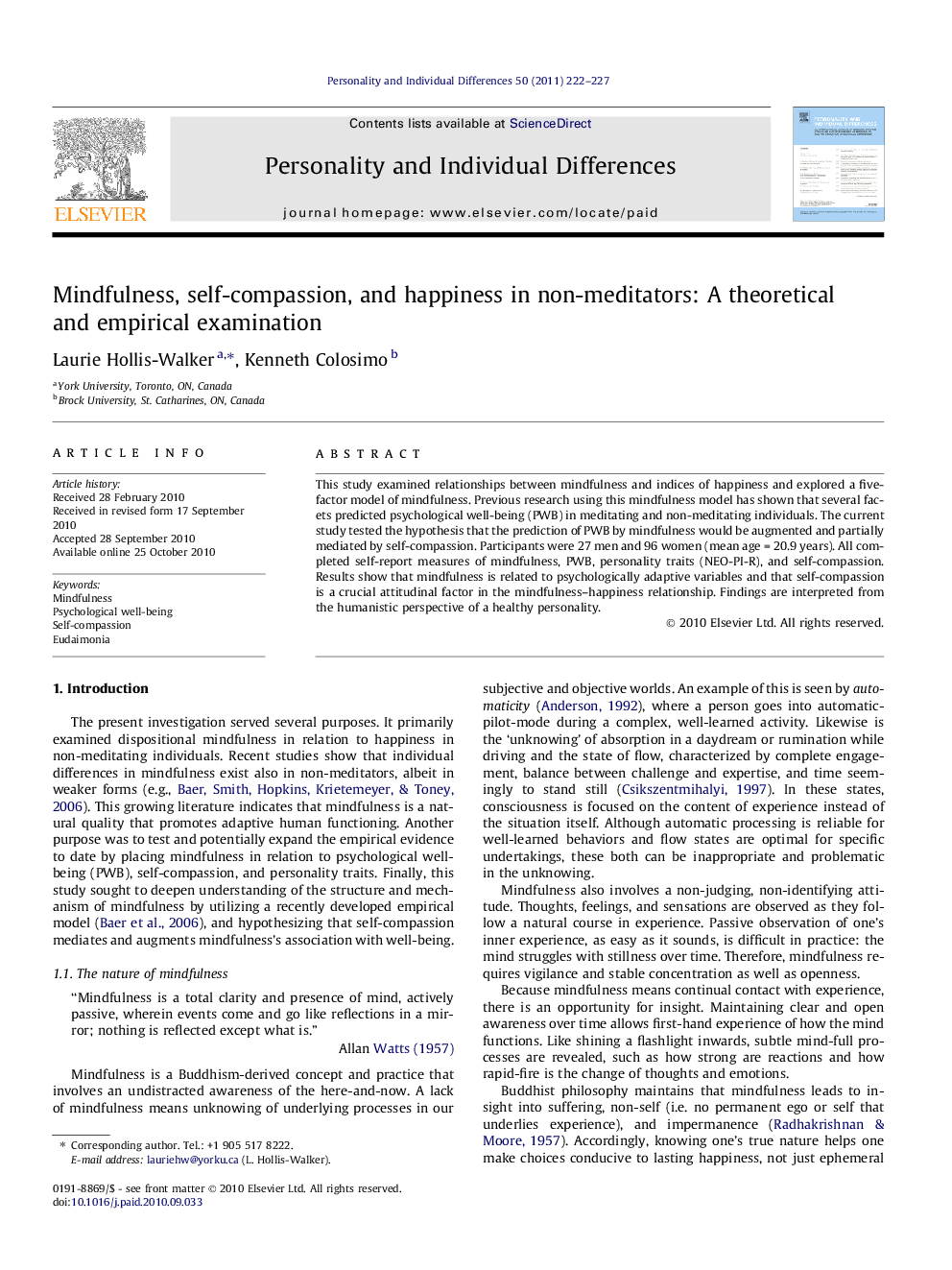 This study examined relationships between mindfulness and indices of happiness and explored a five-factor model of mindfulness. Previous research using this mindfulness model has shown that several facets predicted psychological well-being (PWB) in meditating and non-meditating individuals. The current study tested the hypothesis that the prediction of PWB by mindfulness would be augmented and partially mediated by self-compassion. Participants were 27 men and 96 women (mean age = 20.9 years). All completed self-report measures of mindfulness, PWB, personality traits (NEO-PI-R), and self-compassion. Results show that mindfulness is related to psychologically adaptive variables and that self-compassion is a crucial attitudinal factor in the mindfulness–happiness relationship. Findings are interpreted from the humanistic perspective of a healthy personality.