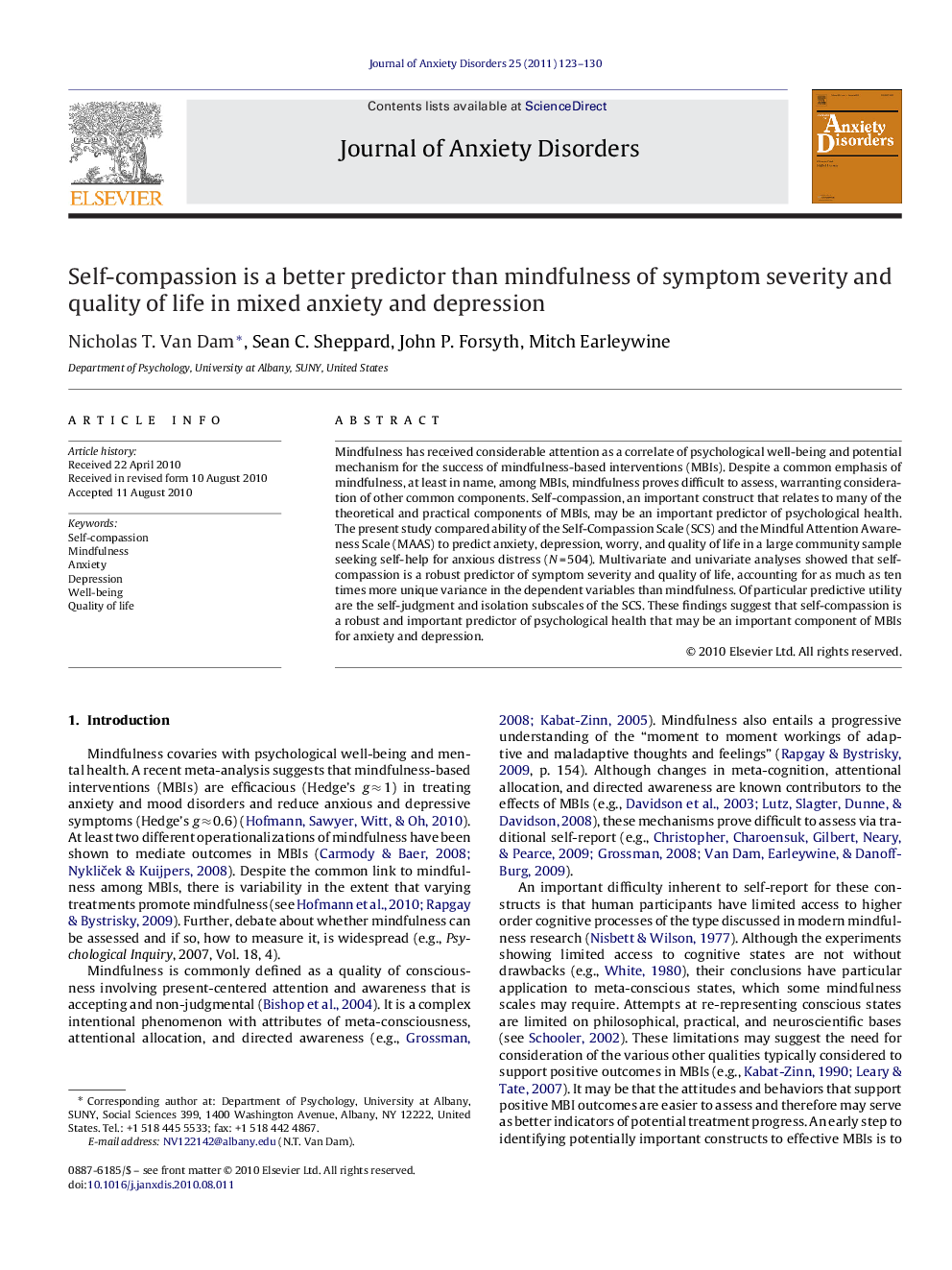 Mindfulness has received considerable attention as a correlate of psychological well-being and potential mechanism for the success of mindfulness-based interventions (MBIs). Despite a common emphasis of mindfulness, at least in name, among MBIs, mindfulness proves difficult to assess, warranting consideration of other common components. Self-compassion, an important construct that relates to many of the theoretical and practical components of MBIs, may be an important predictor of psychological health. The present study compared ability of the Self-Compassion Scale (SCS) and the Mindful Attention Awareness Scale (MAAS) to predict anxiety, depression, worry, and quality of life in a large community sample seeking self-help for anxious distress (N = 504). Multivariate and univariate analyses showed that self-compassion is a robust predictor of symptom severity and quality of life, accounting for as much as ten times more unique variance in the dependent variables than mindfulness. Of particular predictive utility are the self-judgment and isolation subscales of the SCS. These findings suggest that self-compassion is a robust and important predictor of psychological health that may be an important component of MBIs for anxiety and depression.