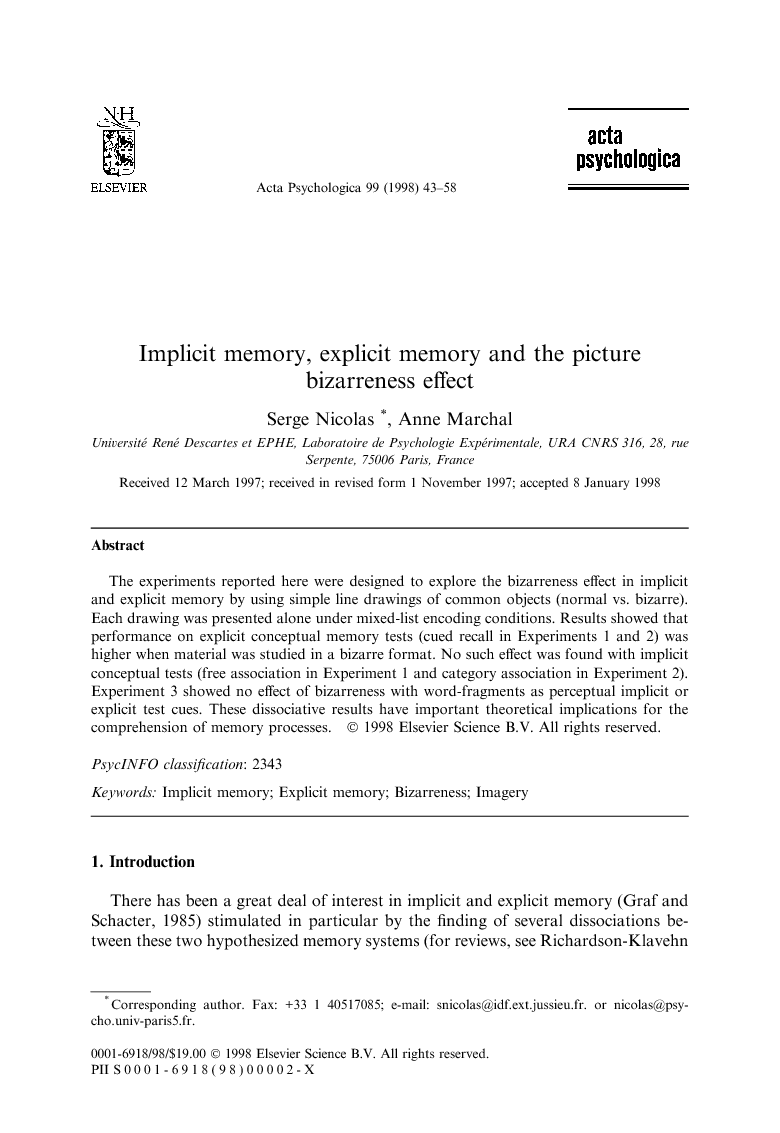 The experiments reported here were designed to explore the bizarreness effect in implicit and explicit memory by using simple line drawings of common objects (normal vs. bizarre). Each drawing was presented alone under mixed-list encoding conditions. Results showed that performance on explicit conceptual memory tests (cued recall in Experiments 1 and 2) was higher when material was studied in a bizarre format. No such effect was found with implicit conceptual tests (free association in Experiment 1 and category association in Experiment 2). Experiment 3 showed no effect of bizarreness with word-fragments as perceptual implicit or explicit test cues. These dissociative results have important theoretical implications for the comprehension of memory processes.