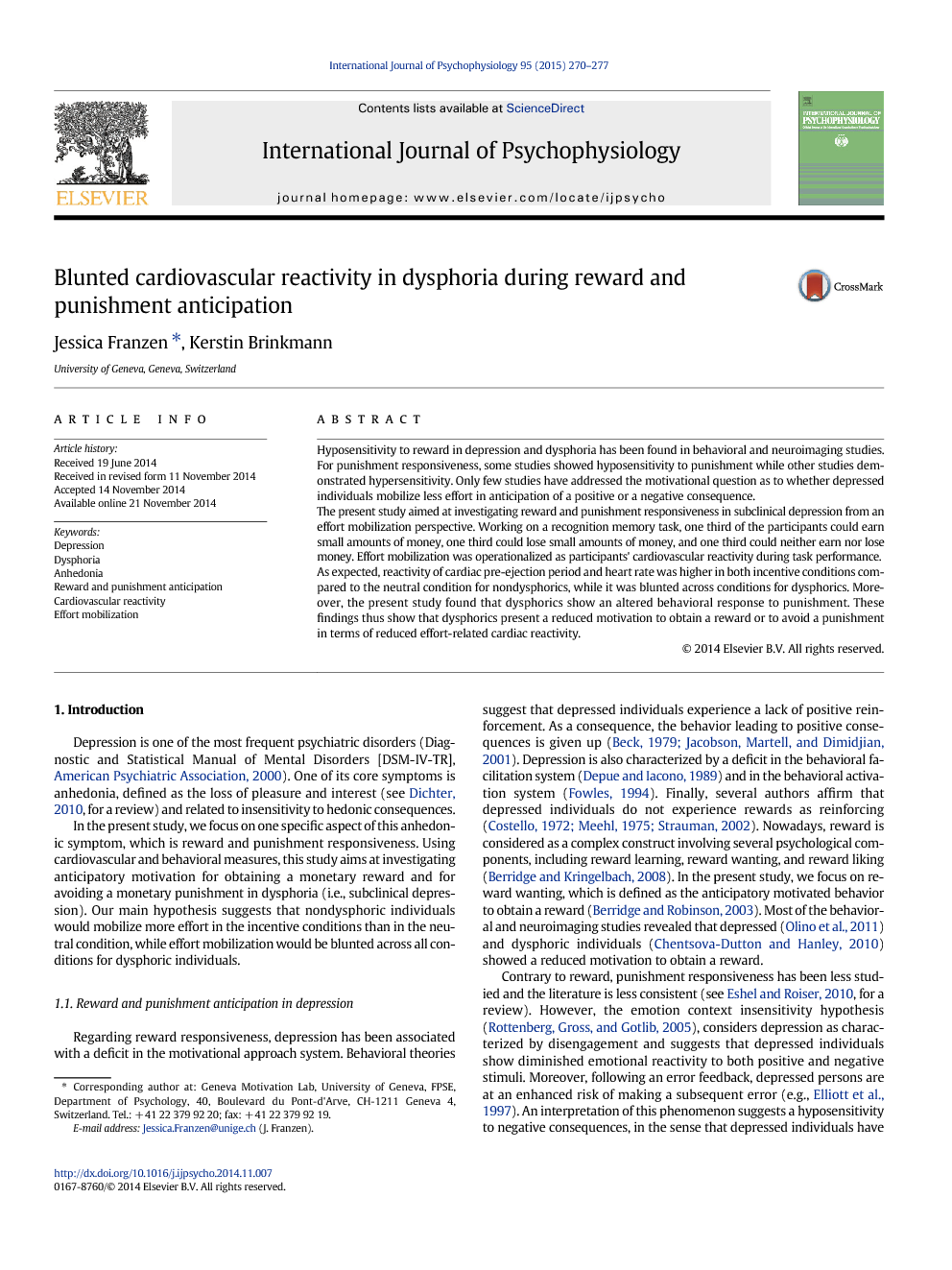 Hyposensitivity to reward in depression and dysphoria has been found in behavioral and neuroimaging studies. For punishment responsiveness, some studies showed hyposensitivity to punishment while other studies demonstrated hypersensitivity. Only few studies have addressed the motivational question as to whether depressed individuals mobilize less effort in anticipation of a positive or a negative consequence. The present study aimed at investigating reward and punishment responsiveness in subclinical depression from an effort mobilization perspective. Working on a recognition memory task, one third of the participants could earn small amounts of money, one third could lose small amounts of money, and one third could neither earn nor lose money. Effort mobilization was operationalized as participants' cardiovascular reactivity during task performance. As expected, reactivity of cardiac pre-ejection period and heart rate was higher in both incentive conditions compared to the neutral condition for nondysphorics, while it was blunted across conditions for dysphorics. Moreover, the present study found that dysphorics show an altered behavioral response to punishment. These findings thus show that dysphorics present a reduced motivation to obtain a reward or to avoid a punishment in terms of reduced effort-related cardiac reactivity.