عنوان انگلیسی
Role of triggers and dysphoria in mind-wandering about past, present and future: A laboratory study
دانلود فوری مقاله + سفارش ترجمه 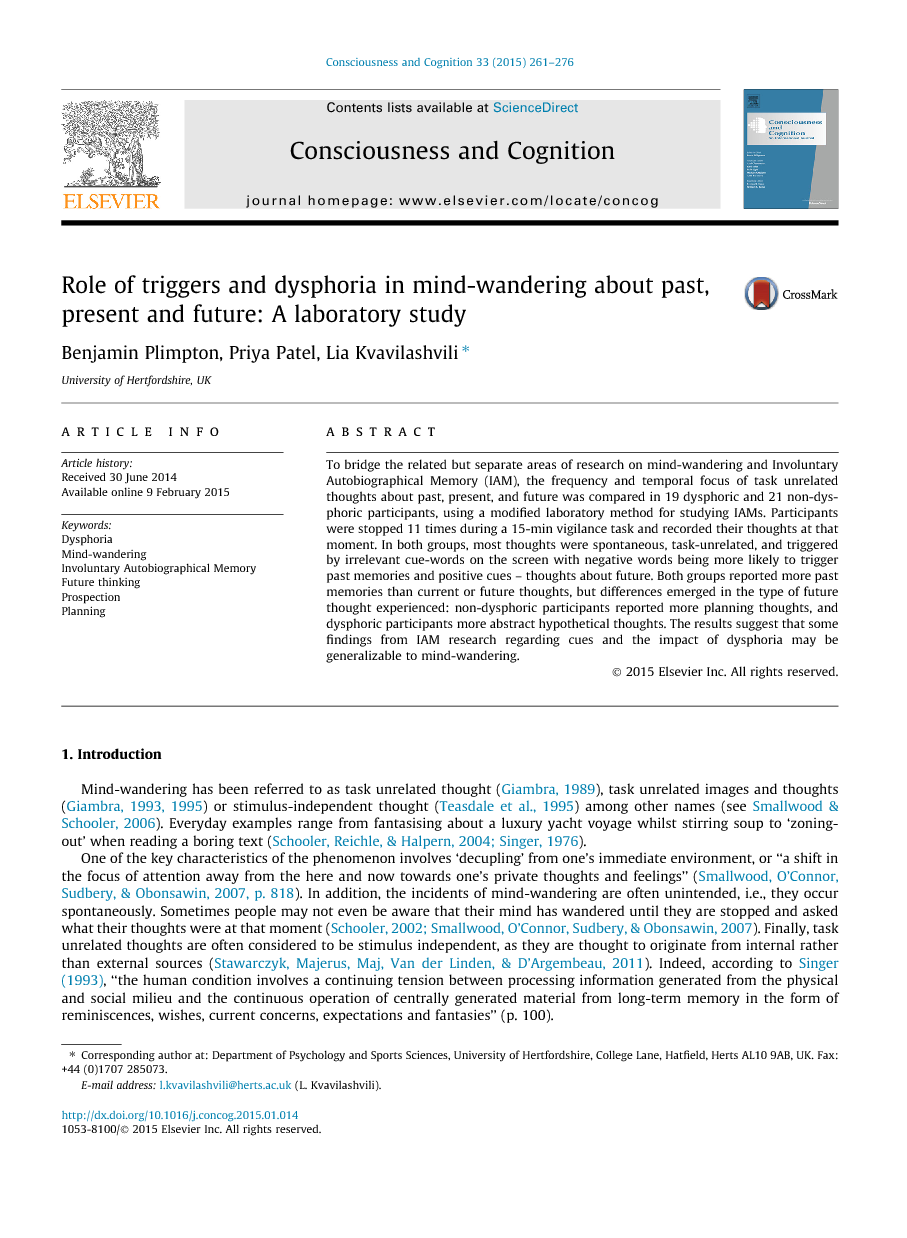 To bridge the related but separate areas of research on mind-wandering and Involuntary Autobiographical Memory (IAM), the frequency and temporal focus of task unrelated thoughts about past, present, and future was compared in 19 dysphoric and 21 non-dysphoric participants, using a modified laboratory method for studying IAMs. Participants were stopped 11 times during a 15-min vigilance task and recorded their thoughts at that moment. In both groups, most thoughts were spontaneous, task-unrelated, and triggered by irrelevant cue-words on the screen with negative words being more likely to trigger past memories and positive cues – thoughts about future. Both groups reported more past memories than current or future thoughts, but differences emerged in the type of future thought experienced: non-dysphoric participants reported more planning thoughts, and dysphoric participants more abstract hypothetical thoughts. The results suggest that some findings from IAM research regarding cues and the impact of dysphoria may be generalizable to mind-wandering.