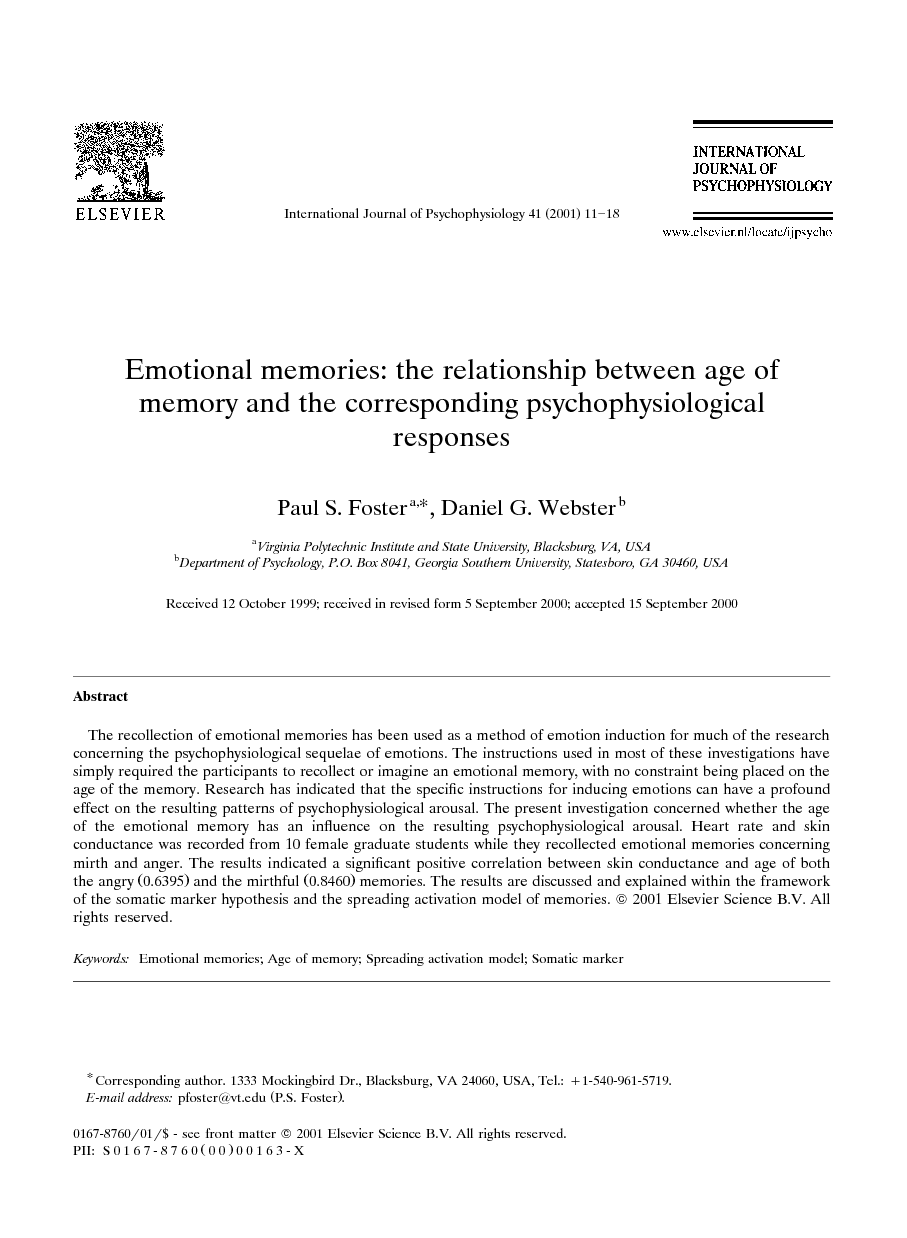 The recollection of emotional memories has been used as a method of emotion induction for much of the research concerning the psychophysiological sequelae of emotions. The instructions used in most of these investigations have simply required the participants to recollect or imagine an emotional memory, with no constraint being placed on the age of the memory. Research has indicated that the specific instructions for inducing emotions can have a profound effect on the resulting patterns of psychophysiological arousal. The present investigation concerned whether the age of the emotional memory has an influence on the resulting psychophysiological arousal. Heart rate and skin conductance was recorded from 10 female graduate students while they recollected emotional memories concerning mirth and anger. The results indicated a significant positive correlation between skin conductance and age of both the angry (0.6395) and the mirthful (0.8460) memories. The results are discussed and explained within the framework of the somatic marker hypothesis and the spreading activation model of memories.