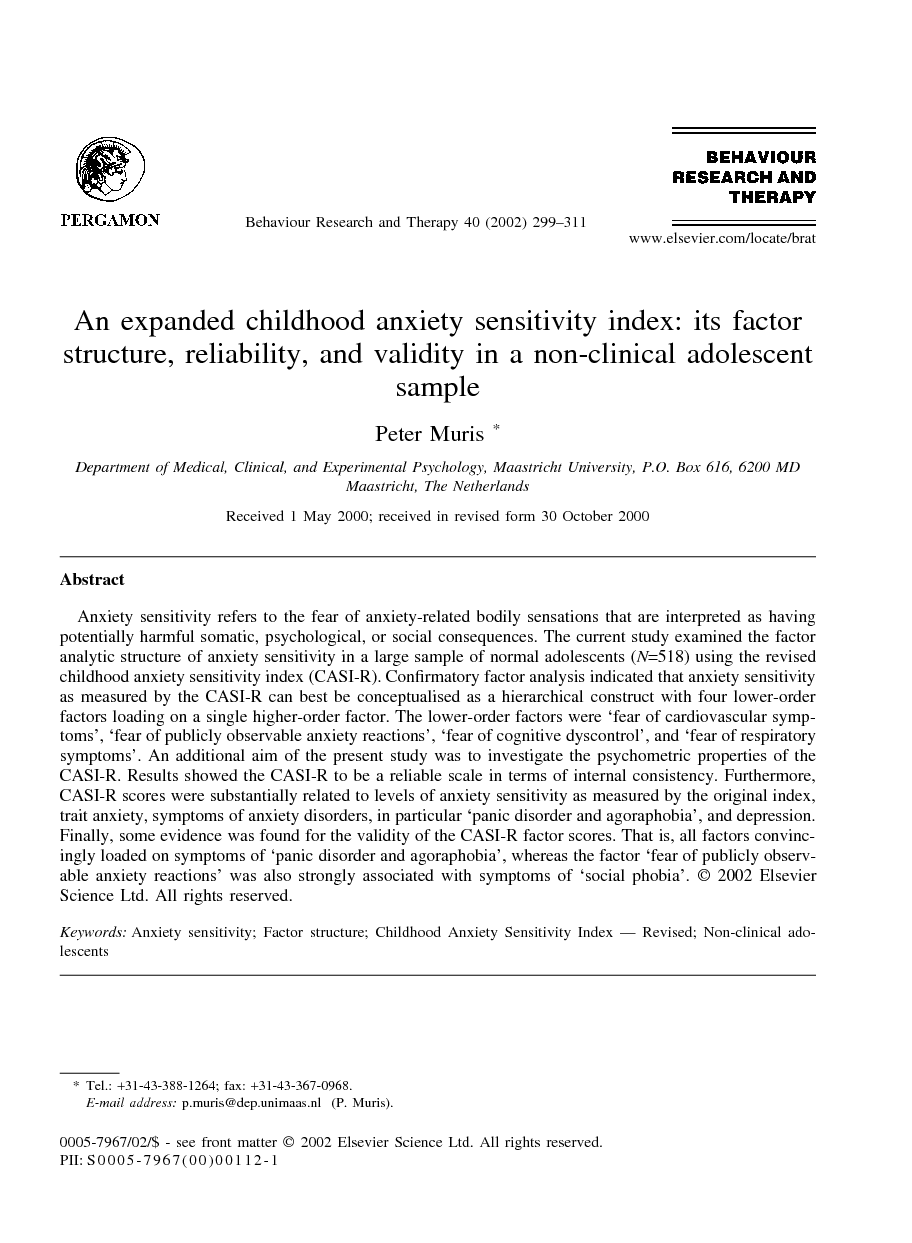 Anxiety sensitivity refers to the fear of anxiety-related bodily sensations that are interpreted as having potentially harmful somatic, psychological, or social consequences. The current study examined the factor analytic structure of anxiety sensitivity in a large sample of normal adolescents (N=518) using the revised childhood anxiety sensitivity index (CASI-R). Confirmatory factor analysis indicated that anxiety sensitivity as measured by the CASI-R can best be conceptualised as a hierarchical construct with four lower-order factors loading on a single higher-order factor. The lower-order factors were ‘fear of cardiovascular symptoms’, ‘fear of publicly observable anxiety reactions’, ‘fear of cognitive dyscontrol’, and ‘fear of respiratory symptoms’. An additional aim of the present study was to investigate the psychometric properties of the CASI-R. Results showed the CASI-R to be a reliable scale in terms of internal consistency. Furthermore, CASI-R scores were substantially related to levels of anxiety sensitivity as measured by the original index, trait anxiety, symptoms of anxiety disorders, in particular ‘panic disorder and agoraphobia’, and depression. Finally, some evidence was found for the validity of the CASI-R factor scores. That is, all factors convincingly loaded on symptoms of ‘panic disorder and agoraphobia’, whereas the factor ‘fear of publicly observable anxiety reactions’ was also strongly associated with symptoms of ‘social phobia’.