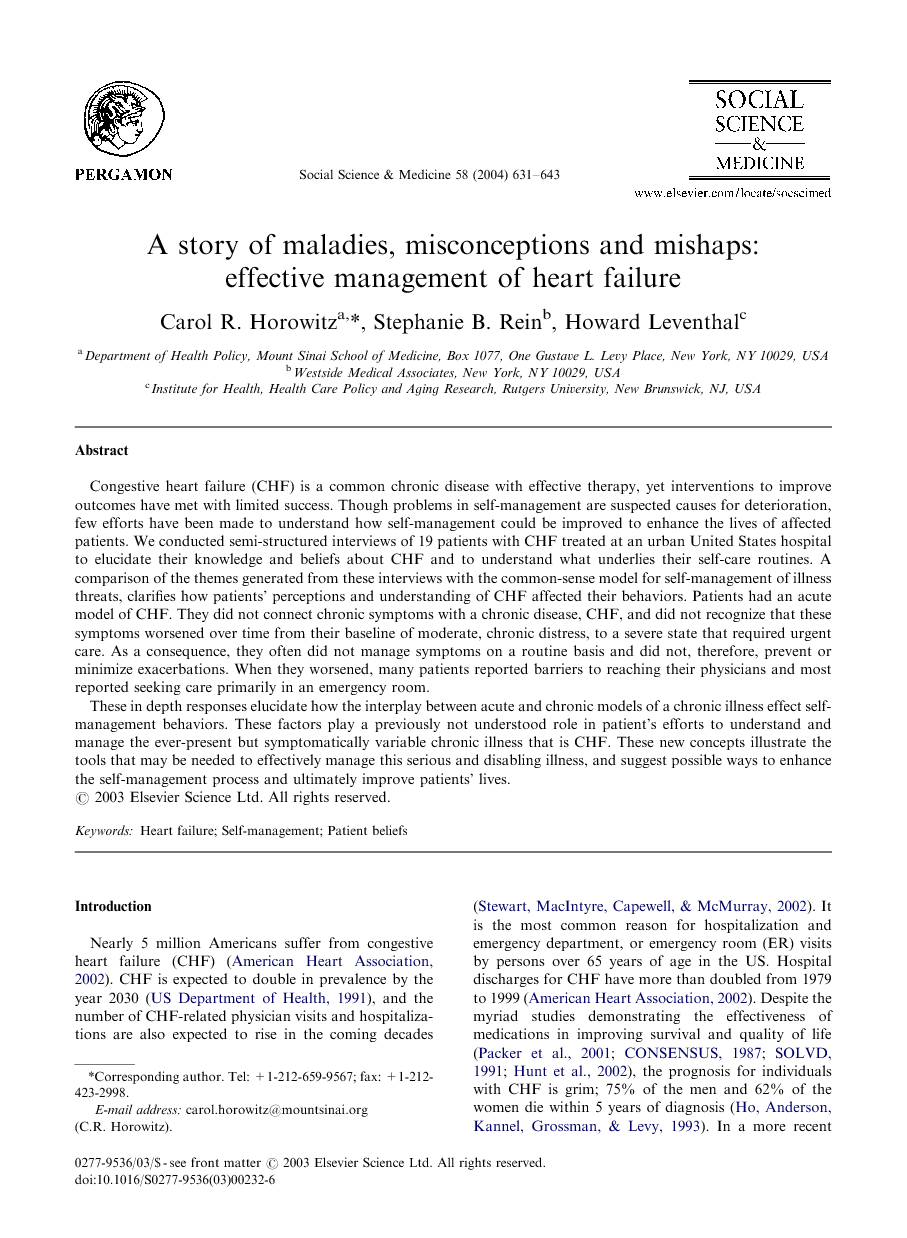 Congestive heart failure (CHF) is a common chronic disease with effective therapy, yet interventions to improve outcomes have met with limited success. Though problems in self-management are suspected causes for deterioration, few efforts have been made to understand how self-management could be improved to enhance the lives of affected patients. We conducted semi-structured interviews of 19 patients with CHF treated at an urban United States hospital to elucidate their knowledge and beliefs about CHF and to understand what underlies their self-care routines. A comparison of the themes generated from these interviews with the common-sense model for self-management of illness threats, clarifies how patients’ perceptions and understanding of CHF affected their behaviors. Patients had an acute model of CHF. They did not connect chronic symptoms with a chronic disease, CHF, and did not recognize that these symptoms worsened over time from their baseline of moderate, chronic distress, to a severe state that required urgent care. As a consequence, they often did not manage symptoms on a routine basis and did not, therefore, prevent or minimize exacerbations. When they worsened, many patients reported barriers to reaching their physicians and most reported seeking care primarily in an emergency room. These in depth responses elucidate how the interplay between acute and chronic models of a chronic illness effect self-management behaviors. These factors play a previously not understood role in patient's efforts to understand and manage the ever-present but symptomatically variable chronic illness that is CHF. These new concepts illustrate the tools that may be needed to effectively manage this serious and disabling illness, and suggest possible ways to enhance the self-management process and ultimately improve patients’ lives.