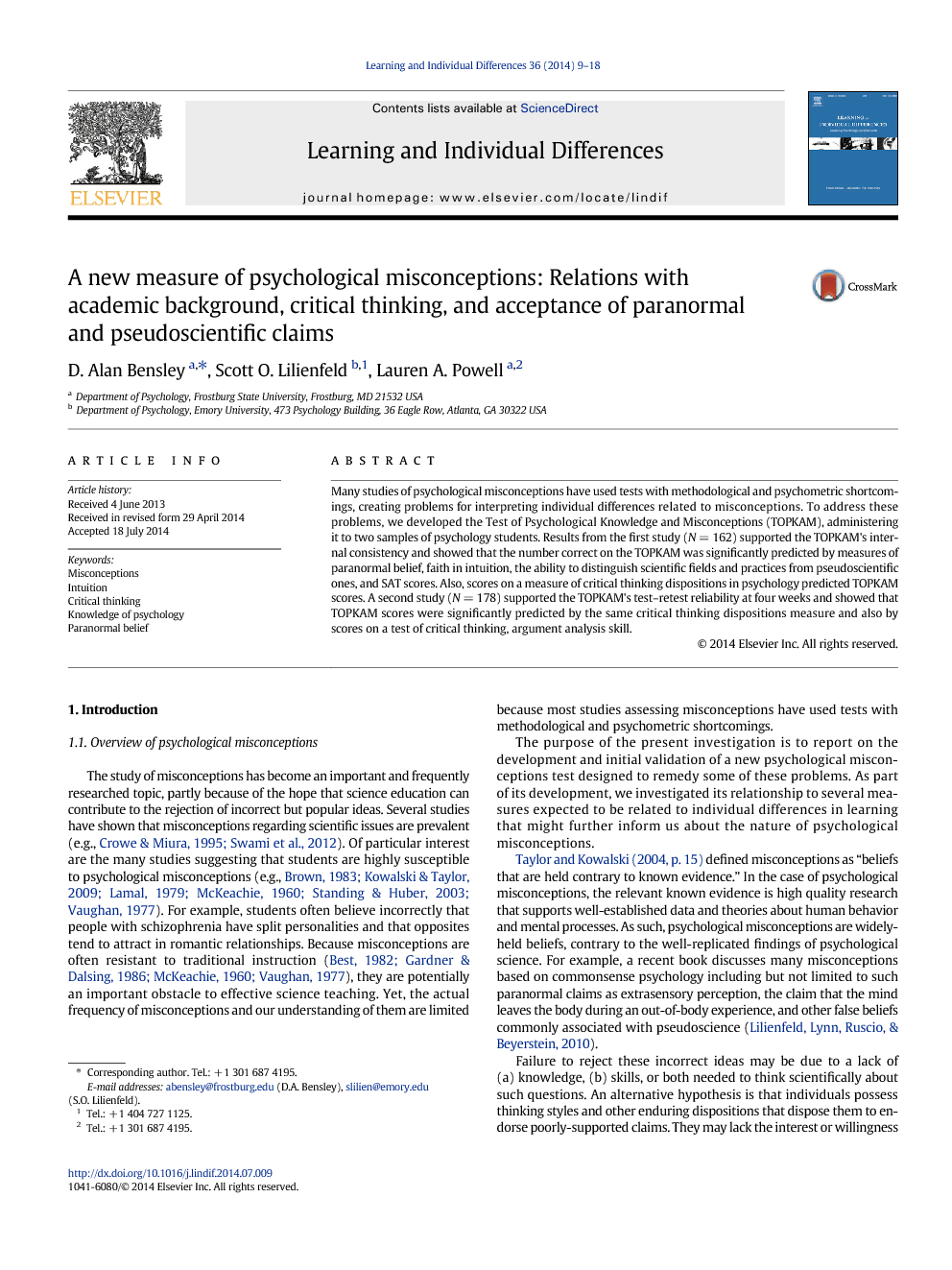 Many studies of psychological misconceptions have used tests with methodological and psychometric shortcomings, creating problems for interpreting individual differences related to misconceptions. To address these problems, we developed the Test of Psychological Knowledge and Misconceptions (TOPKAM), administering it to two samples of psychology students. Results from the first study (N = 162) supported the TOPKAM's internal consistency and showed that the number correct on the TOPKAM was significantly predicted by measures of paranormal belief, faith in intuition, the ability to distinguish scientific fields and practices from pseudoscientific ones, and SAT scores. Also, scores on a measure of critical thinking dispositions in psychology predicted TOPKAM scores. A second study (N = 178) supported the TOPKAM's test–retest reliability at four weeks and showed that TOPKAM scores were significantly predicted by the same critical thinking dispositions measure and also by scores on a test of critical thinking, argument analysis skill.