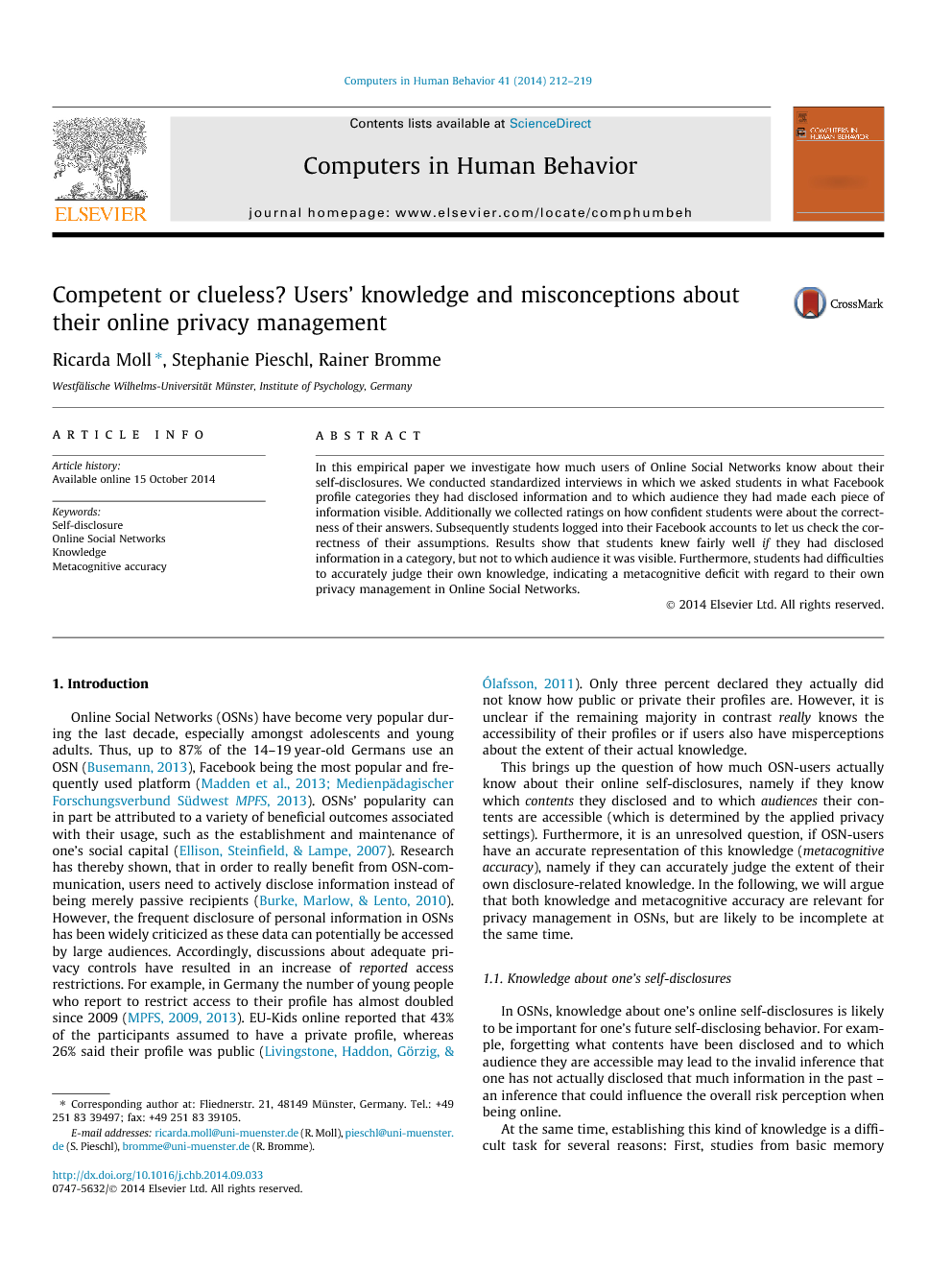 In this empirical paper we investigate how much users of Online Social Networks know about their self-disclosures. We conducted standardized interviews in which we asked students in what Facebook profile categories they had disclosed information and to which audience they had made each piece of information visible. Additionally we collected ratings on how confident students were about the correctness of their answers. Subsequently students logged into their Facebook accounts to let us check the correctness of their assumptions. Results show that students knew fairly well if they had disclosed information in a category, but not to which audience it was visible. Furthermore, students had difficulties to accurately judge their own knowledge, indicating a metacognitive deficit with regard to their own privacy management in Online Social Networks.