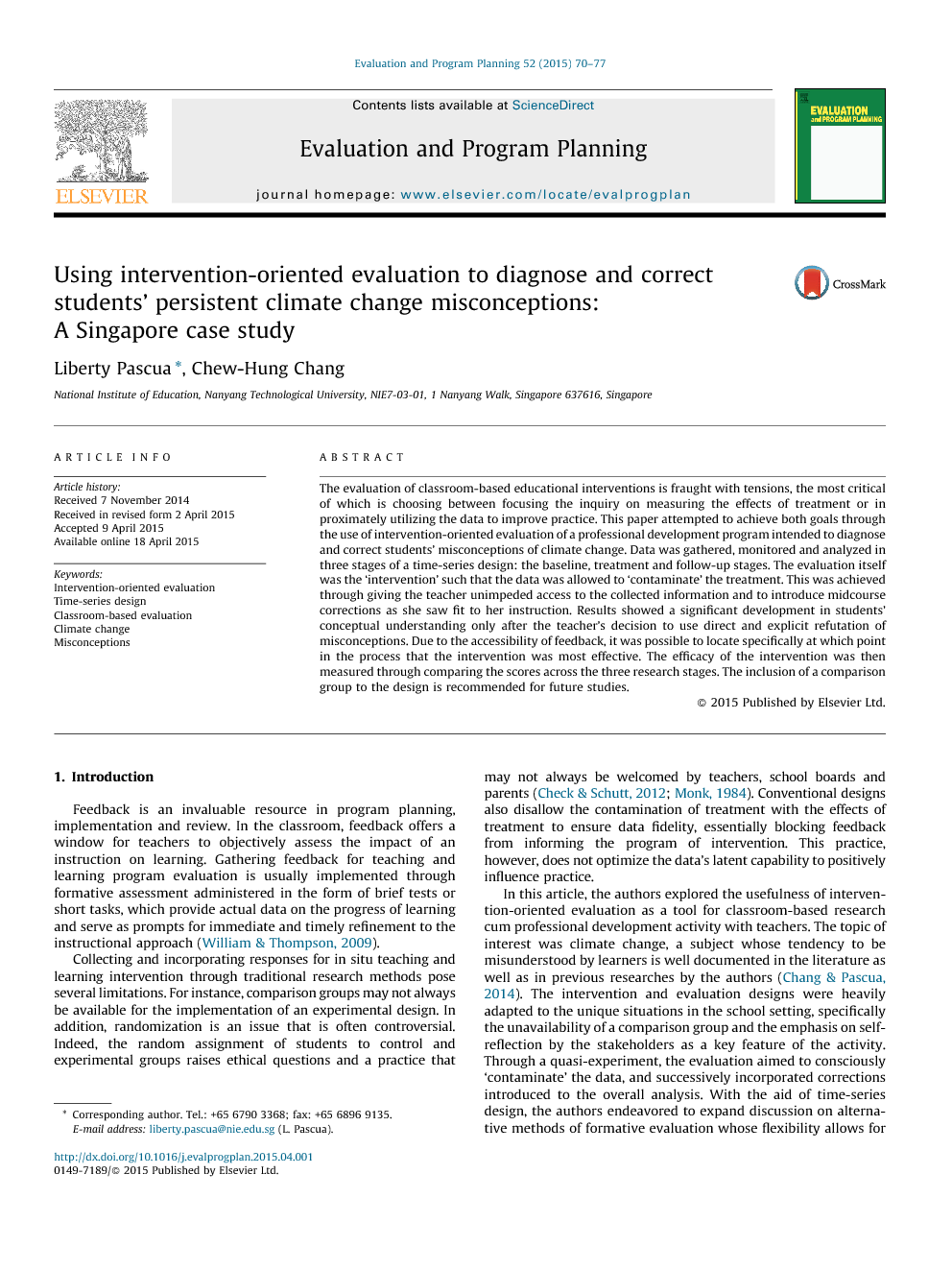 The evaluation of classroom-based educational interventions is fraught with tensions, the most critical of which is choosing between focusing the inquiry on measuring the effects of treatment or in proximately utilizing the data to improve practice. This paper attempted to achieve both goals through the use of intervention-oriented evaluation of a professional development program intended to diagnose and correct students’ misconceptions of climate change. Data was gathered, monitored and analyzed in three stages of a time-series design: the baseline, treatment and follow-up stages. The evaluation itself was the ‘intervention’ such that the data was allowed to ‘contaminate’ the treatment. This was achieved through giving the teacher unimpeded access to the collected information and to introduce midcourse corrections as she saw fit to her instruction. Results showed a significant development in students’ conceptual understanding only after the teacher's decision to use direct and explicit refutation of misconceptions. Due to the accessibility of feedback, it was possible to locate specifically at which point in the process that the intervention was most effective. The efficacy of the intervention was then measured through comparing the scores across the three research stages. The inclusion of a comparison group to the design is recommended for future studies.