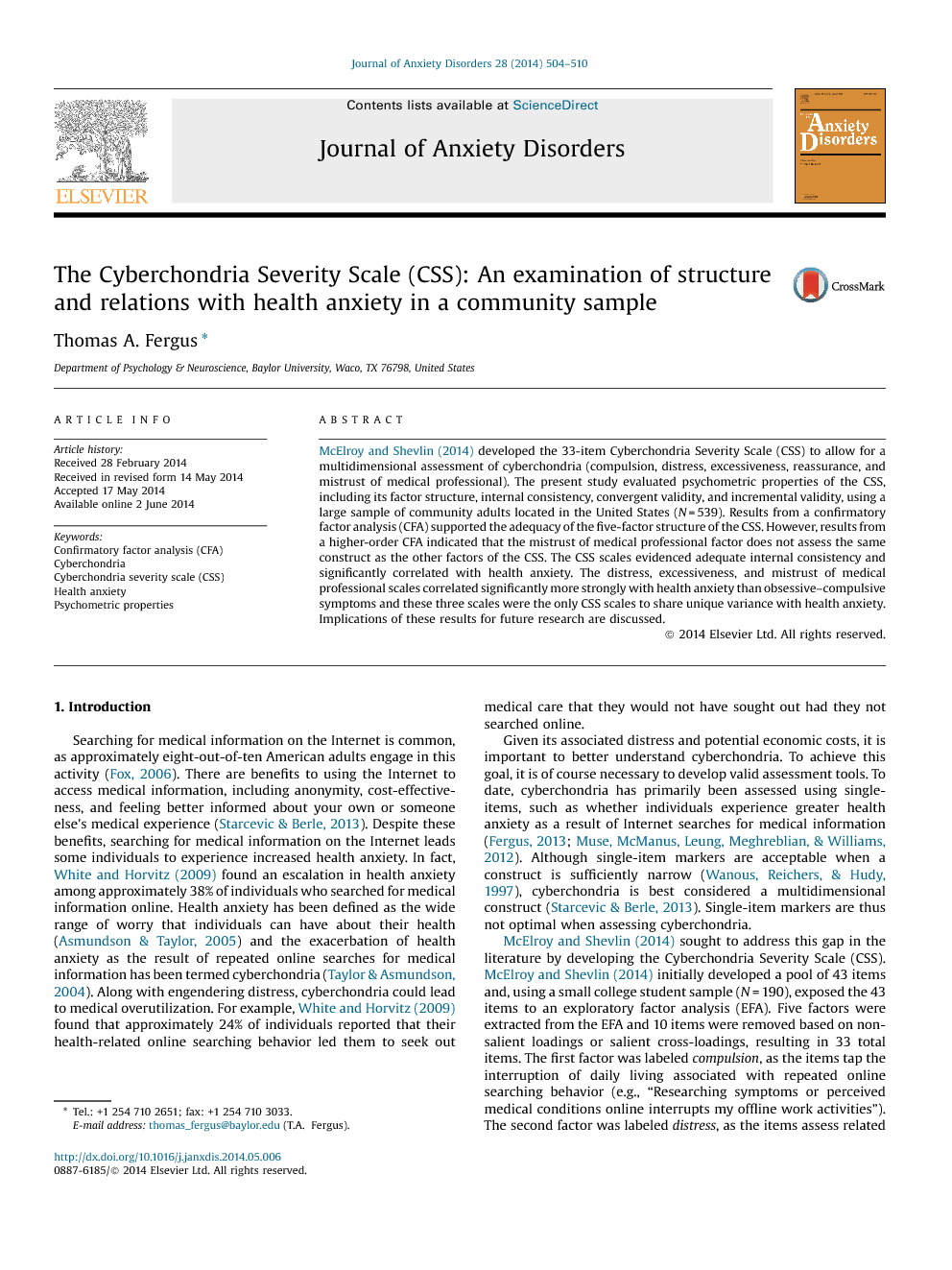 McElroy and Shevlin (2014) developed the 33-item Cyberchondria Severity Scale (CSS) to allow for a multidimensional assessment of cyberchondria (compulsion, distress, excessiveness, reassurance, and mistrust of medical professional). The present study evaluated psychometric properties of the CSS, including its factor structure, internal consistency, convergent validity, and incremental validity, using a large sample of community adults located in the United States (N = 539). Results from a confirmatory factor analysis (CFA) supported the adequacy of the five-factor structure of the CSS. However, results from a higher-order CFA indicated that the mistrust of medical professional factor does not assess the same construct as the other factors of the CSS. The CSS scales evidenced adequate internal consistency and significantly correlated with health anxiety. The distress, excessiveness, and mistrust of medical professional scales correlated significantly more strongly with health anxiety than obsessive–compulsive symptoms and these three scales were the only CSS scales to share unique variance with health anxiety. Implications of these results for future research are discussed.