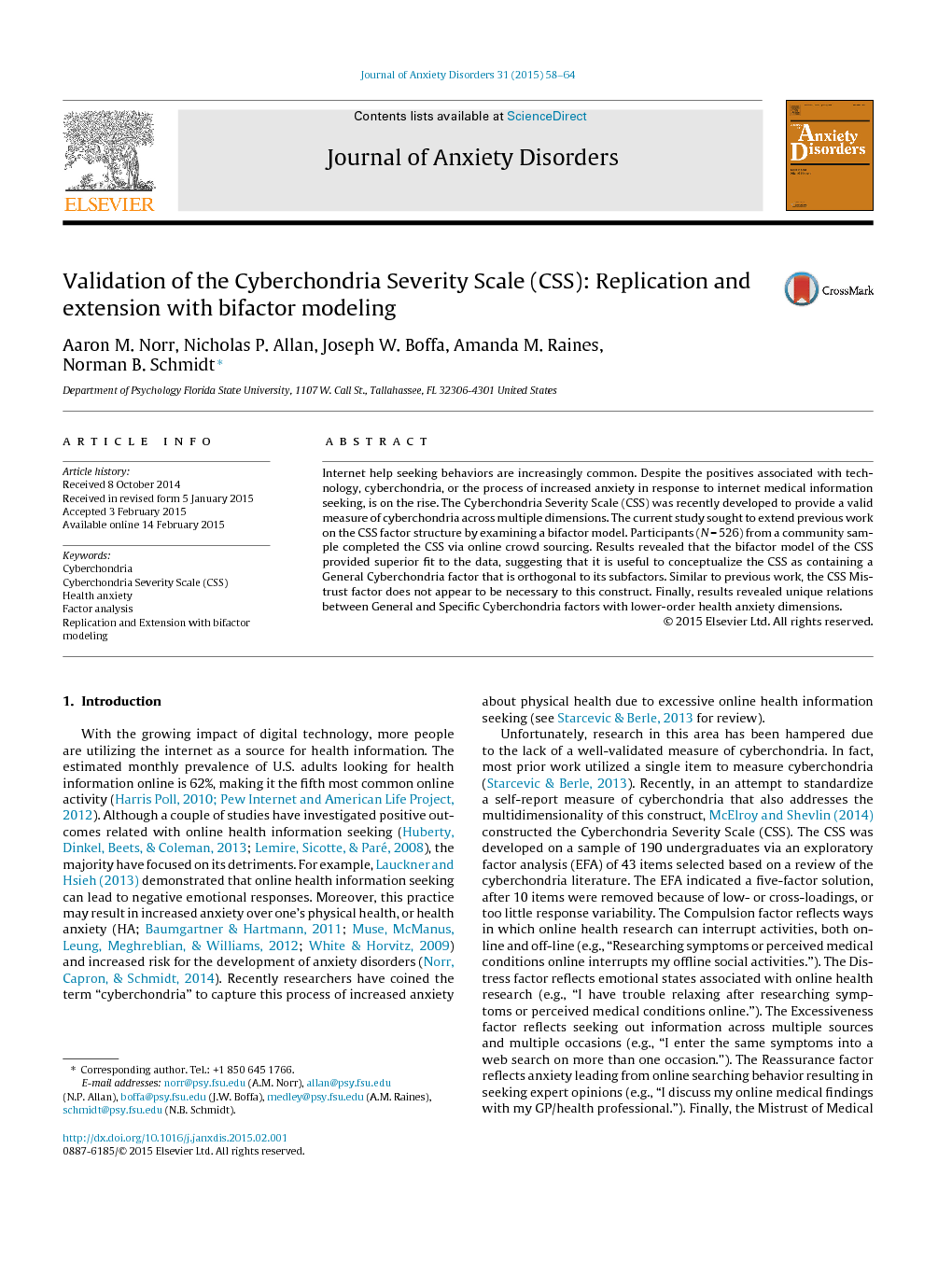 Internet help seeking behaviors are increasingly common. Despite the positives associated with technology, cyberchondria, or the process of increased anxiety in response to internet medical information seeking, is on the rise. The Cyberchondria Severity Scale (CSS) was recently developed to provide a valid measure of cyberchondria across multiple dimensions. The current study sought to extend previous work on the CSS factor structure by examining a bifactor model. Participants (N = 526) from a community sample completed the CSS via online crowd sourcing. Results revealed that the bifactor model of the CSS provided superior fit to the data, suggesting that it is useful to conceptualize the CSS as containing a General Cyberchondria factor that is orthogonal to its subfactors. Similar to previous work, the CSS Mistrust factor does not appear to be necessary to this construct. Finally, results revealed unique relations between General and Specific Cyberchondria factors with lower-order health anxiety dimensions.