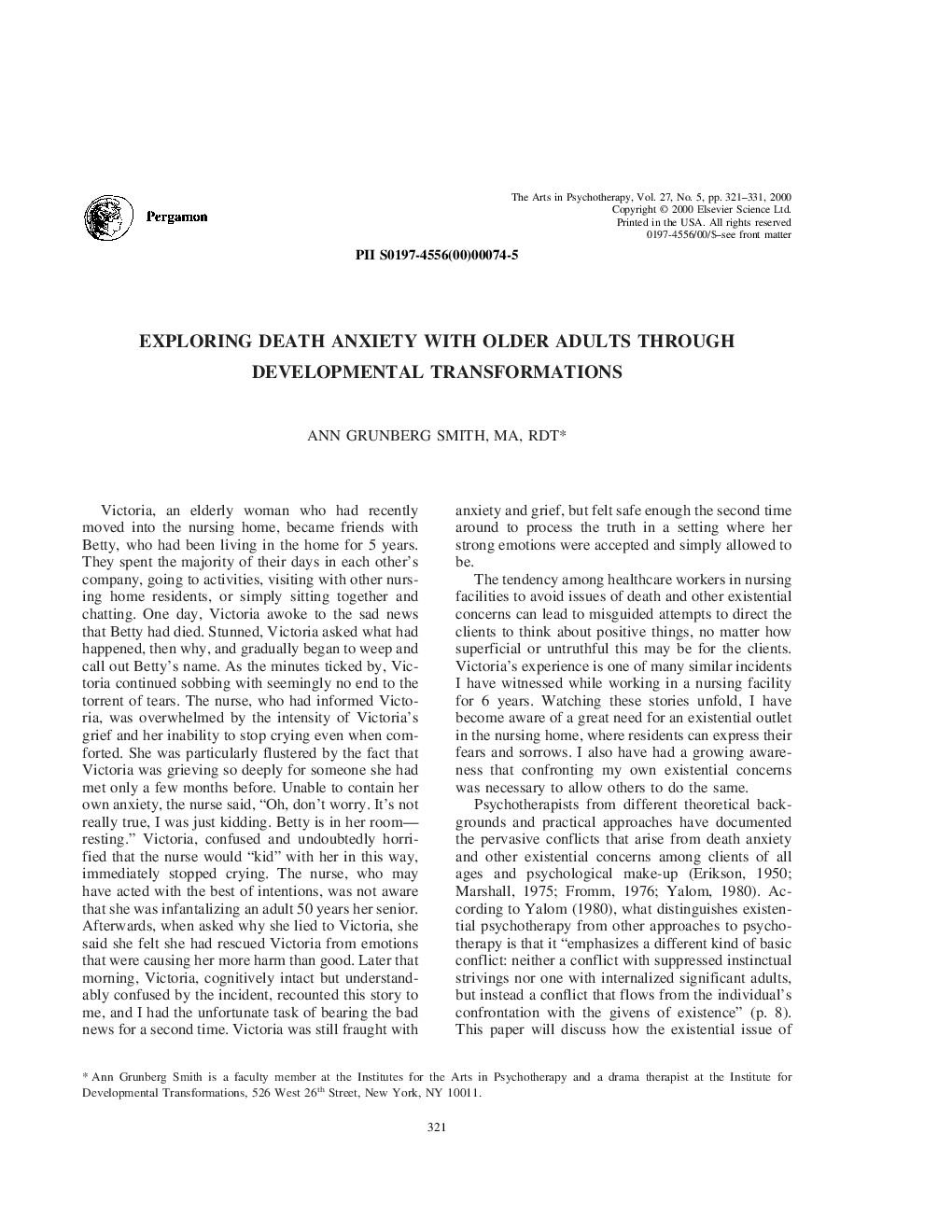 Older adults living in a nursing home have a need to express and explore death anxiety and other existential concerns in a safe, accepting environment. The Developmental Transformations session provides an existential outlet for these clients, an arena where the existential truths of life can be expressed through play. By entering an embodied encounter in the playspace, clients are able to relieve their existential angst, and increase their sense of intimacy with the therapist and with each other. Love and intimacy in a nursing home “compensates for the pain of isolation” (Yalom, 1980, p. 363). The drama therapy sessions presented above illustrate how clients can face their fears, and forge the boundaries between souls. They have shown me how, even though we are all born alone and die alone, we can be together in our aloneness. Coming up against the bony truths of the existential givens of life, the older adults in this nursing home found a soft resting place within the Developmental Transformations group.