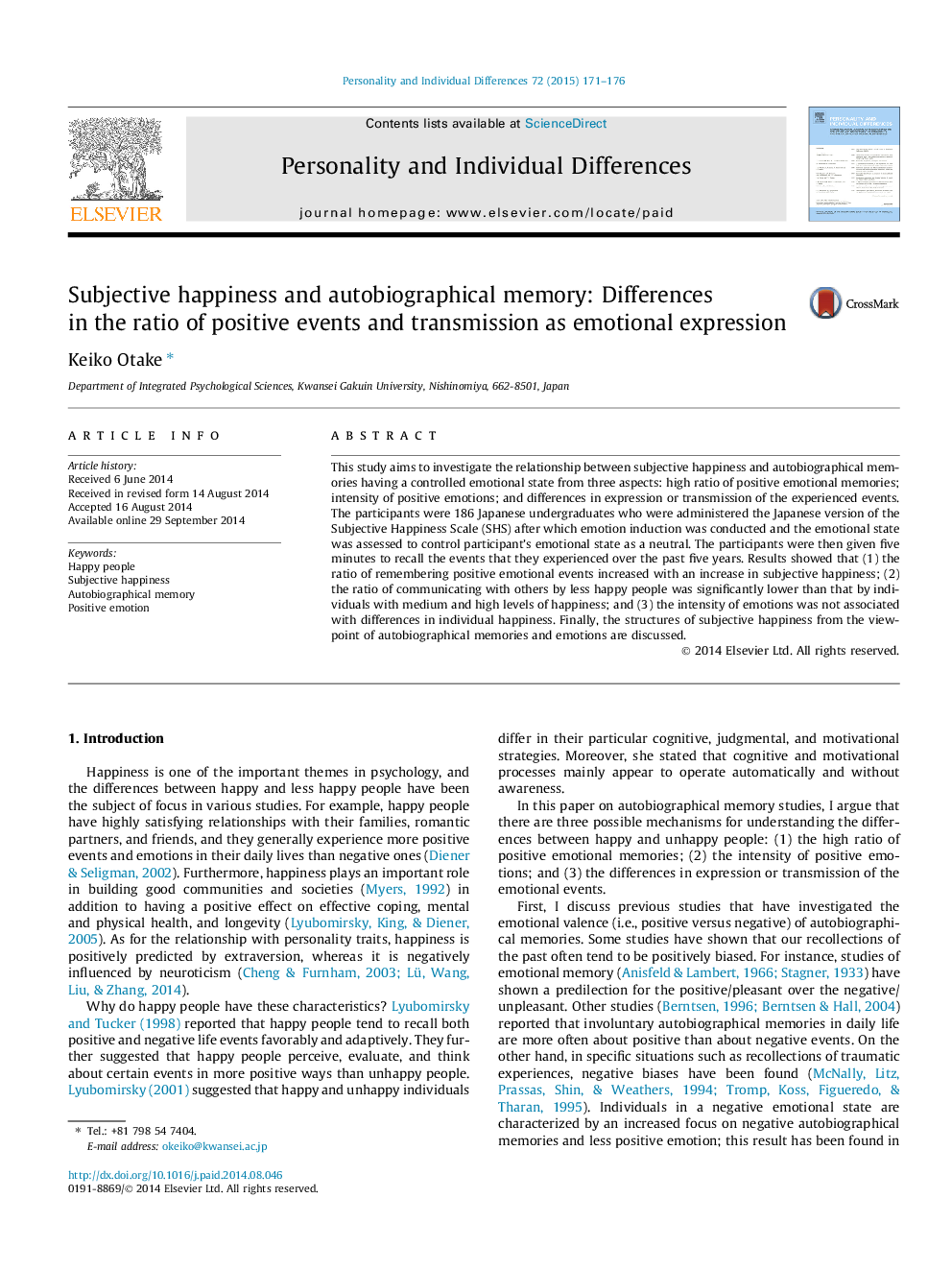 Abstract This study aims to investigate the relationship between subjective happiness and autobiographical memories having a controlled emotional state from three aspects: high ratio of positive emotional memories; intensity of positive emotions; and differences in expression or transmission of the experienced events. The participants were 186 Japanese undergraduates who were administered the Japanese version of the Subjective Happiness Scale (SHS) after which emotion induction was conducted and the emotional state was assessed to control participant’s emotional state as a neutral. The participants were then given five minutes to recall the events that they experienced over the past five years. Results showed that (1) the ratio of remembering positive emotional events increased with an increase in subjective happiness; (2) the ratio of communicating with others by less happy people was significantly lower than that by individuals with medium and high levels of happiness; and (3) the intensity of emotions was not associated with differences in individual happiness. Finally, the structures of subjective happiness from the viewpoint of autobiographical memories and emotions are discussed.