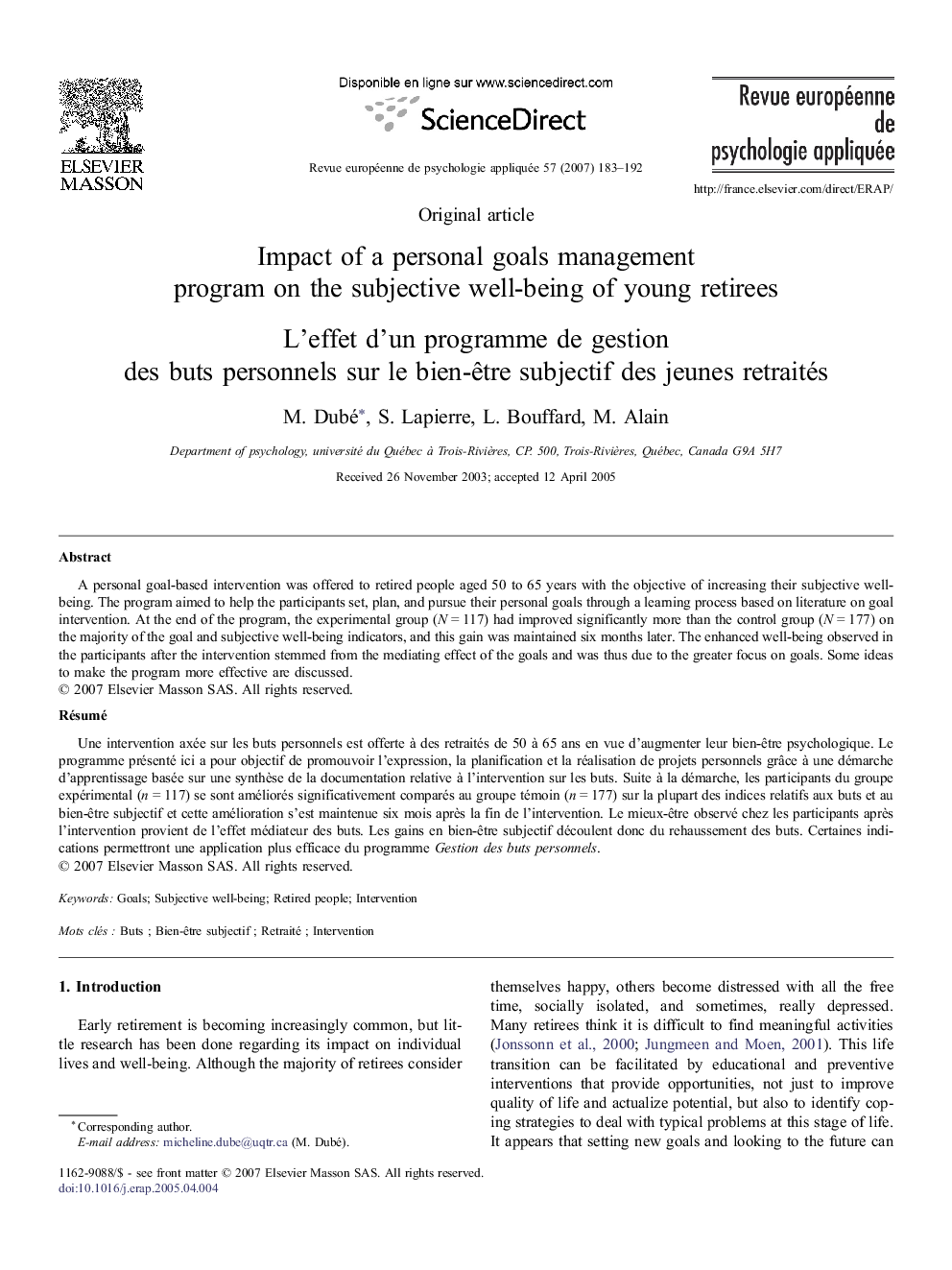 Abstract A personal goal-based intervention was offered to retired people aged 50 to 65 years with the objective of increasing their subjective well-being. The program aimed to help the participants set, plan, and pursue their personal goals through a learning process based on literature on goal intervention. At the end of the program, the experimental group (N = 117) had improved significantly more than the control group (N = 177) on the majority of the goal and subjective well-being indicators, and this gain was maintained six months later. The enhanced well-being observed in the participants after the intervention stemmed from the mediating effect of the goals and was thus due to the greater focus on goals. Some ideas to make the program more effective are discussed.

6. Conclusion The personal goal management program was built on a strong theoretical and empirical foundation; setting, planning, and pursuing a specific project was broken down into several steps that guided the participants through the process from desire to the attainment of their goals. The literature showed that each of the steps in this process enhances SWB. The program was effective with young retirees. The intervention generated significant benefits in the participants and is promising since it also had positive effects in older adults (Bouffard et al., 1996; Dubé et al., 2000) and university students (Bouffard et al., 2001). It thus achieved one of its objectives: to develop lasting well-being.