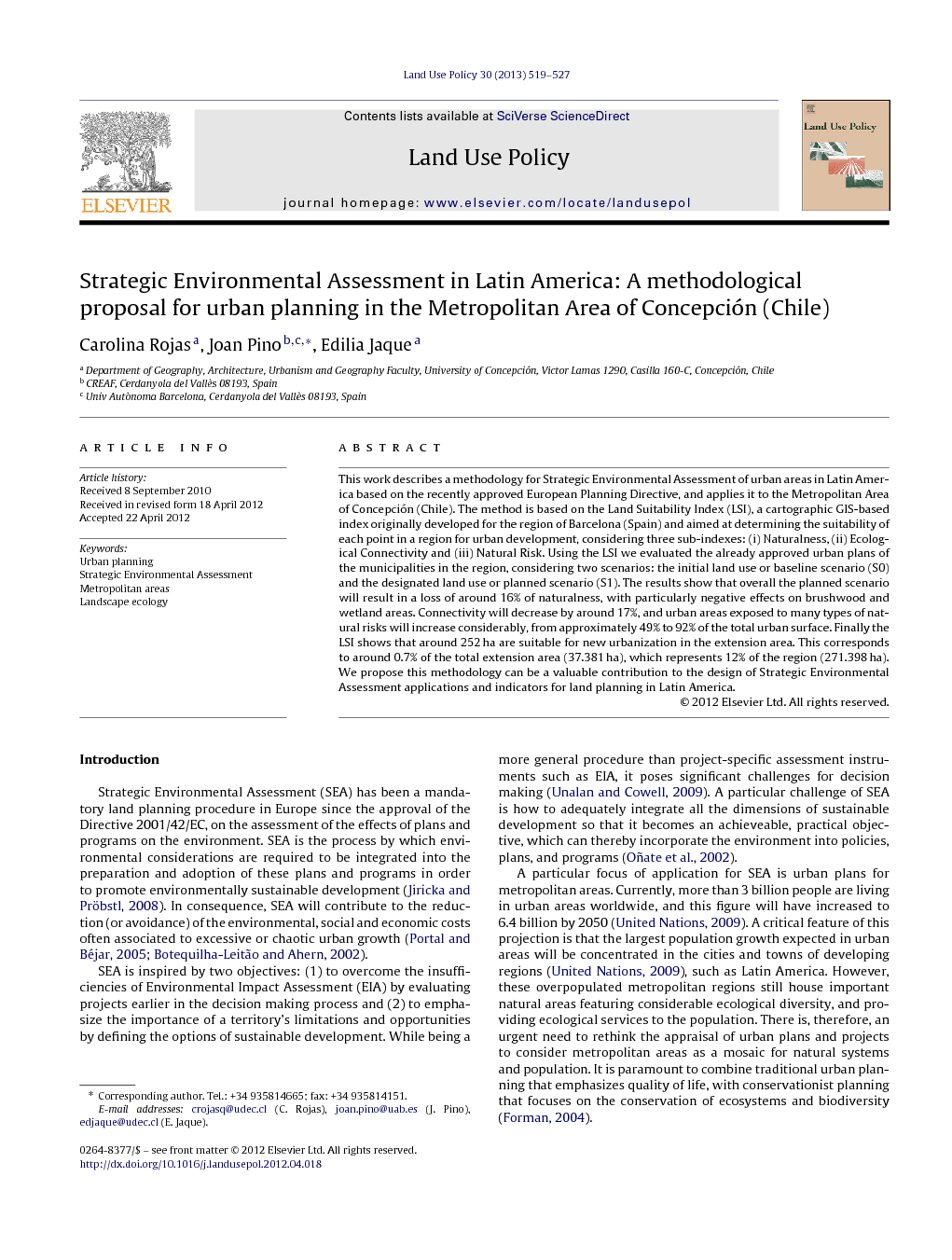 This work describes a methodology for Strategic Environmental Assessment of urban areas in Latin America based on the recently approved European Planning Directive, and applies it to the Metropolitan Area of Concepción (Chile). The method is based on the Land Suitability Index (LSI), a cartographic GIS-based index originally developed for the region of Barcelona (Spain) and aimed at determining the suitability of each point in a region for urban development, considering three sub-indexes: (i) Naturalness, (ii) Ecological Connectivity and (iii) Natural Risk. Using the LSI we evaluated the already approved urban plans of the municipalities in the region, considering two scenarios: the initial land use or baseline scenario (S0) and the designated land use or planned scenario (S1). The results show that overall the planned scenario will result in a loss of around 16% of naturalness, with particularly negative effects on brushwood and wetland areas. Connectivity will decrease by around 17%, and urban areas exposed to many types of natural risks will increase considerably, from approximately 49% to 92% of the total urban surface. Finally the LSI shows that around 252 ha are suitable for new urbanization in the extension area. This corresponds to around 0.7% of the total extension area (37.381 ha), which represents 12% of the region (271.398 ha). We propose this methodology can be a valuable contribution to the design of Strategic Environmental Assessment applications and indicators for land planning in Latin America.