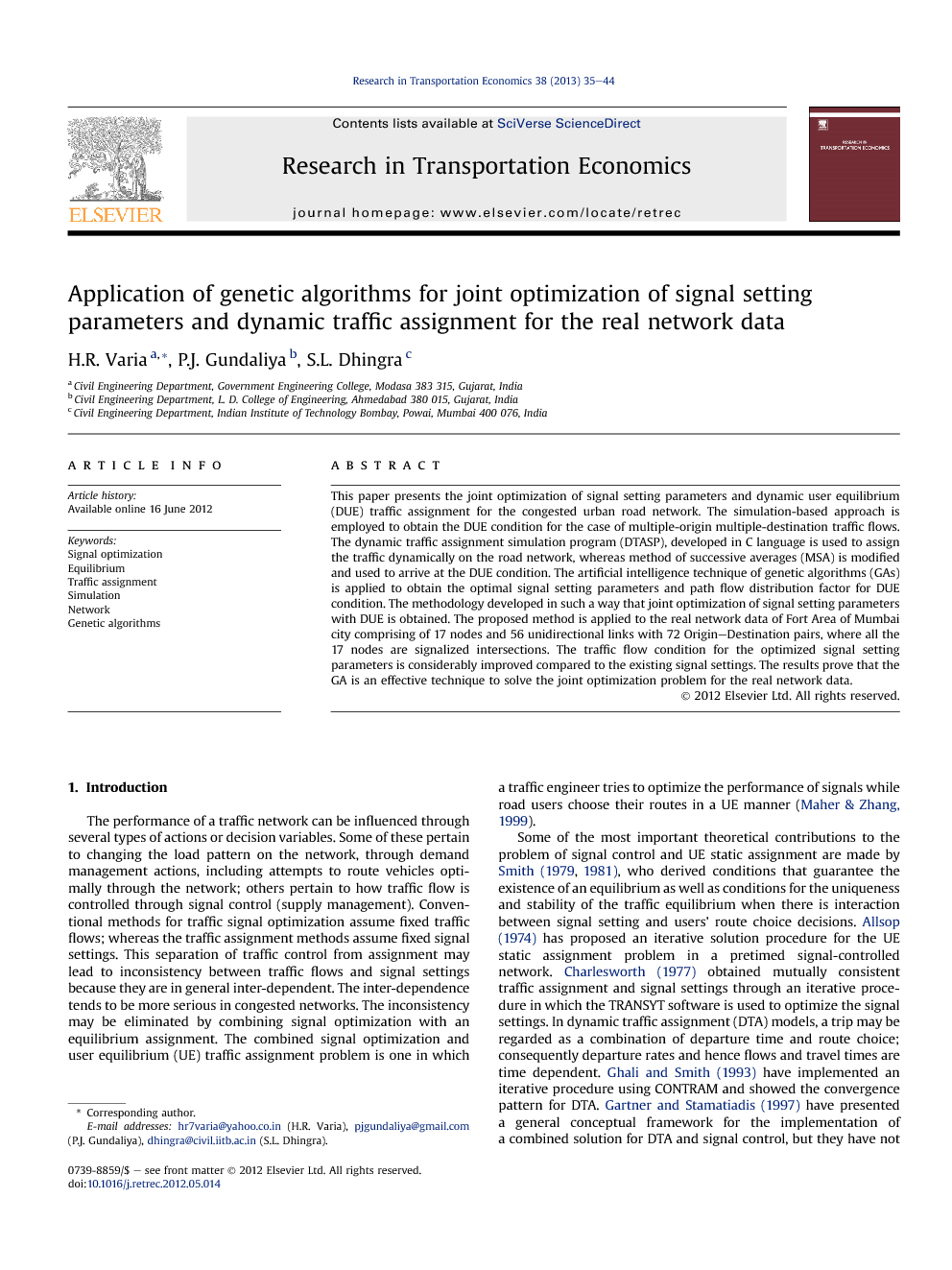 This paper presents the joint optimization of signal setting parameters and dynamic user equilibrium (DUE) traffic assignment for the congested urban road network. The simulation-based approach is employed to obtain the DUE condition for the case of multiple-origin multiple-destination traffic flows. The dynamic traffic assignment simulation program (DTASP), developed in C language is used to assign the traffic dynamically on the road network, whereas method of successive averages (MSA) is modified and used to arrive at the DUE condition. The artificial intelligence technique of genetic algorithms (GAs) is applied to obtain the optimal signal setting parameters and path flow distribution factor for DUE condition. The methodology developed in such a way that joint optimization of signal setting parameters with DUE is obtained. The proposed method is applied to the real network data of Fort Area of Mumbai city comprising of 17 nodes and 56 unidirectional links with 72 Origin–Destination pairs, where all the 17 nodes are signalized intersections. The traffic flow condition for the optimized signal setting parameters is considerably improved compared to the existing signal settings. The results prove that the GA is an effective technique to solve the joint optimization problem for the real network data.