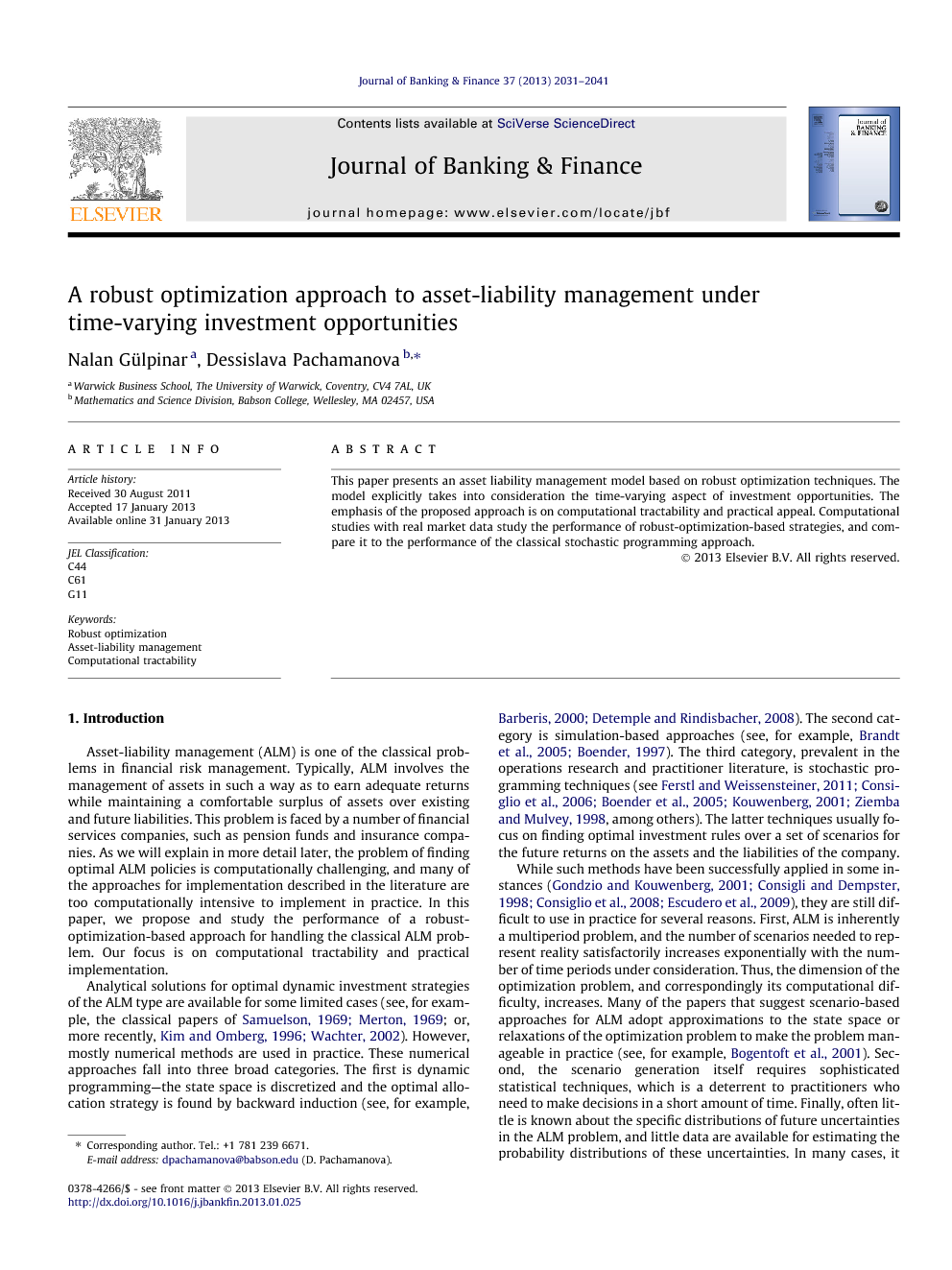 This paper presents an asset liability management model based on robust optimization techniques. The model explicitly takes into consideration the time-varying aspect of investment opportunities. The emphasis of the proposed approach is on computational tractability and practical appeal. Computational studies with real market data study the performance of robust-optimization-based strategies, and compare it to the performance of the classical stochastic programming approach.