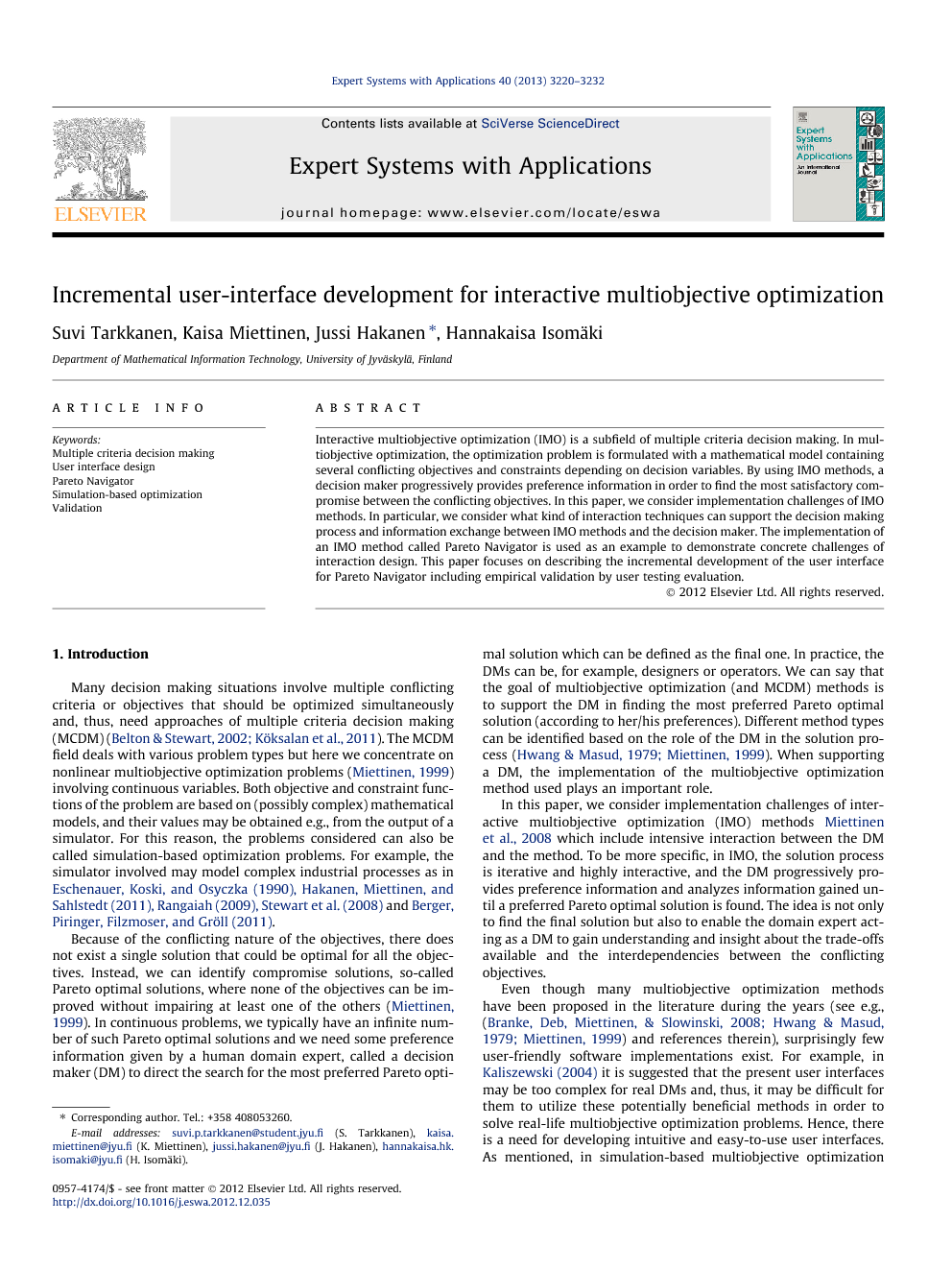 Interactive multiobjective optimization (IMO) is a subfield of multiple criteria decision making. In multiobjective optimization, the optimization problem is formulated with a mathematical model containing several conflicting objectives and constraints depending on decision variables. By using IMO methods, a decision maker progressively provides preference information in order to find the most satisfactory compromise between the conflicting objectives. In this paper, we consider implementation challenges of IMO methods. In particular, we consider what kind of interaction techniques can support the decision making process and information exchange between IMO methods and the decision maker. The implementation of an IMO method called Pareto Navigator is used as an example to demonstrate concrete challenges of interaction design. This paper focuses on describing the incremental development of the user interface for Pareto Navigator including empirical validation by user testing evaluation.