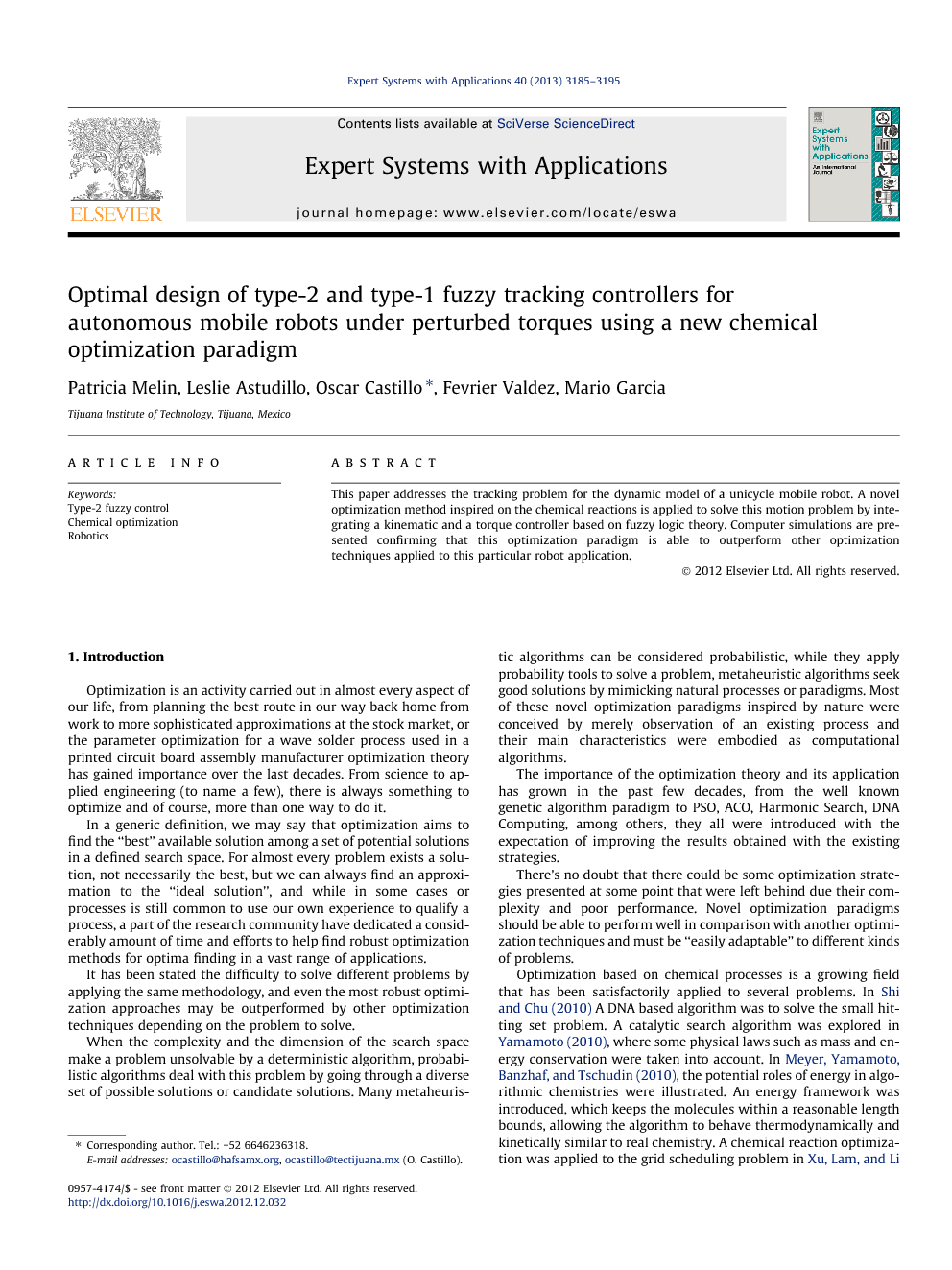 This paper addresses the tracking problem for the dynamic model of a unicycle mobile robot. A novel optimization method inspired on the chemical reactions is applied to solve this motion problem by integrating a kinematic and a torque controller based on fuzzy logic theory. Computer simulations are presented confirming that this optimization paradigm is able to outperform other optimization techniques applied to this particular robot application.

In this paper, we presented simulation results from an optimization method that mimics chemical reactions applied to the problem of tracking control. The goal was to find the gain constants involved in the tracking controller for the dynamic model of a unicycle mobile robot. In the figures of the experiments we are able to note de behavior of the algorithm and the solutions found through all the iterations. Simulation results show that the proposed optimization method is able to outperform the results previously obtained applying a genetic algorithm optimization technique. The optimal type-1 fuzzy logic controller obtained with the proposed chemical paradigm has been able to reach smaller error values in less time than genetic algorithms. Also, the type-2 fuzzy controller was able to perform better under the presence of disturbance for this problem in despite of the “large” initial error obtained (without disturbance). The main reason behind the better performance of the CRA method in this problem is the difference with other optimization techniques in that no external parameters are taken into account to evaluate the results, while other algorithms introduce additional parameters, and the CRA is a very straight forward methodology that takes into account only the basic characteristics of the chemical reactions (synthesis, decomposition, substitution and double-substitution) to find the optimal solution for an optimization problem.