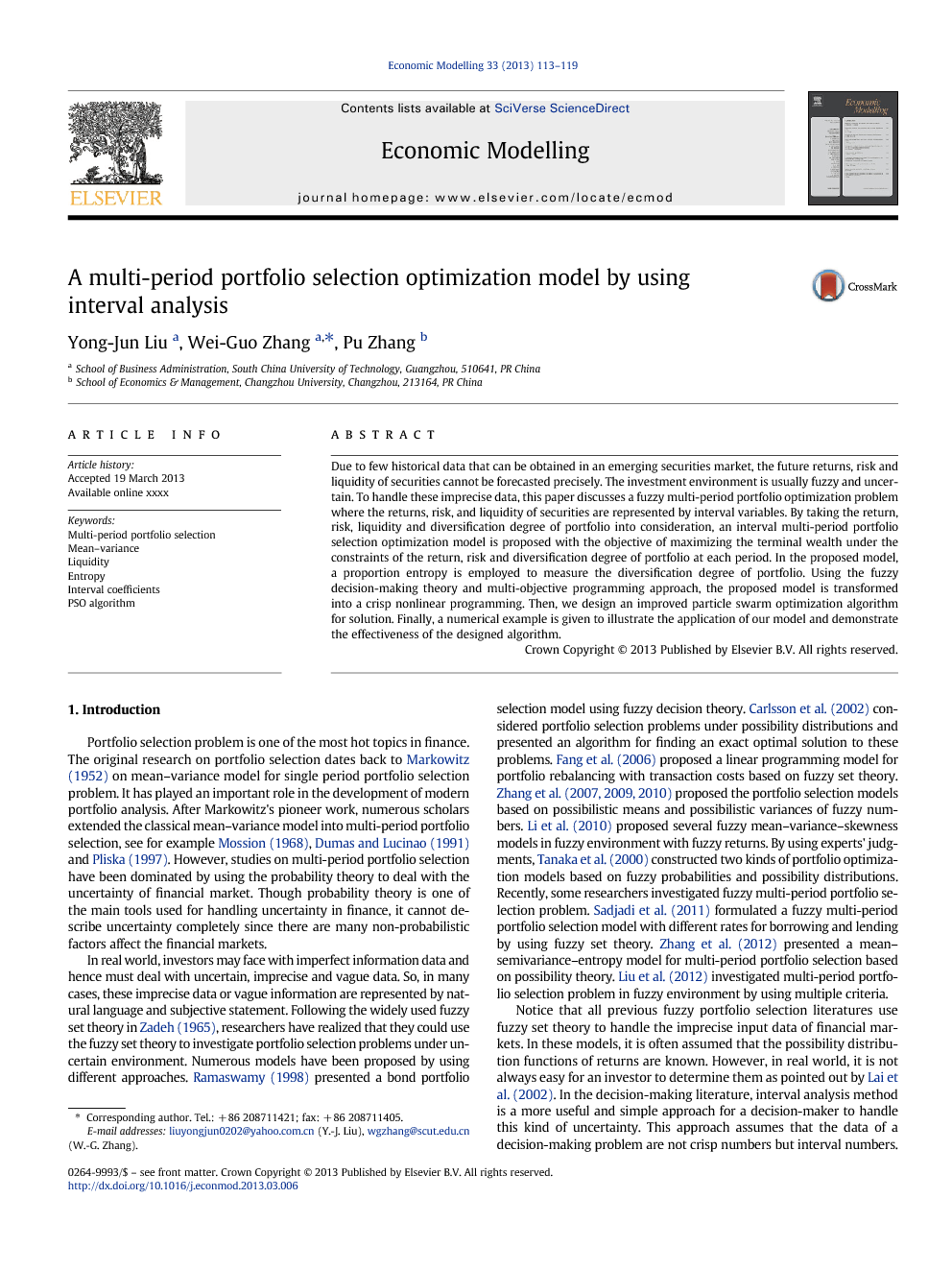 Due to few historical data that can be obtained in an emerging securities market, the future returns, risk and liquidity of securities cannot be forecasted precisely. The investment environment is usually fuzzy and uncertain. To handle these imprecise data, this paper discusses a fuzzy multi-period portfolio optimization problem where the returns, risk, and liquidity of securities are represented by interval variables. By taking the return, risk, liquidity and diversification degree of portfolio into consideration, an interval multi-period portfolio selection optimization model is proposed with the objective of maximizing the terminal wealth under the constraints of the return, risk and diversification degree of portfolio at each period. In the proposed model, a proportion entropy is employed to measure the diversification degree of portfolio. Using the fuzzy decision-making theory and multi-objective programming approach, the proposed model is transformed into a crisp nonlinear programming. Then, we design an improved particle swarm optimization algorithm for solution. Finally, a numerical example is given to illustrate the application of our model and demonstrate the effectiveness of the designed algorithm.

In this paper, we discuss a multi-period portfolio selection problem in fuzzy environment, in which the returns, risk and turnover rates of risky assets are characterized by interval variables rather than single values. We use interval analysis approach to handle the imprecise data in financial markets and propose a multi-period interval portfolio optimization model. Since the proposed model is an interval programming problem, we use the fuzzy decision-making technique to convert it into a crisp form nonlinear programming problem. Then, a particle swarm optimization algorithm is designed for solution. A numerical example is given to illustrate the application of the proposed model and demonstrate the effectiveness of the designed algorithm for solving our model. Numerical results show that investor's preference, expert's knowledge and vague judgments can be well incorporated into our model.