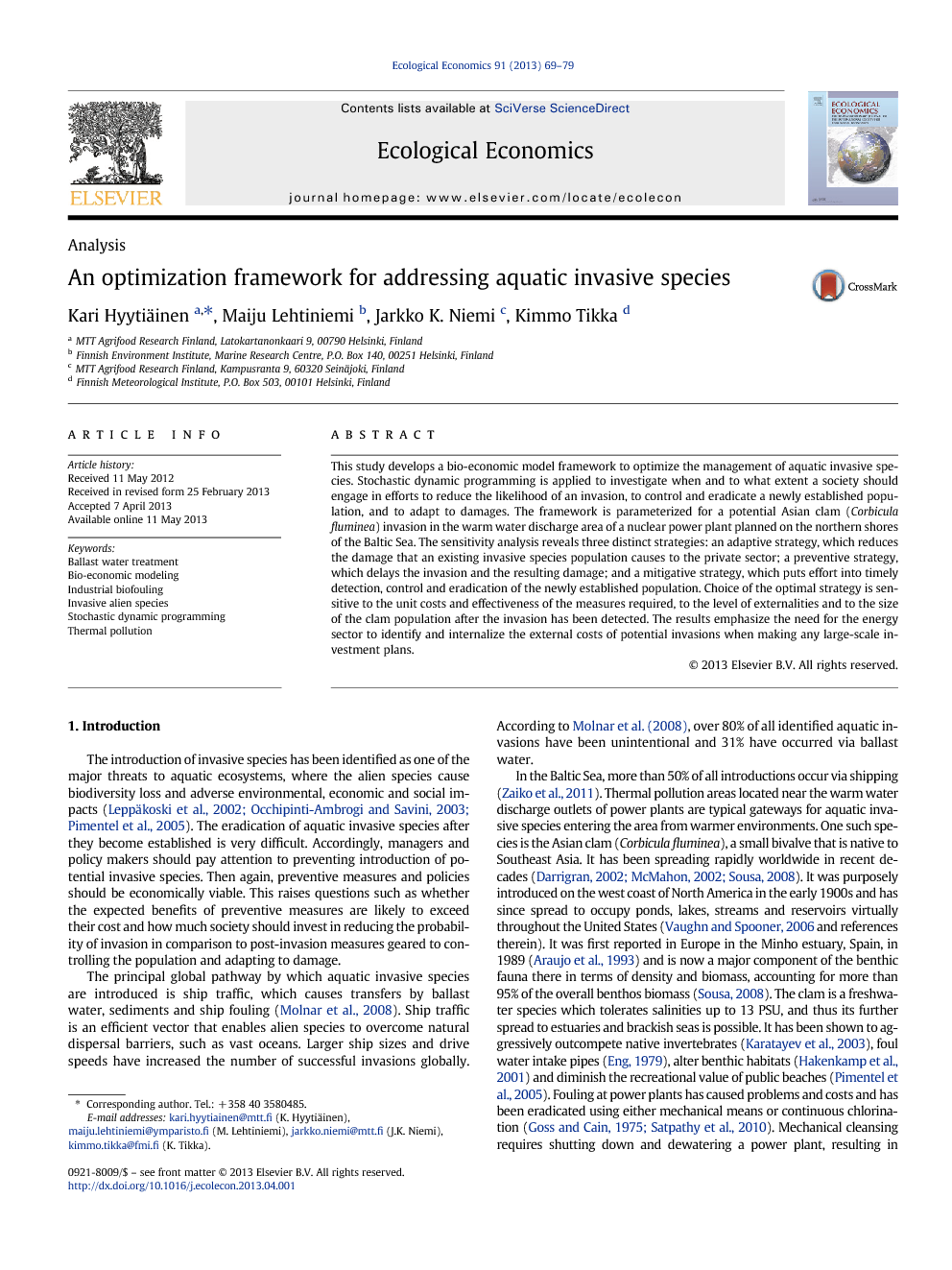 This study develops a bio-economic model framework to optimize the management of aquatic invasive species. Stochastic dynamic programming is applied to investigate when and to what extent a society should engage in efforts to reduce the likelihood of an invasion, to control and eradicate a newly established population, and to adapt to damages. The framework is parameterized for a potential Asian clam (Corbicula fluminea) invasion in the warm water discharge area of a nuclear power plant planned on the northern shores of the Baltic Sea. The sensitivity analysis reveals three distinct strategies: an adaptive strategy, which reduces the damage that an existing invasive species population causes to the private sector; a preventive strategy, which delays the invasion and the resulting damage; and a mitigative strategy, which puts effort into timely detection, control and eradication of the newly established population. Choice of the optimal strategy is sensitive to the unit costs and effectiveness of the measures required, to the level of externalities and to the size of the clam population after the invasion has been detected. The results emphasize the need for the energy sector to identify and internalize the external costs of potential invasions when making any large-scale investment plans.