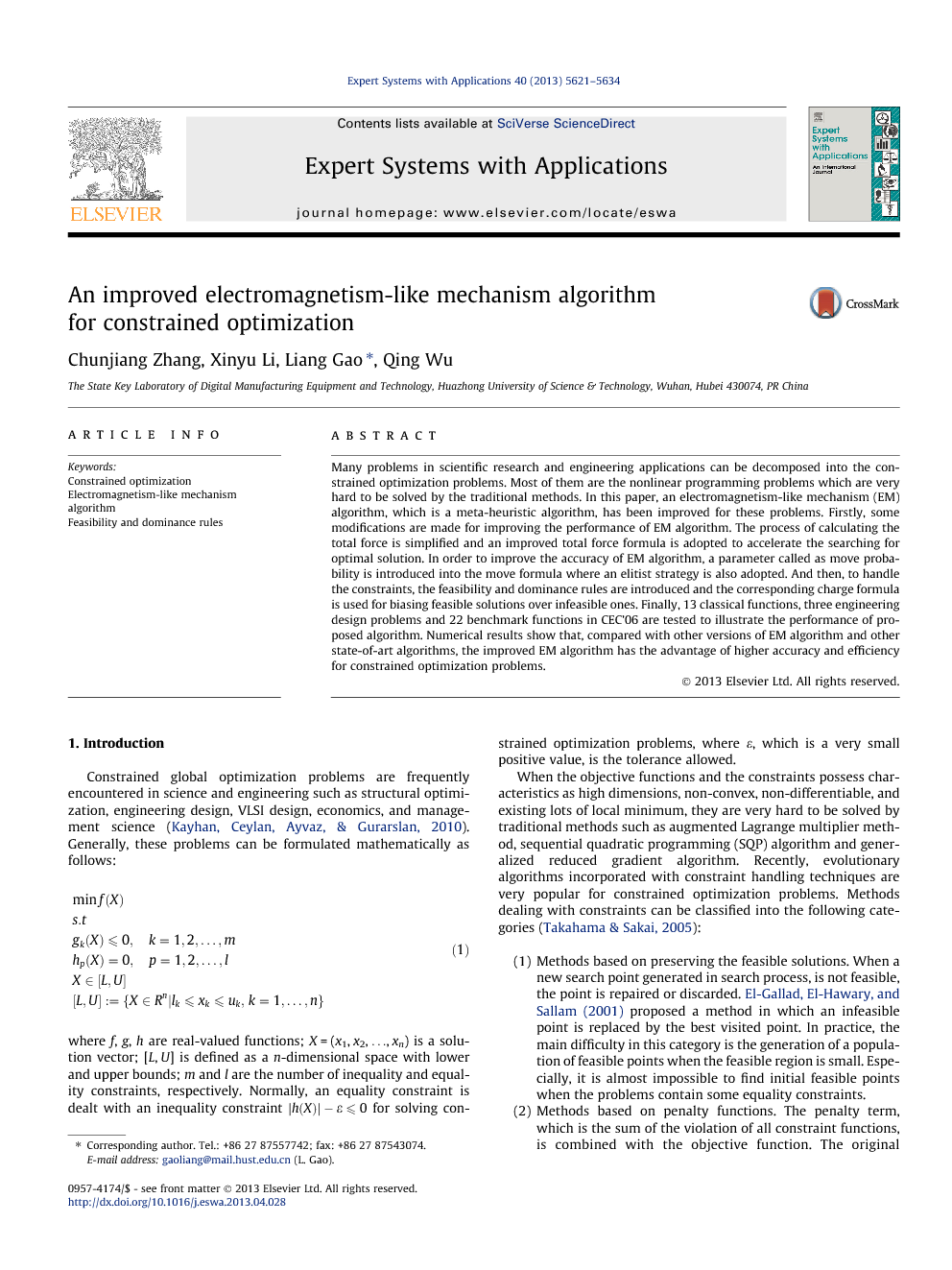 Many problems in scientific research and engineering applications can be decomposed into the constrained optimization problems. Most of them are the nonlinear programming problems which are very hard to be solved by the traditional methods. In this paper, an electromagnetism-like mechanism (EM) algorithm, which is a meta-heuristic algorithm, has been improved for these problems. Firstly, some modifications are made for improving the performance of EM algorithm. The process of calculating the total force is simplified and an improved total force formula is adopted to accelerate the searching for optimal solution. In order to improve the accuracy of EM algorithm, a parameter called as move probability is introduced into the move formula where an elitist strategy is also adopted. And then, to handle the constraints, the feasibility and dominance rules are introduced and the corresponding charge formula is used for biasing feasible solutions over infeasible ones. Finally, 13 classical functions, three engineering design problems and 22 benchmark functions in CEC’06 are tested to illustrate the performance of proposed algorithm. Numerical results show that, compared with other versions of EM algorithm and other state-of-art algorithms, the improved EM algorithm has the advantage of higher accuracy and efficiency for constrained optimization problems.