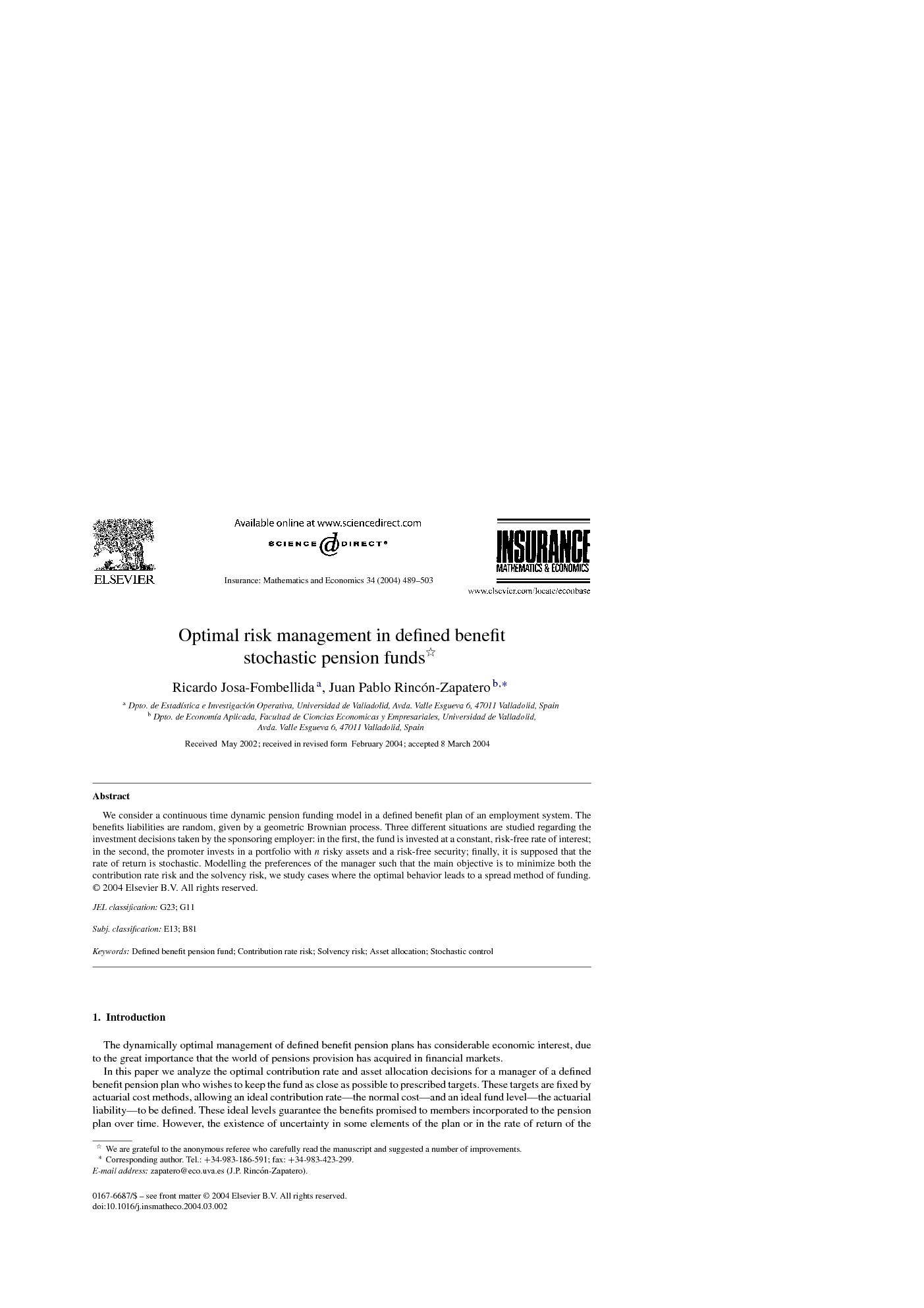 We consider a continuous time dynamic pension funding model in a defined benefit plan of an employment system. The benefits liabilities are random, given by a geometric Brownian process. Three different situations are studied regarding the investment decisions taken by the sponsoring employer: in the first, the fund is invested at a constant, risk-free rate of interest; in the second, the promoter invests in a portfolio with n risky assets and a risk-free security; finally, it is supposed that the rate of return is stochastic. Modelling the preferences of the manager such that the main objective is to minimize both the contribution rate risk and the solvency risk, we study cases where the optimal behavior leads to a spread method of funding.

We have studied the problem of pension funding in a defined benefit pension plan from the perspective of a manager who wishes to keep the fund to prescribed targets with the aim of minimizing the solvency risk and the contribution rate risk. The liabilities outgo is subject to disturbances influencing the evolution of the pension management. We study three scenarios and determine the optimal behavior of the controller for each one. We find that it is always possible to choose—in a rather natural way—the technical rate of actualization such that the supplementary cost is proportional to the unfunded actuarial liability. The paper shows that the expected value of the fund converges faster in the long run to the expected value of the actuarial liability when the agent diversifies her or his investment. The investment in high return, high risk assets decreases linearly as the fund increase towards the ideal value, but even when F exactly matches AL, the optimal investment in risky assets is not null. This behavior implies taking more and more risks when the level of the fund is low, but it demands selling the risky assets short when the fund is operating with a large surplus. An interesting question is to consider that the rate of return of the bond is not constant, but that it follows some stochastic process, as proposed by Vasicek (1977) or Cox et al. (1985). This is the approach taken in the recent papers of Boulier et al. (2001) and Deelstra et al. (2003) in defined contribution pension funds.