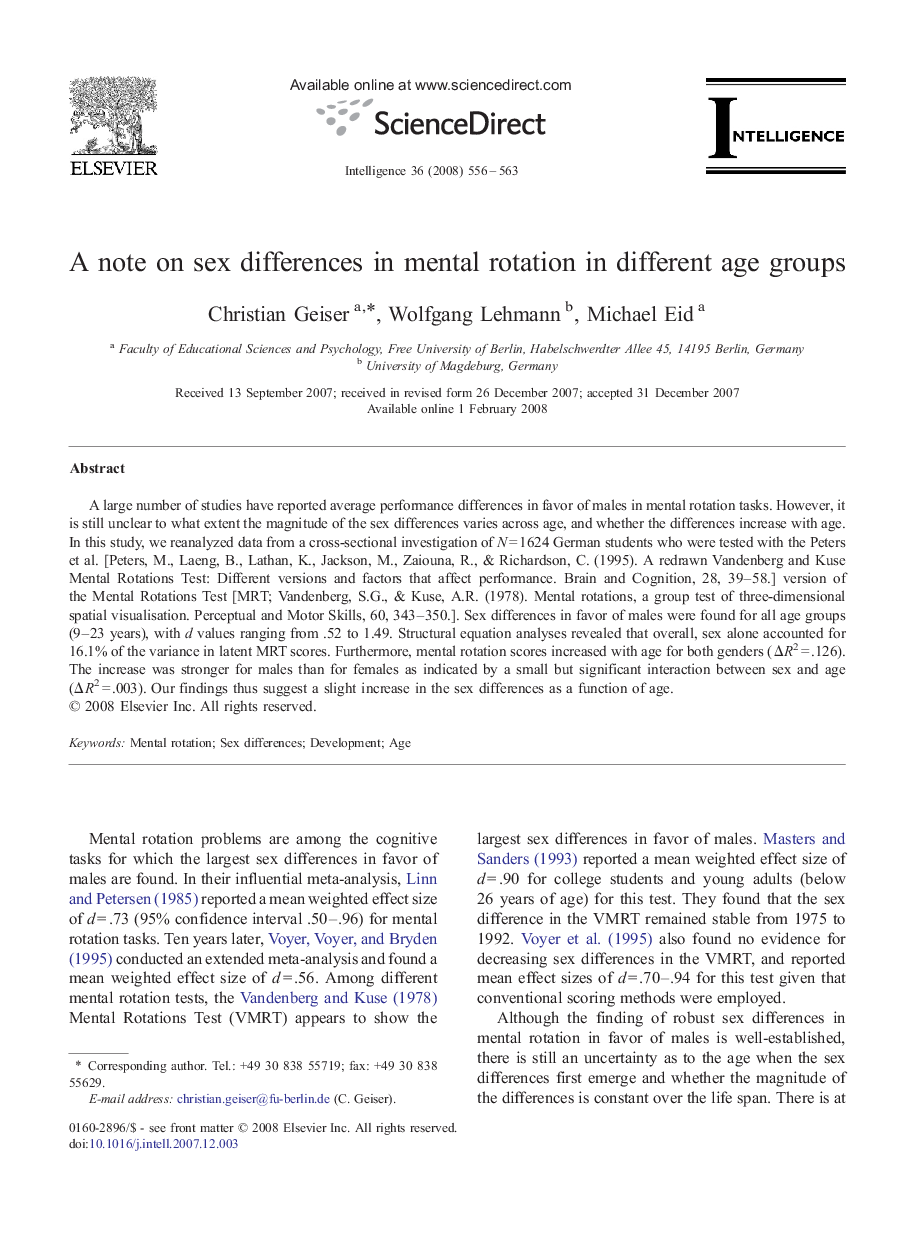 A large number of studies have reported average performance differences in favor of males in mental rotation tasks. However, it is still unclear to what extent the magnitude of the sex differences varies across age, and whether the differences increase with age. In this study, we reanalyzed data from a cross-sectional investigation of N = 1624 German students who were tested with the Peters et al. [Peters, M., Laeng, B., Lathan, K., Jackson, M., Zaiouna, R., & Richardson, C. (1995). A redrawn Vandenberg and Kuse Mental Rotations Test: Different versions and factors that affect performance. Brain and Cognition, 28, 39–58.] version of the Mental Rotations Test [MRT; Vandenberg, S.G., & Kuse, A.R. (1978). Mental rotations, a group test of three-dimensional spatial visualisation. Perceptual and Motor Skills, 60, 343–350.]. Sex differences in favor of males were found for all age groups (9–23 years), with d values ranging from .52 to 1.49. Structural equation analyses revealed that overall, sex alone accounted for 16.1% of the variance in latent MRT scores. Furthermore, mental rotation scores increased with age for both genders (ΔR2 = .126). The increase was stronger for males than for females as indicated by a small but significant interaction between sex and age (ΔR2 = .003). Our findings thus suggest a slight increase in the sex differences as a function of age.