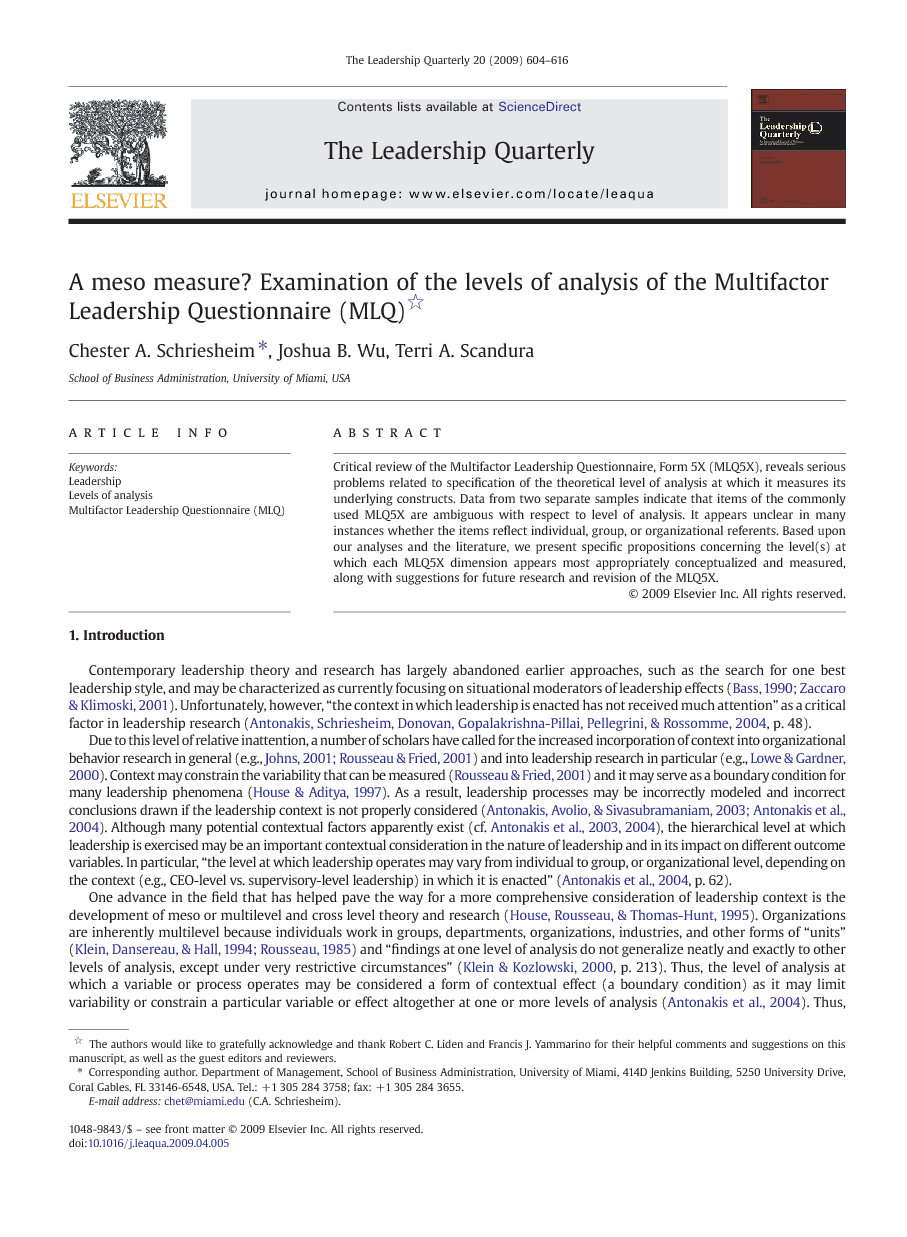 Critical review of the Multifactor Leadership Questionnaire, Form 5X (MLQ5X), reveals serious problems related to specification of the theoretical level of analysis at which it measures its underlying constructs. Data from two separate samples indicate that items of the commonly used MLQ5X are ambiguous with respect to level of analysis. It appears unclear in many instances whether the items reflect individual, group, or organizational referents. Based upon our analyses and the literature, we present specific propositions concerning the level(s) at which each MLQ5X dimension appears most appropriately conceptualized and measured, along with suggestions for future research and revision of the MLQ5X.

This research was undertaken in an attempt to provide constructive commentary and analysis to improve the level of analysis alignment between the MLQ5X and the constructs that it is designed to measure. As Nunnally & Bernstein (1994) and others have suggested, scale validation can be thought of as a never-ending process in that we should be constantly improving our measures so as to continually enhance our empirical investigations and resultant theories. Content validity with respect to item level of analysis is a topic that has received scant theoretical and empirical attention in the literature to-date, but our results suggest that it clearly deserves more attention in the future. The MLQ5X is the product of much psychometric and theoretical work. We believe that it has earned its place as the most popular measure of transformational and transactional leadership through the effort and diligent labors of its developers and many other scholars in the field. Additionally, much has been learned about transformational and transactional leadership through the application of the MLQ, and our purpose has not been to unnecessarily criticize or belittle the value of these contributions. To the contrary, we hope that the current work will help to focus and guide continued future development and refinement of the MLQ, so that it remains vital as an instrument for use in our future endeavors to better understand transformational and transactional leadership phenomena.